Interview with the Katie Saull 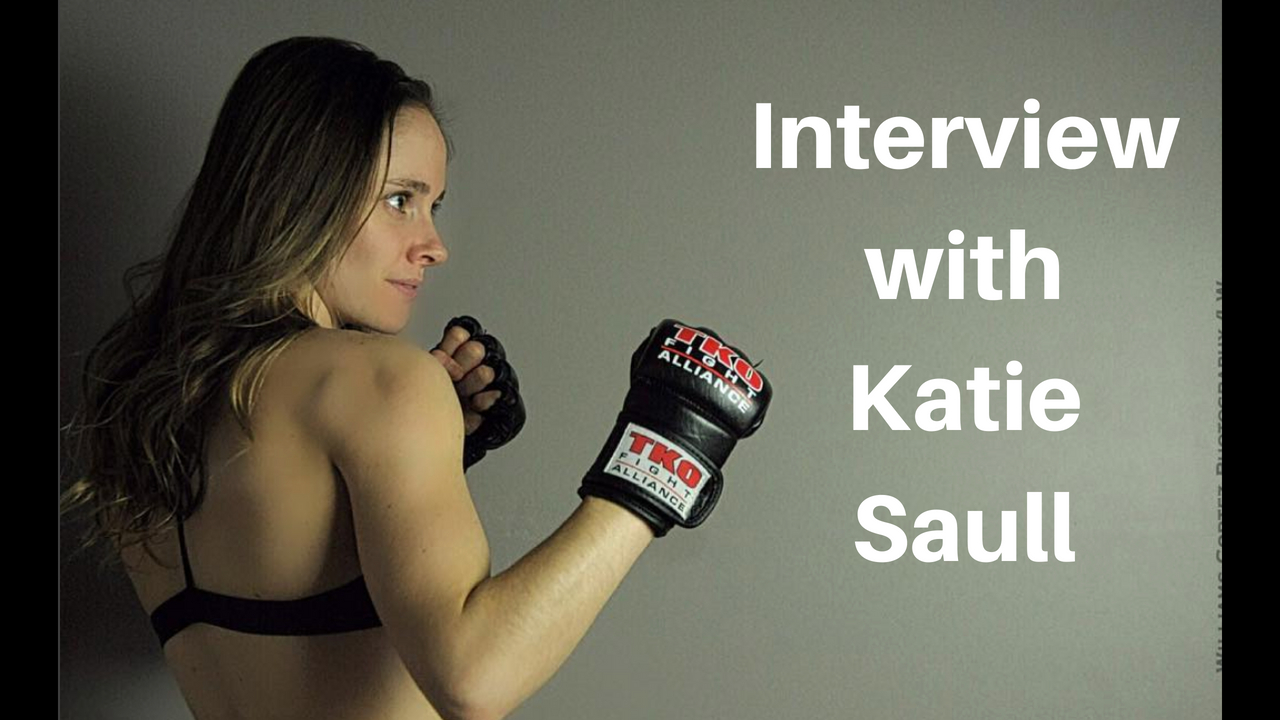 Katie Saull stands as one of the rising female atom-weight fighters.
Though she started her career on a low note, today she rides a 3 fight
winning streak which includes a win over popular MMA fighter, Andy
Nguyen. In her most recent match-up she defeated former Invicta FC
fighter, Katie Saull. She decided to take some time off to discuss future,
rumors about UFC atom-weight division, training at SBG Ireland and
more.

1. There were rumors that the UFC will open an atom-weight
division soon. What are your thoughts on it? Do you feel there
are enough women to support the atom-weight division?
My thoughts on the UFC opening an Atomweight Division are
pretty straight forward in the sense that I think it is a must. There
are enough women at 105 pounds competing but enough with a
tremendous amount of skill. Some major promotions have
inducted this weight class and continue to have them headlining
cards as well.

2. If the UFC does not start an atom-weight class, will you move up
to straw-weight? Do you plan on to try your luck in the USA or
try your hands in Asia, where the atom-weight division is taking
the lead?
If the UFC does not open an Atomweight division I do not foresee
myself moving up in weight as I am already rather small for 105
pounds. I think Invicta and other major organizations have quite a
bit of competition to offer if nothing can happen with the UFC. I

plan to continue my journey towards a world title in Invicta, but
plan to keep my head down and get the wins necessary in King of
the Cage beforehand.

3. Atom-weight as of now, has four top contenders: 1. Jinh Yu Frey,
2. Seo Hee Ham, 3. Ayaka Hamasaki and 4. Kanna Asakura. Who
according to you is the world number 1 amongst them? Do you
plan on to fight in the promotion where you feel the world
number 1 is?
I do plan on fighting where the number one contenders at 105
pounds are, and feeling it is right to fight the best when it is all
said and done, and beat them. If I had to say who the best was at
105 lbs that is a tough one, but it is between Seo Hee Ham and
Ayaka Hamasaki. The reason being is the depth of their
competition. Kanna Asakura is amazing but has not had to face
the likes of Seo Hee Ham or Jin Yu Frey. The two top ones have
faced the best and won.

4. You are currently on a 3 fight winning streak. Do you see
yourself fighting for the KOTC women’s atomweight title next?
I do see myself fighting for the KOTC Atomweight title next,
though I have lost to Bi Nyguen in the past,that re match was
offered to them before the Hinshaw fight and it couldn’t take
place. I think due to whom I’ve beaten in the last 3, it only makes
sense that I am offered the title fight.

5. You changed your camp to SBG Ireland. How has it affected you?
How does it feel to work in a gym where former UFC champions
like Conor McGregor have trained?
Since moving to SBG Ireland it feels pretty outstanding training
day to day amongst fighters as hungry as yourself, with the same

goals in mind. We all want to be the best and with the coaching of
John Kavanagh, Owen Roddy and several others, I foresee that
happening for the hardest and SMARTEST working fighters in our
gym.

6. What are your next plans?
My next plans are to win the KOTC Atomweight Title and then to
defend it. Beyond those two remaining 5 round fights, I am almost
certain big things are to come. What those are, I am unsure but I
believe in my skill set and my coaches mind so we are supremely
confident.

7. Women in the MMA world have time and again come out and
said that looks play a role in their career. They have pointed out
that beautiful women get an unfair push. Do you think that is
true? Have you ever experienced any such problem?
I believe that looks do play a large role in MMA for women, I
haven’t yet experienced a problem first hand, I have only seen
this happen on a UFC level. It doesn’t concern me a large amount
because what tends to happen is when looks get an unfair push
they get pushed into a fight they aren’t ready for, and it all evens
out. Invicta is a great example of a promotion that doesn’t
discriminate in terms of looks and takes a female fighter from any
country, who deserves it, and gives them a chance to perform.

8. Do you have any other hobbies apart from fighting?
I do not have a plethora of hobbies outside of fighting, as I work
partime and need a lot of rest, what I do enjoy is time with my
other half and animals are a fun past time. Due to the fact we are
new to Ireland, visiting the Dublin Zoo that is a part of many good

causes, is fun for us. My work is in a Whiskey Shop in downtown
Dublin, so getting to know new facts about Whiskey has been
neat as well (I only partake in the tasting when there are no fights
in sight haha)

9. A message for your fans.
A message to the fans: “The Queen of the North” has been
humbled and gone back to the drawing board more than once.
Controversy is my best friend and since moving to Ireland we have
a future world champion in the making. Winter is Coming.