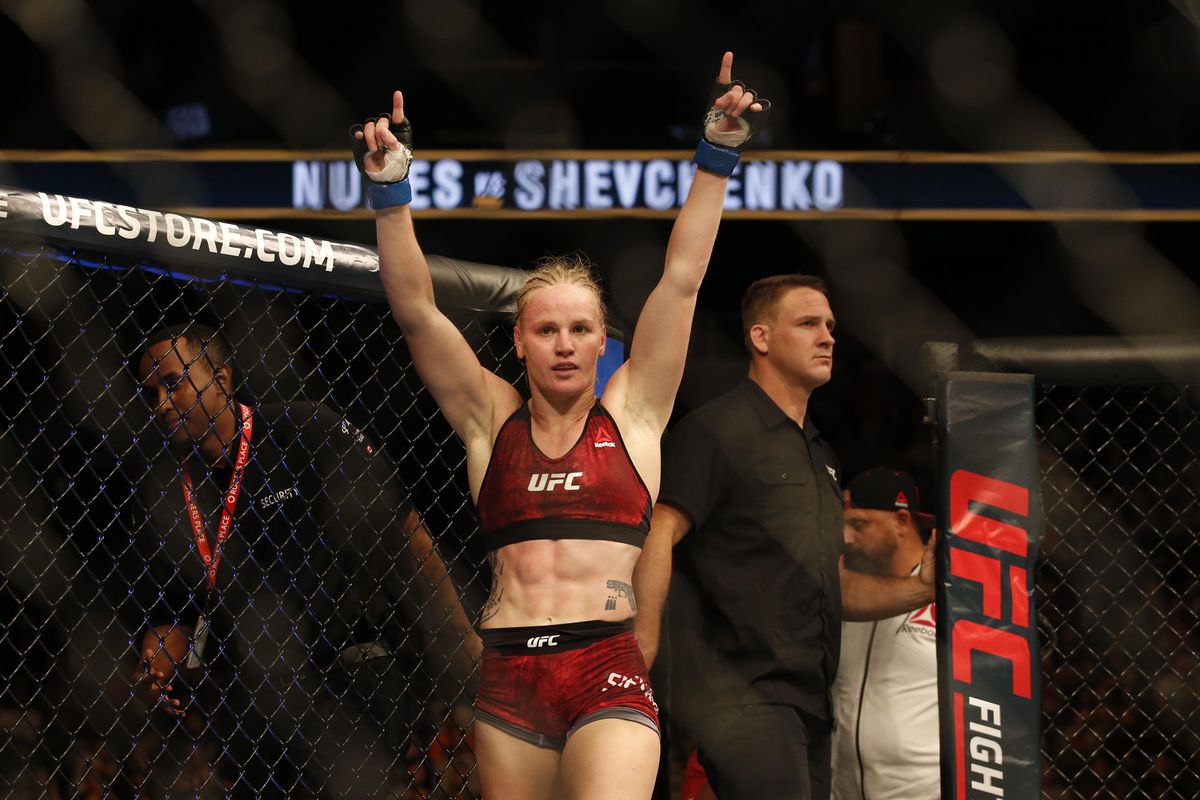 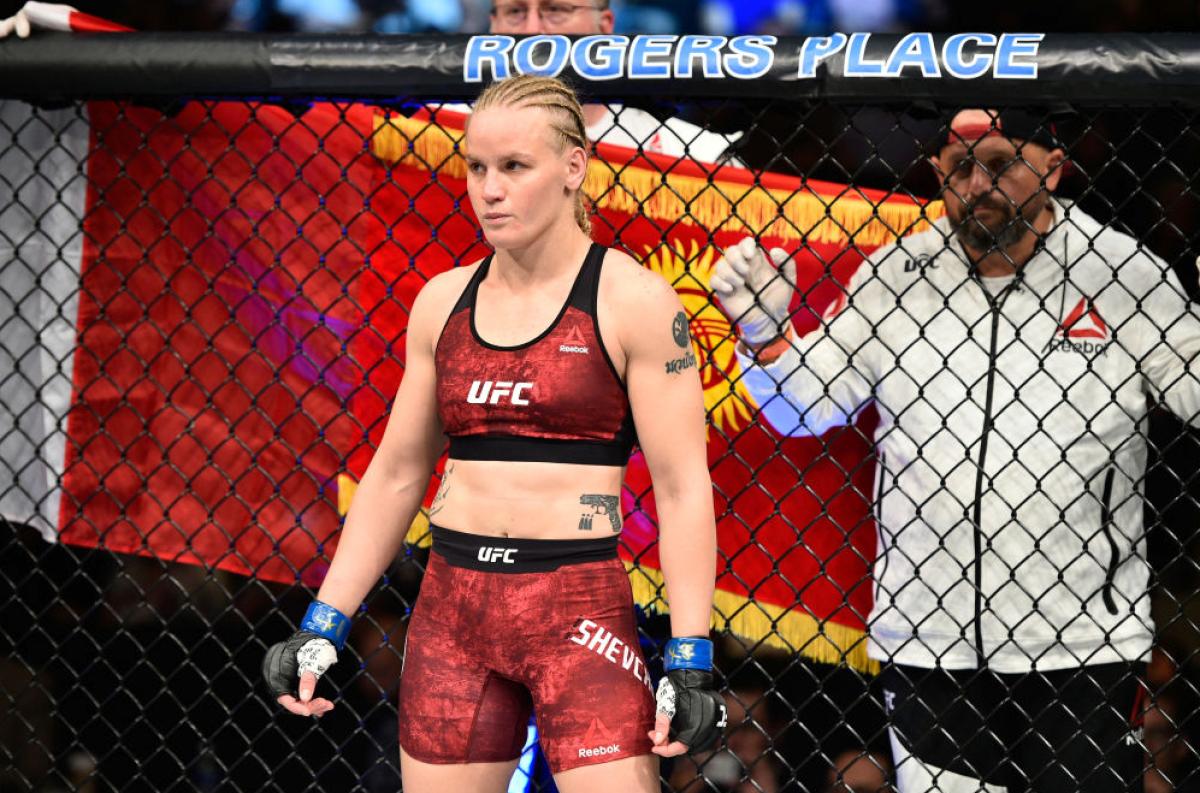 UFC returns to Brazil this weekend, and has put on a stunner of a card. With the return of ‘The
Dragon’, the event boasts of major star power, and has some intriguing match ups. One of the fights
the fans are looking forward to, is the showdown between former bantamweight title challenger,
Valentina Shevchenko, and promotional new comer, Priscila Cachoeira.

“Because from the beginning, when UFC decided to create a new weight class for the girls at 125, I
knew that I would be fighting there, because I feel this is more better for me”, Valentina told us
during an exclusive interview. “I was good and feeling comfortable fighting at bantamweight – 135
pounds. This flyweight division is more for me, because everytime, I was fighting bigger sized
opponents, and heavier opponents. It was because of my preparations, or otherwise do the other
type of work, such as measuring distance.”

Valentina also highlighted the fact that she would be facing opponents of her size at flyweight.

“But this division (flyweight) is about the same sized opponent that I can fight, and my opponent
will be of exactly the same size – not heavier, not longer or taller. So, that’s the main reason (for
moving down a weight class).”

Shevchenko also told us that she did not have to cut large amounts of weight to make it to 125. In
fact, she said it was the first time she had to cut to make weight.

“It was not difficult at all, because my natural weight for 135 – I never cut any weight. It’s my
normal walking weight. With a bit of diet, I was able to cut down to 130, and I just have to cut 5
more pounds before the weigh ins, and it will be easier as we get closer to the weigh ins. I feel very
strong, the same strength I had at bantamweight, and I feel great. I feel perfect, and haven’t had any
affect through my diet or anything else.”

For months, the UFC tried to find an opponent for Shevchenko. From the Invicta FC Flyweight
Champion Jennifer Maia, to Paige VanZant, both the UFC and Valentina herself courted opponents,
but there were no takers.

“I know that the UFC had a difficult time to find an opponent for me, and most of them just
declined”, Valentina mused. “I didn’t want to wait too much; I just wanted to fight as much as I can,
and have the feeling you get when you’re going to the Octagon, when you feel the adrenaline. I’m
the type of fighter who needs this, and I don’t want to sit and train for a year without any fights. I
need this. I need to feel this competitive spirit. That’s why I agreed to the fight, and we’re in Belem
preparing for Saturday, and enjoying these last days, and seeing different sights of Belem.”

Valentina will be facing a promotional new – comer, but Priscila has garnered a reputation for her
fighting style before being recruited by the UFC. Priscila is naturally aggressive, and has never
shied away from standing and trading bombs with her opponents. Valentina said that the new
division will attract the top fighters from around the globe.

“She’s undefeated, and she has a very aggressive style”, Shevchenko said about her opponent for
this weekend. “She has strong hands, and everytime, she doesn’t wait. She just goes in and fights all
the time. I’m not expecting an easy fight, and I prepared like I usually do, and as good as I could.
My coach Pavel Fedotov trained me the same way, as he had for all the other fights. So I’m feeling
great. I feel very good, and focus on the days leading up to the fight, and to show everything (I’ve
worked on) during the fight. From my side, I will try to finish it as soon as I can.”

While the Kyrgyzstani born fighter trained in Thailand for her fights previously, this time around,
she told us that her camp started in Dubai, and she spent the majority of her camp in Houston.

“We started my training camp in Dubai. My sister, Antonina had a fight in Dubai, in Phoenix
Fighting Championship, and I started my training camp helping her, and also preparing myself for
my fight. And then we spent most of the time in Texas, in Houston. My coach Pavel Fedotov trained
me, and I was training with different sparring partners. And now, we’re here in Belem, and we’re
preparing in the last days here.”

A win this weekend will propel Shevchenko into the title picture, as she is the only established
fighter in the division. However, Valentina isn’t underestimating her opponent.

“I know she will go from the first minute, from the first second – from the very start of the fight.
My game plan is the same, to do what I know. My whole experience in martial arts, fighting more
than 20 years helps me, and I will just try to do my best.”

The question now is whether Shevchenko plans to continue at 125, or move back to 135. Valentina
isn’t ruling out the possibility of fighting at bantamweight; in fact, she told us that she has some
unfinished business.

“I will fight at 125, I plan to be here. But in the future, I want to have my rematch with Amanda,
because we have unfinished business. From our last fight, I know exactly that I never lost the fight.
So afterwards, I expect to have a rematch with her.”

Finally, Valentina promised to deliver a “beautiful, aggressive fight” this weekend, and had a
message for her fans.

“To my fans, I just want to thank them for supporting me every time. For sending in best wishes for
the fight, and from my side, I will do everything to make them happy. And to show beautiful,
technical, aggresive fight.”