Interview with Artem Lobov, ahead of his fight this weekend at UFC Moncton. 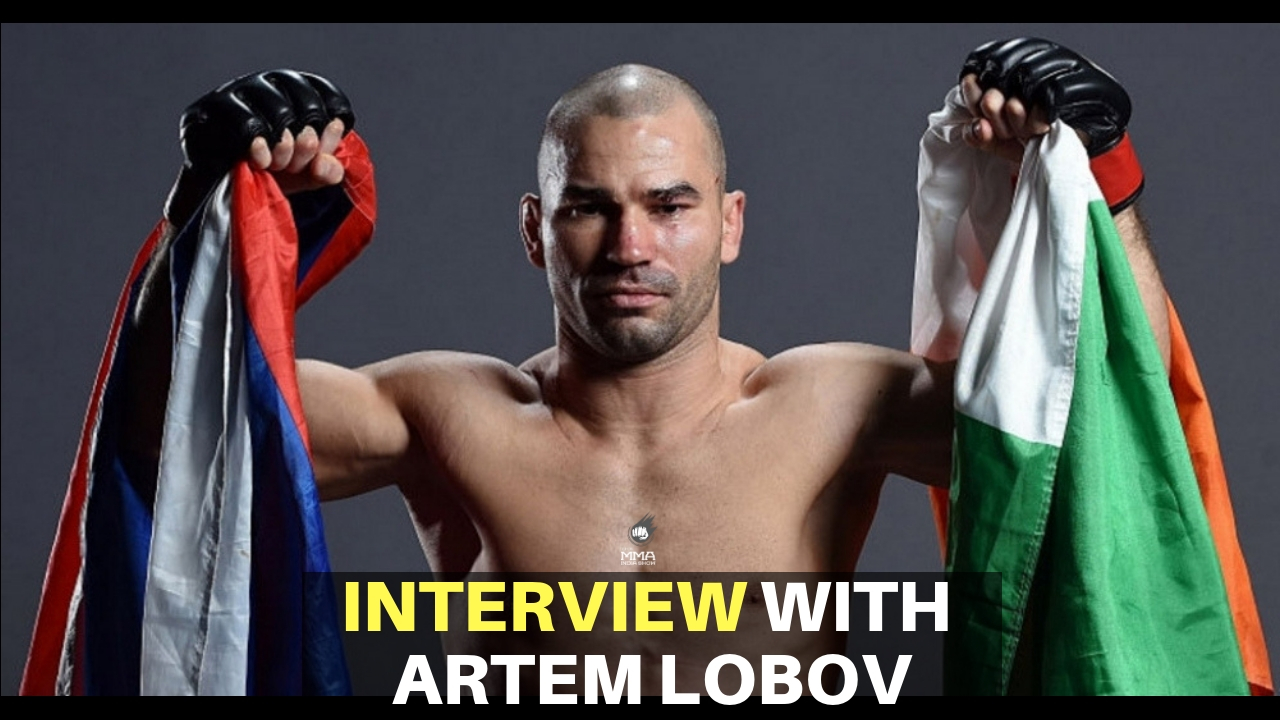 At UFC Moncton this weekend, Artem Lobov will fight a late replacement in Michael Johnson.
Lobov’s previous fight was canceled because of the infamous ‘Dolly Incident’ in Brooklyn, New York,
and Artem was originally scheduled to face the Russian Tukhugov at UFC Fight Night 138. There was
bad blood between the two fighters, but following the melee at UFC 229, where Tukhogov got into
an altercation with Conor McGregor, UFC removed Zubaira from the fight and replaced him with the
experienced Johnson instead.

“I always come to fight”
It is always difficult for a fighter when there is a change in opponent at the last minute. Not many
fighters agree to prepare for someone completely new towards the tail end of their training camp.
However, Lobov’s mindset is different, and ‘The Russian Hammer’ told us in an exclusive interview
that he always comes to fight, no matter who the opponent is.
When asked if it was difficult for him to change things up when a new opponent was announced,
Artem told us that he isn’t worried too much about the situation.
“Not really to be honest. I always come to fight, so nothing changes. I’m going to bring it like I always
do.”
Lobov also spoke briefly about his training camp for this fight, and how SBG Ireland is different from
other gyms. In the past, SBG Ireland has brought in the likes of Ido Portal, focusing on movement
training, and aspects of the fight game not many other gyms think about.
“I always make changes, I don’t really like talking about them too much, and I don’t want to reveal
any of my game plans or anything like that but certainly I always work on my mistakes.
I’ve been lucky enough to have a lot of the Irish boxers help me prepare for this fight. I’ve been
sparring many different up-and-coming guys, you know, it’s always good to spar young, hungry guys
that just want to prove themselves, so that was maybe one of the main differences of this camp.”
When asked if he focuses on his opponent or his own strengths and weaknesses during his training
camp, Artem revealed that he does a bit of both.
“Both. You focus on your own game but you, of course, would like to spar somebody similar to the
fighter you going to face you know. If you’re going to fight somebody 6 foot 4, you’re not going to
spar with someone 5 foot 4 in training.”

Artem Lobov’s Indian connection
In the past, Lobov revealed to us that he loves his Indian fans and that he respects the Indian
tradition. Artem opened up about working as a tandoori chef at an Indian restaurant and expressed
his gratitude to the Indian fans.
“I absolutely love it, I will remind them again that I used to work in an Indian restaurant, I was a
tandoori chef for two years. I actually started there as a dishwasher, I was washing the dishes and
then worked my way up. Thank you very much to all Indian fans and Namaste.”

Previous articleArtem Lobov sick and tired of all the UFC 229 talk, fully focussed on Michael Johnson
Next articleMichael Chiesa proposes 4-way Welterweight tournament to decide the GOAT….and Covington is in it?