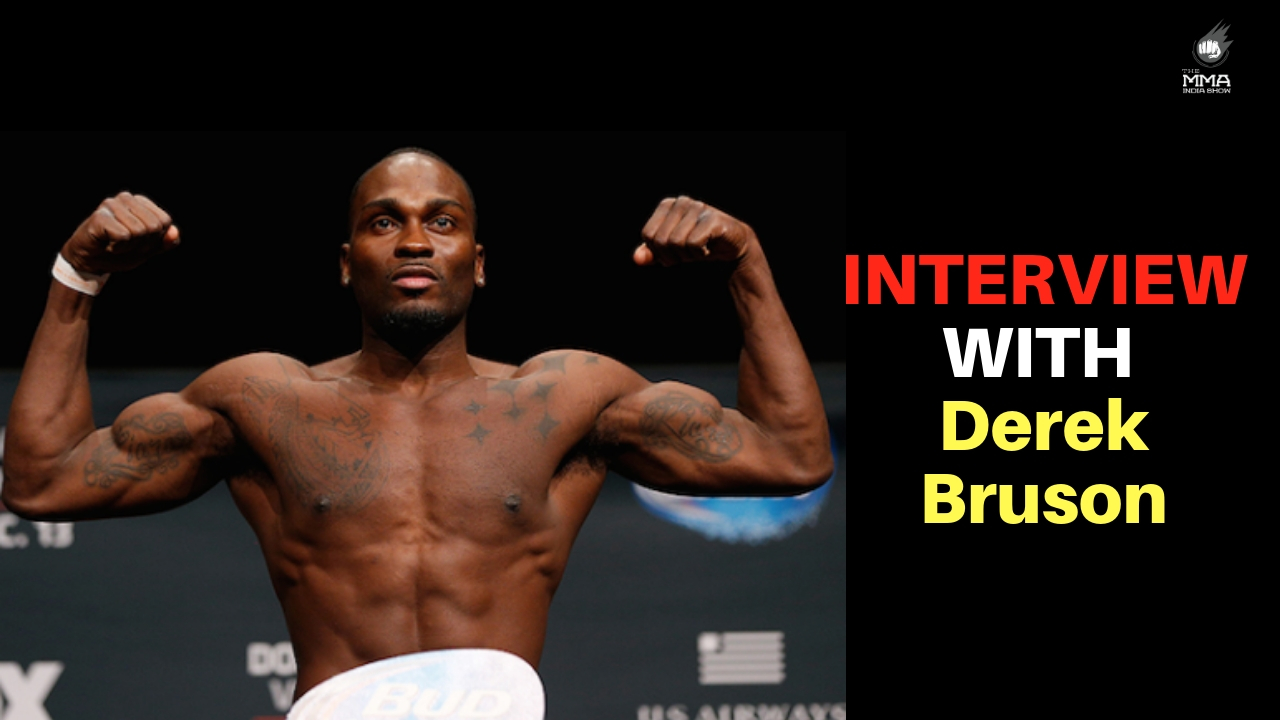 Derek Brunson: I Would Love To Make Israel Adesanya Pay For His Mistakes
One of the hottest prospects in MMA will once again be in action this weekend, as Israel Adesanya
looks to continue his winning streak. However, in front of him will be a man that is levels above
Israel’s past opponents. Derek Brunson has been in the UFC for years and is no stranger to fighting
under the bright lights while the expectations of the world weigh him down.

Brunson is an excellent rangy striker and was a three-time NCAA Division II All-American. Brunson
has the knockout power that we usually see in the light heavyweight and heavyweight divisions, and
the middleweight contender is looking to get back to winning ways after losing to Jacare Souza back
in January this year.

There is bad blood between Brunson and Adesanya. Both have been seen exchanging words during
press conferences, but come Saturday when both the fighters will be locked inside the Octagon,
there will be no more time for talk, and the world will see if Adesanya’s hype is indeed real.
We asked Derek about his thoughts concerning his fight with Israel in an exclusive interview, and
Brunson did not pull any punches.

“Oh yeah for sure, because when you get into the top 10, close to top 5, you have guys that are
really good at particular things, so they can exploit you in certain areas, you know. He’s a stand-up
guy and a lot of guys are like, well-rounded when you get closer to the top 5.”

Brunson has previously spoken about his disappointment, losing to Jacare in the manner which he
did earlier this year. The middleweight contender is looking to right his wrongs and told us that he
has been working on filling holes in his game. When asked about what he focused on during this
particular camp, Brunson said he was working on correcting the mistakes he made the last time.

“I’m just working on filling holes, things that I’ve made mistakes in. So I’m just trying to improve and
try to make myself a better martial artist.”
The focus will be on the middleweight division at UFC 230, and with a dominant win, any of the
fighters involved on the main card could stake their claim for a title shot next. Brunson believes it is
how the division should be, and is excited for the fights on Saturday night.

“I think it’s a good opportunity for everybody, you know, you come out here, you got a lot of eyes on
the card, showcase your skills.”

Finally, Brunson talked to us about Adesanya’s flashy style and said that he would love to capitalize
on his mistakes during their fight. Adesanya is currently undefeated in MMA but will face his
toughest test this weekend.

“I don’t really know if it’s…he throws a few flashy stuff [sic], he tries to stay long in his fights, I tend
to make guys pay when they do something stupid – he has a lot of mistakes in his fights, so I’d love
to make him pay.”

Previous articleCutting weight, drained and tired – classy DC still found time to take a picture with a fan before UFC 192
Next articleInterview with Chris Weidman.