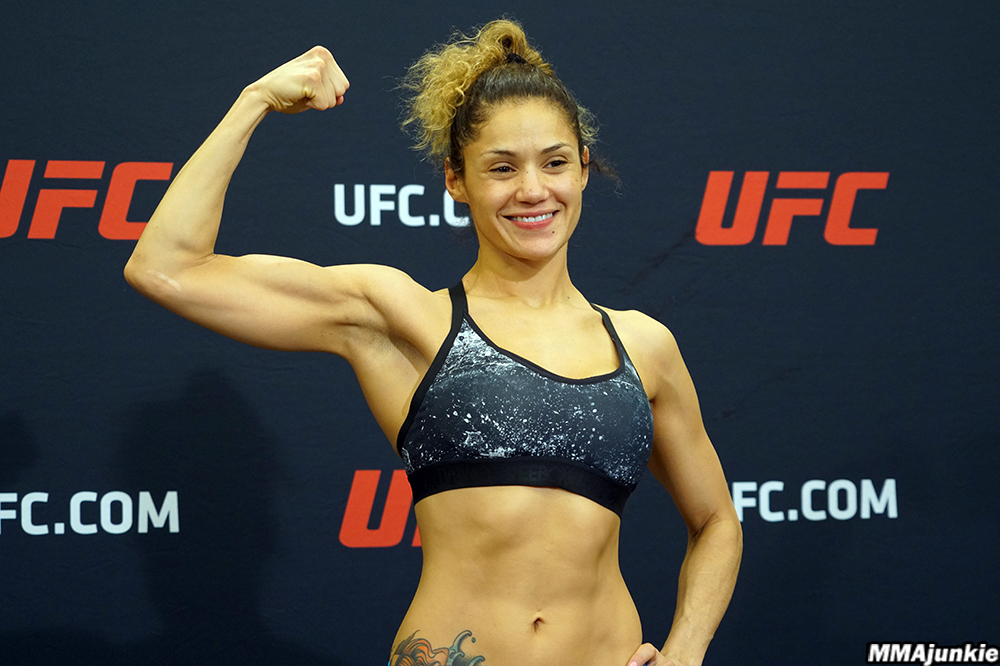 Pearl Gonzalez was cur from the UFC last year in October and she immediately signed with the popular UFC feeder organization at Invicta FC. Pearl’s UFC career didn’t make it far. She was two in and two out, going winless in her time among the world’s elite martial artists.

Ever since leaving UFC, Pearl Gonzalez has won two straight fights (both in Invicta FC) boosting her pro record to 8-3. She won her last fight against Barbara Acioly, who she defeated via armbar in the very first round. She fights this weekend against Daiane Firmino at Invicta FC 31. 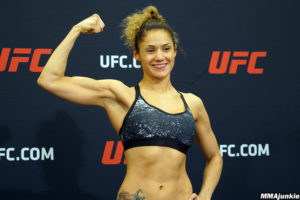 Speaking to Bloody Elbow, she said:

“I think that my last fight, overall, it was a pretty good performance, My striking was OK, it was better than it has been, but it still wasn’t as good as it can be. My grappling was good, but obviously, there’s always room for improvement.”

“I really wanted a knockout in that fight, but considering the injury that I had and my inability to move as well as I wanted to, I had to go in there and just get the job done.”

WOW! Dominating performance from @PearlGonzalez and she gets the tap! #InvictaFC29 pic.twitter.com/pfSRHydrYV

With two back to back victories at Invicta FC, a series of unfortunate events took place in the life of Gonzalez.

“I lost my dad a couple of weeks after my last fight,” shared Gonzalez. “And my father is the one who put me into MMA as a kid and so I think the hardest challenge of my life has been living on without him.

“I live to honor him through my sport and I promised him on his last breath that I would use the pain to become a world champion,” continued Gonzalez. “I’m just a different person now. I changed the day my father left me. I’m going to honor him [at Invicta FC 31] and as a result, I’m going to be more focused, more composed, and more relentless than I have ever been in my career. And I look forward to showing that I’m deadly in every area of this fight.”