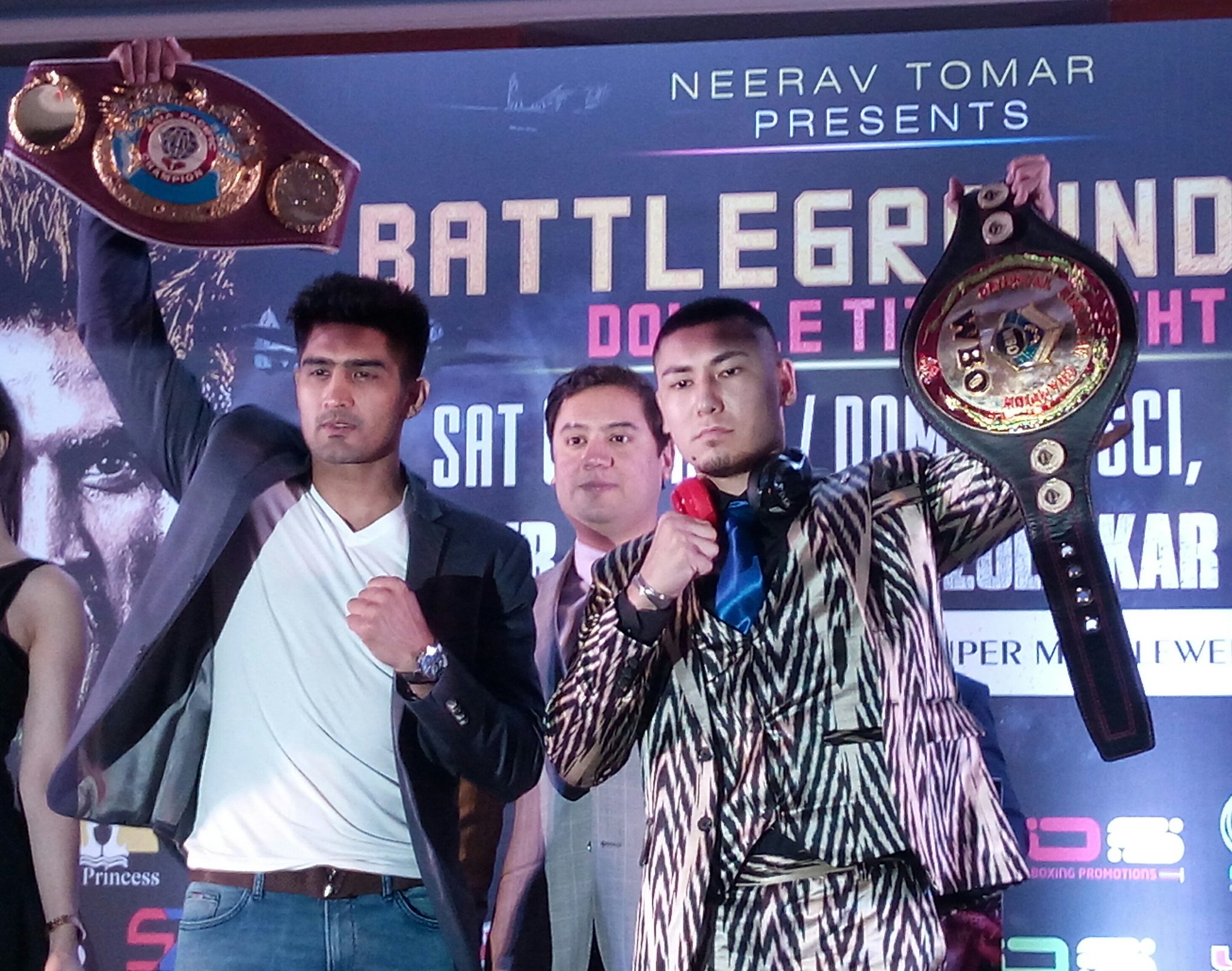 The MMA India Show was present at the IOS Boxing Promotions press conference at the Sea Princess hotel in Mumbai today as they announced ‘Battleground Asia’ a double title fight where both Vijender Singh’s WBO Asia Pacific Super Middleweight belt and China’s No.1 Zulpikar Maimatali’s WBO Oriental Super Middleweight belt, will be on the line to be won by either fighter on August 5th 2017 in Mumbai.
Vijender and Zulpikar both have won 8 bouts and are undefeated in their professional careers.
On fighting Vijender, Zulpikar said, ‘I look forward to this fight, i will be fighting in India for the first time and i have heard a lot about Vijender Singh. He is unbeaten,i am going to break his streak of winning this time. I am the toughest challenger he has ever faced. I am coming to snatch his title’.
Vijender replied to this saying,’ I am not scared by all these things,these words are only mind games,you have seen people like him have challenged me earlier also, and the result is in front of you. My title is not going anywhere,in fact on the 5th of August i will be wearing two belts.’
Vijender has been training in Manchester for the last 3 months under champion trainer Lee Beard,who was also present at the press conference today. 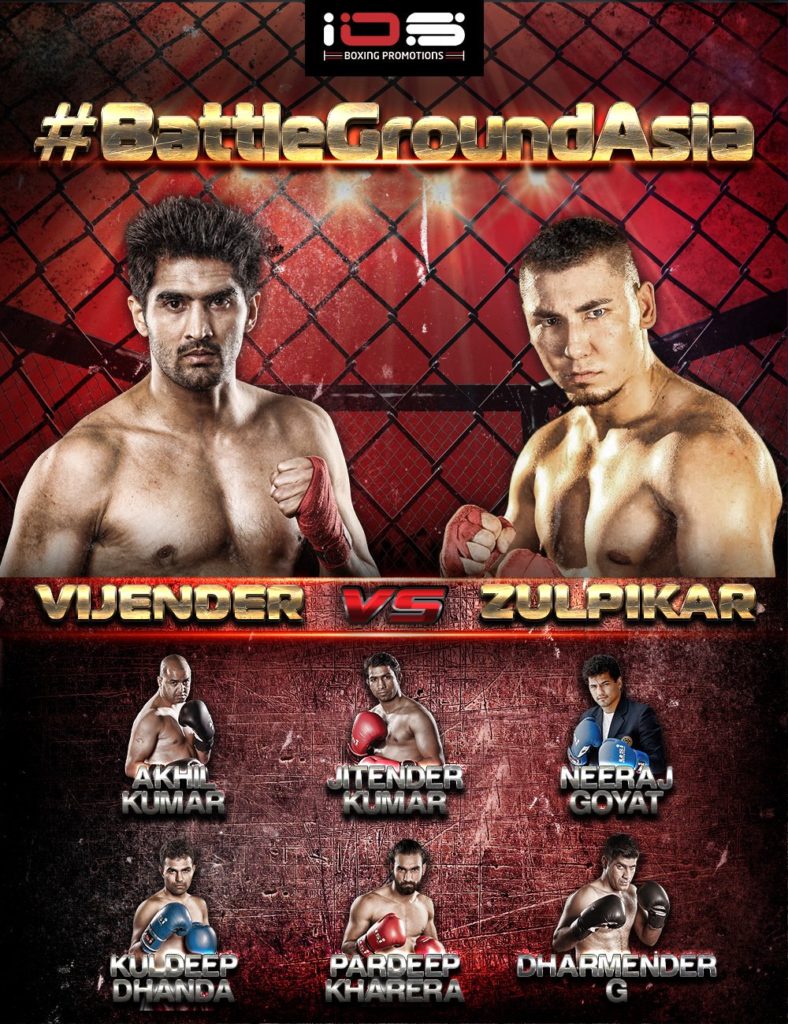 Apart from Vijender, Olympic quarter finalists Akhil Kumar and Jitender Kumar will also be fighting on this card.

WBC Asia Welterweight Champion Neeraj Goyat,a 26 year old from Haryana,with a record of 8wins and 2 draws and 2 losses in his professional career, will also be fighting on this card along with Kuldeep Dhanda, Pardeep Kharera and Dharmendra Grewal, making it a total of 7 Indians fighting on the card.

IOS Boxing Promotions head Mr Neerav Tomar expressed confidence of putting up a great show for the city of Mumbai and boxing fans all over the world and we would have to say that we agree with him. August 5th can’t come soon enough.