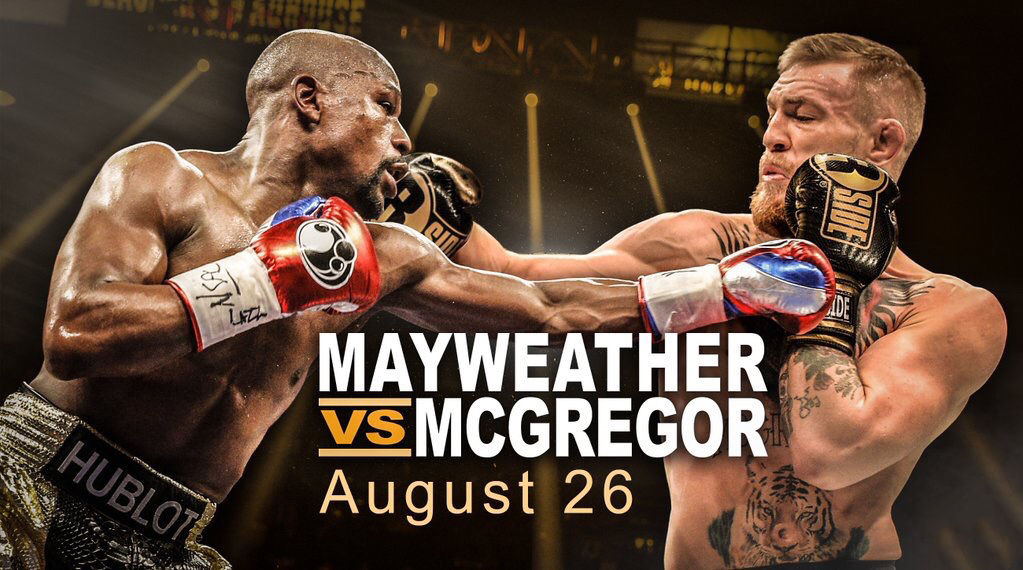 2017 has so far been quite the year for boxing. A sport that has been counted out as being down and out, has bounced back strongly this year. Gennady ‘GGG’ Golovkin was given the toughest fight of his career by Danny Jacobs, Vasyl Lomachenko toyed with Jason Sosa, Anthony Joshua finished Wladimir Klitschko to usher a new heavyweight era, Canelo Alvarez dominated Julio Cesar Chavez Jr and Andre Ward had another controversial win over Sergey Kovalev – this year has so far been the best year in boxing in recent memory. A year in which MMA seems to have slowed down, boxing has picked up. All this and we are only halfway through the year! Two more mega events are yet to take place – ‘Canelo’ vs ‘GGG’ and of course, Floyd Mayweather Jr vs Conor McGregor.

Boxing has been around since the late nineteenth century. While it took some time for boxing to achieve legitimacy, it soon became the most popular form of combat sports in the early twentieth century and remained the ‘undisputed champion’ until the advent of the modern form of Mixed Martial Arts. Great champions such as Jack Johnson, Jack Dempsey and Joe Lewis catapulted the sport into mainstream and then transcendent stars such as Muhammad Ali and ‘Iron’ Mike Tyson took the sport to a whole new level, in terms of the its popularity internationally. Ali and Tyson, to this day, remain two of the most well recognized sports figures world-wide. It was during this time that people fell in love with the ‘sweet science’ that is boxing.

After the last great boxing champions such as Mike Tyson, Evander Holyfield, Roy Jones Jr etc. had passed their primes, and MMA was booming thanks to the likes of Chuck Liddell and Randy Couture, it appeared that boxing was finally dying and MMA was about to takeover. While there still wasn’t a shortage of great champions in boxing, there weren’t any fighters that could captivate the world like an Ali or a George Foreman and the sheer number of champions in boxing made it much harder for the casual fan to follow. MMA, several years into its existence, finally beat boxing to become the most profitable form of combat sports, at least in America. Even though MMA had become the more watched product, there was something about boxing that it could not replace. Its rather difficult to pin-point exactly what that is, but it appears boxing still holds a special place in the hearts of fans. While big fights in boxing are few and far between, MMA still pales in comparison to the amount of attention they generate (with the possible exception of Conor McGregor).

When Floyd Mayweather and Manny Pacquiao finally agreed to terms on a fight, it generated an unprecedented amount of media attention, the likes of which was never seen before. Underwhelming as the fight may have been, it ended up being the highest grossing combat sports event of all time and the highest selling pay-per-view of all time. In fact, the PPV figure was so absurd (est. 4.6 million PPVs sold), it was never thought a fight would come close to breaking that record. And yet, here we are, on the brink of an event that might just do it.

After much speculation for almost a year, it was announced last month that Mayweather and McGregor will fight in a boxing match on Aug 26 in Las Vegas, Nevada. This is a clash of the biggest albeit retired name in boxing and the biggest name in MMA. It is seen as a clash of two different worlds and is expected to be one the highest earning fights of all time. Both fighters are looking at a reported 100+ million-dollar payday! So, what is it that makes this fight so big? Obviously, it involves two of the biggest starts in combat sports. However, Conor has never done 2+ million PPV buys and Floyd’s last fight didn’t do very well (from his standards) either. Maybe it’s the prospect of a once in a lifetime event that will drive buys. We shall see…

It is true that boxing is no longer what it used to be and it is arguable that MMA has surpassed boxing in viewership and revenue. However, boxing is still the more recognized of the two. A victory for Conor here will be huge for MMA, but it is highly improbable. A win for Mayweather will have boxing fans claiming that boxing is better than MMA. Either way, boxing is set to rebound in a big way this year and MMA will have to work harder to replace boxing in the hearts of fans.

Its fights like these that give boxing the necessary shot in the arm, provided the undercard is stacked and the event is more than just a money grab. Even if this fight is not your cup of tea, you have Canelo vs GGG to look forward to, and Indian fans have Vijendra Singh vs Zulpikar Maimaitiali , I for one cannot wait for either of these events.