Is Conor coming dangerously close to the ‘R’ word 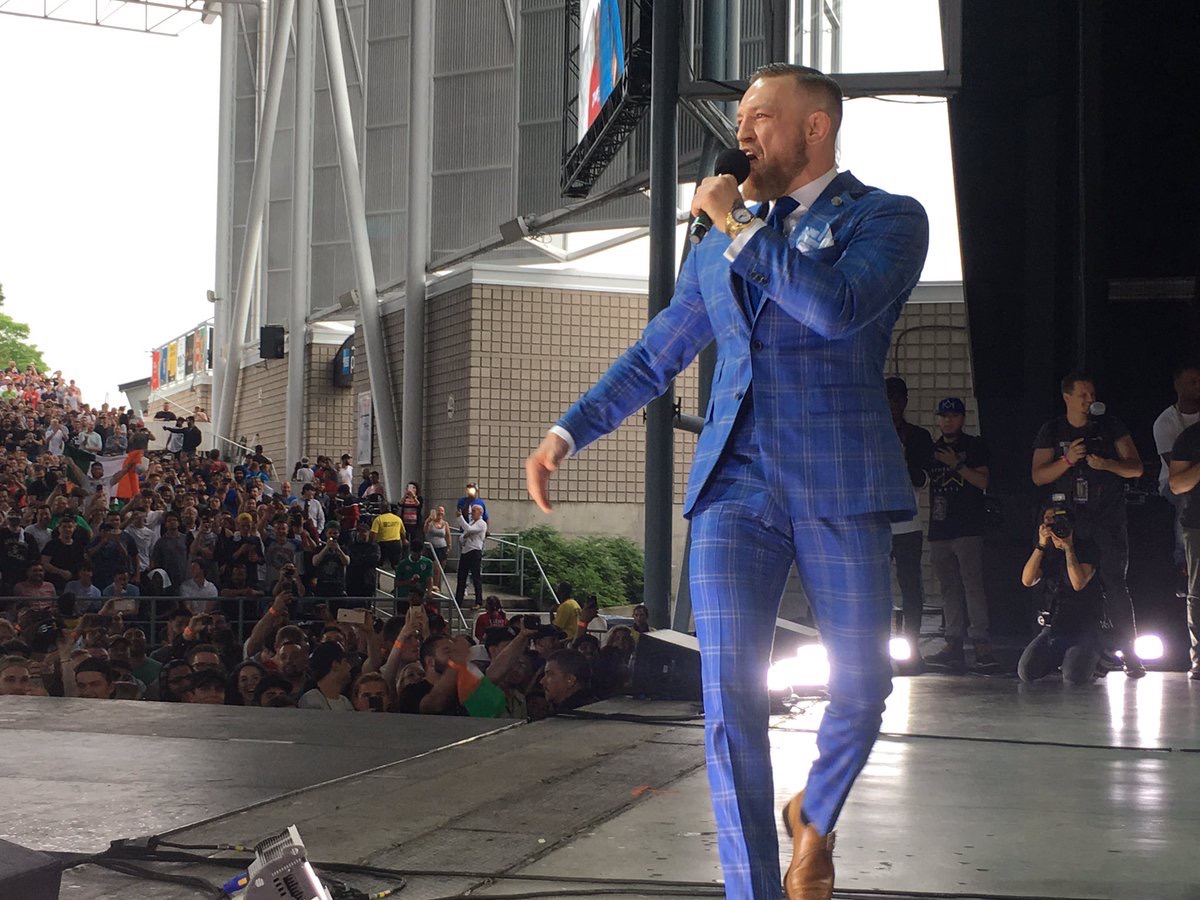 The Combat Sports world is going crazy with the face off between Conor Mcgregor and Flyod Mayweather first in Los Angeles and then in Toronto.

In LA when Flyod started dancing, Conor exclaimed ‘dance for me!’, a statement leading people on the internet to cry out ‘racism’, thinking that the white man was asking the black man to dance for him like in the bad ol days.

When Flyod Mayweather Sr was asked about the same, he disagreed and said he didn’t think it was racism, and seemed surprised that it came up as well.

Now in Toronto, when Flyod was on stage talking about cheques, Conor exclaimed ‘He can’t even read!’, again bringing up a previously used statement from the bad ol days about black men not being able to read.

Now Conor being Conor was probably looking for any crack, any opening against Flyod in the mental war they’re waging against each other. But in doing so, is he coming dangerously close to the ‘R’ word…’racism’, seeing that we still live in a world where black people in America still have to fight against racism with a campaign Black Lives Matter. We live in a time where statements are dissected to find and put some meaning into them.

So let’s see if people put an extra spin onto this, because subconsciously, these things and symbolic statements still work in fans minds. But Conor being Conor, we’re sure he just won’t give a fook.

Flyod himself seemed unfazed by it and took it on the chin and seemed in good spirits when he spoke to the Showtime commentators afterwards.

Let’s see what happens now in London and Brooklyn.