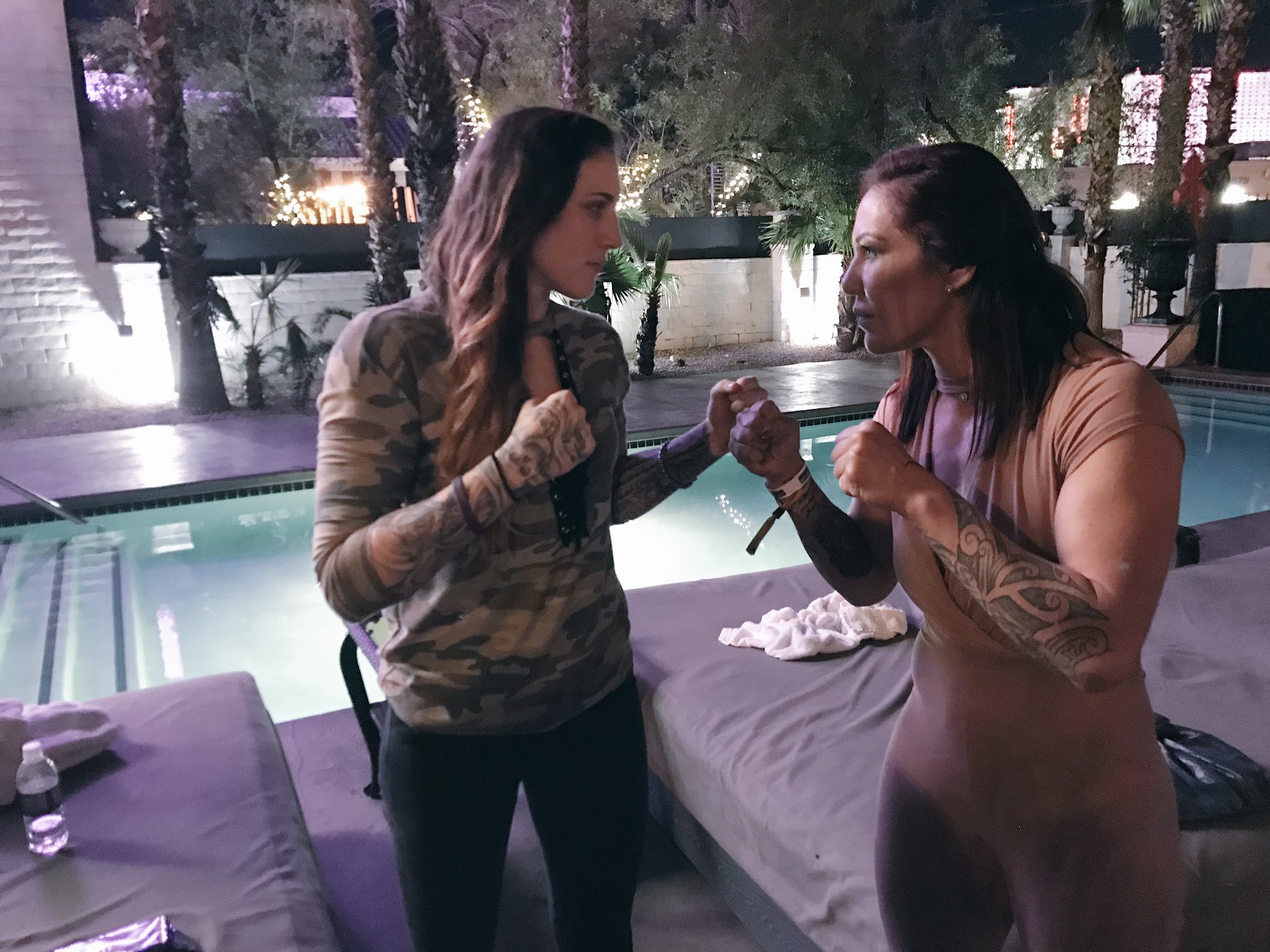 Well it won’t be such a mystery after all since the grapevine has been buzzing for some time now about these two being matched up.
But Cris Cyborg recently tweeted about getting a confirmed contract for UFC 214 and hoped the UFC would announce her opponent’s name at UFC Auckland (which they didn’t).
The grapevine is again abuzz with the news/rumour that Cyborg’s mystery lady is Megan…that of course would leave the next Invicta card with some reshuffling to do since Megan was supposed to headline it.
But Cyborg vs Megan is the fight the fans would want to see especially since Germaine De Randaime is playing the vanishing game for a while now.
So let’s hope the grapevine is right.