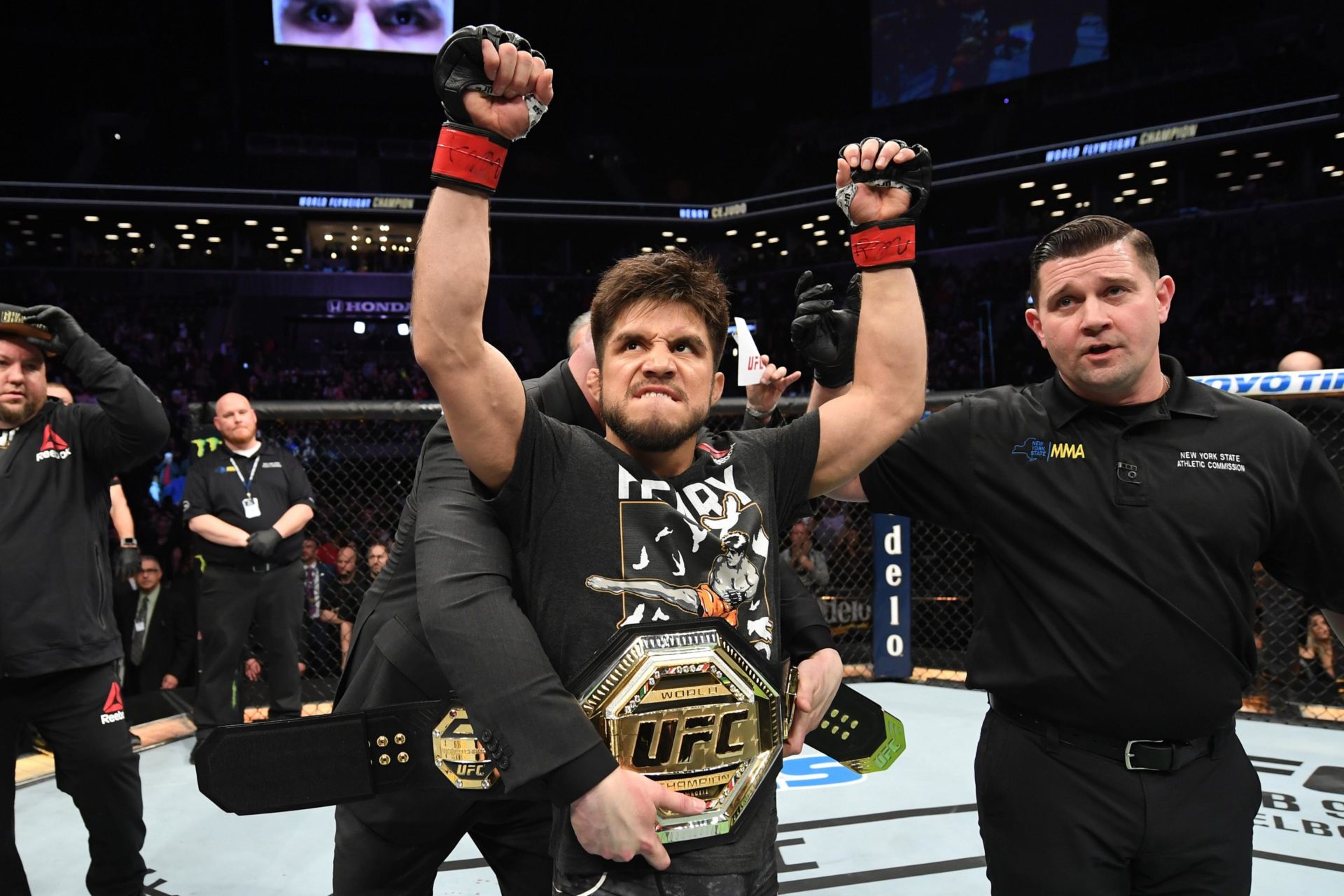 Earlier this month, UFC bantamweight champion Henry Cejudo retired from the sport of MMA. The two-division champion successfully defended his title by knocking out Dominick Cruz in the co-main event of UFC 249.

The retirement was shocking for many fans as Henry Cejudo was wreaking havoc inside the Octagon. After defeated flyweight legend Demetrious Johnson in 2018, he knocked out Marlon Moraes to win the vacant UFC bantamweight title last year. 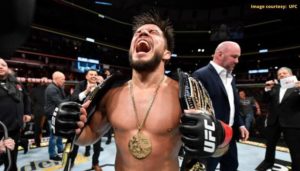 Earlier today UFC put the final nail in the coffin by removing Cejudo from the bantamweight rankings. Apart from the divisional rankings, he has also been removed from the pound-for-pound rankings.

Thank you for the awesome experiences uncle @danawhite I will forever be grateful. Thank you for taking a chance on the sport that people thought would never make it. To all my coaches and fans it been a wonderful ride. Triple C is out 🎤 #retiredontop pic.twitter.com/ZoHa3asoDU

“Thank you for the awesome experiences uncle Dana,” Henry Cejudo wrote on twitter. “I will forever be grateful. Thank you for taking a chance on the sport that people thought would never make it. To all my coaches and fans it been a wonderful ride. Triple C is out. #retiredontop”

When Cejudo announced his retirement for the first time, fans and experts were confident that he was bluffing. The reason being, Cejudo has been asking for pay raise ever since his win over Marlon Moraes last year.

“I need to meet with Dana White,” he said back in 2019. “I need a meeting with him because I need heavyweight money.”

“I feel like I’m the face of the UFC now, and I want to be paid like one,” he said. “Dana White has been great to me. He’s been really good – I have nothing bad to say. But I want to make heavyweight money. I want to change this game.”

Cejudo isn’t wrong here as he was paid only $100,000 for his title fight against Demetrious Johnson in 2018. Since then he has been on a $350,000 contract and since his win over Johnson, his profile has also increased multi-fold.

Most fans are insisting that it’s a negotiation tactic by Cejudo to get a better contract from the UFC. Nobody knows what his monetary requirements are from the UFC or if he has been offered a particular figure by the organization.

Is the organization calling bluff on Cejudo’s retirement? I don’t think so, UFC has often shown us in the past just how disposable lower weight class fighters are. The little guys don’t generate sales or drive PPV numbers to the point where the UFC thinks the fighters are deserving of a pay hike.

Or maybe, Cejudo truly is retired from the sport. It’s not uncommon for fighters to retire in their physical prime. Former two-division world champion Andre Ward announced his retirement in 2017 following his victory over Sergey Kovalev. Like Cejudo, Ward was also only 33 when he retired from the sport leaving lucrative match-ups and riches of the sport behind.

Andre didn’t have any injuries, he retired because he no longer wanted to continue fighting.

“If I cannot give my family, my team, and the fans everything that I have, then I should no longer be fighting.” Undefeated boxer Andre Ward said following his retirement in 2017.

Henry Cejudo may not have gotten the pay hike he wanted, but at the end of the day, he will be the guy who retired after beating the likes of Demetrious Johnson, TJ Dillashaw, Dominick Cruz. Maybe there’s some satisfaction about retiring on the top, I couldn’t tell you the feeling, you would have to ask Andre Ward that.

The Rise of MMA in China: Stars of the Show

If you like to read about other sports from India and around the world, check out our sister site Sports India Show and also check out ProPanja.com for Arm Wrestling actions from the biggest Panja action in the Indian subcontinent.

Previous articleMMA India Exclusive with Jims Samjetsabam: I want to join ONE Championship
Next articleUFC: Cody Stamann to take on Brian Kelleher at UFC 250