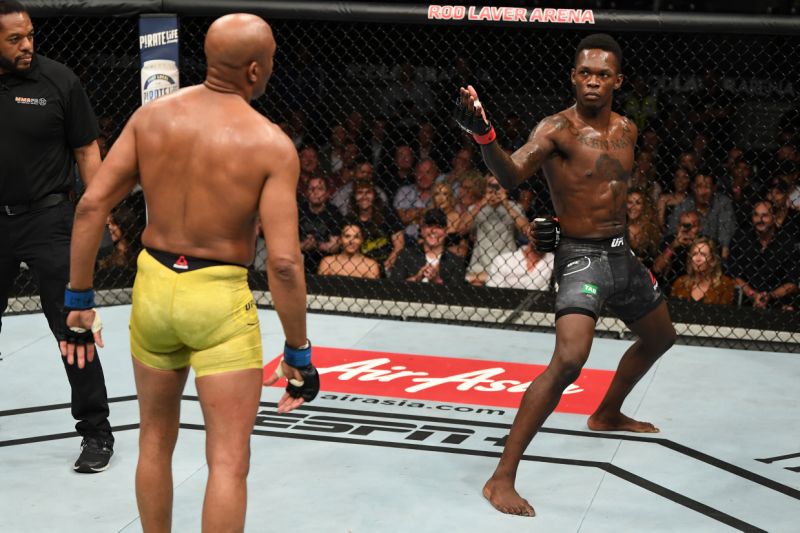 After defeating Anderson Silva in a dominant performance in the main event of UFC 234, Israel Adesanya boldly demanded the UFC to reward him with PPV points, since Silva and him had actually served as the main event bout, after the fight between Robert Whittaker and Kelvin Gastelum was cancelled. He has now clarified his stance about the PPV points. 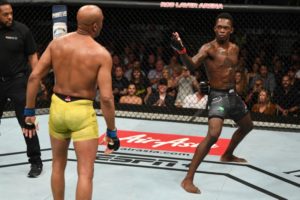 Adesanya recently made an appearance on The MMA Hour. On the show, while talking to noted MMA journalist Luke Thomas, Adesanya further justified his stance on PPV points. He stated that the fight between him and Silva had gained more attention than the actual scheduled main event. Since Silva and him, both stepped in to save the PPV. They both should share the PPV points from the UFC as well. Here’s what he had to say:

Look, the numbers don’t f*cking lie, even, I know the UFC has their ways of looking at the system, the backlog or whatever seeing what people are really watching. But, just going on the Countdown show itself, the Countdown show which everyone watches just to get hyped for these fights … The official one did a couple hundreded thousand. Robert and Kelvin did a couple hundred thousands. I crossed a million [views], me and Silva. It’s not just me alone. If it was me alone, I don’t know if it would have done a million, maybe like 800,000, but I know with me and Silva together, this matchup, it’s done over a million. So I don’t feel like I should get it, I don’t feel like Silva should get it, I feel like we should both get it.

I sold this fight.

I feel like definitely the UFC has every right not to give us those points because it wasn’t in the contract, but fair is fair and it’s not always, we’ve always had a good working relationship and I want to keep it that way

Previous articleJon Jones is nothing but praise for Anderson Silva after ‘great performance’ against Israel Adesanya
Next articleWatch: Bellator star James Gallagher reveals what ‘finally humbled’ him in MMA