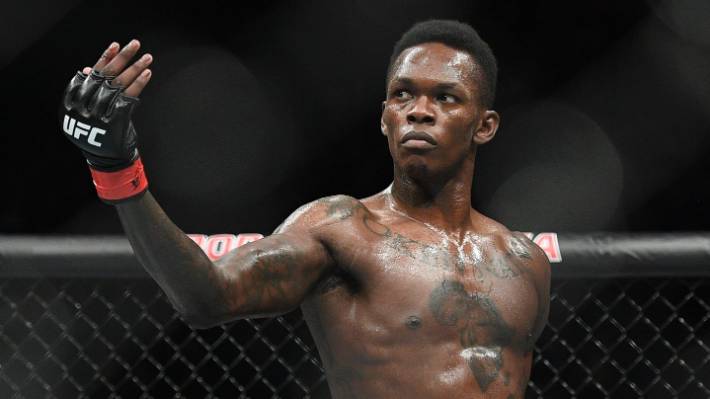 The online feud between Jon Jones and Israel Adesanya doesn’t seem to have an end to it. Neither of the two is looking to back down even one bit. Their jibes at each other are becoming even more personal with the passage of time.

This time it is the newly crowned middleweight champ who has thrown some personal shade at the 205 pound champ. Adesanya has touched upon one of Jones’ most controversial incidents.

Adesanya was referring to Jones allegedly taking a tainted Cialis supplement, which caused him to fail a drug test in the lead-up to UFC 200. Consequently Bones’ reputation took a serious hit following the incident.

A fight between the two seems closer than ever. However, right now Jones will be keeping an eye out on the winner of Dominick Reyes vs Chris Weidman that will take place this Friday. Meanwhile, Adesanya will be channelizing his attention towards his first title defense that will most likely be against Paulo Costa.