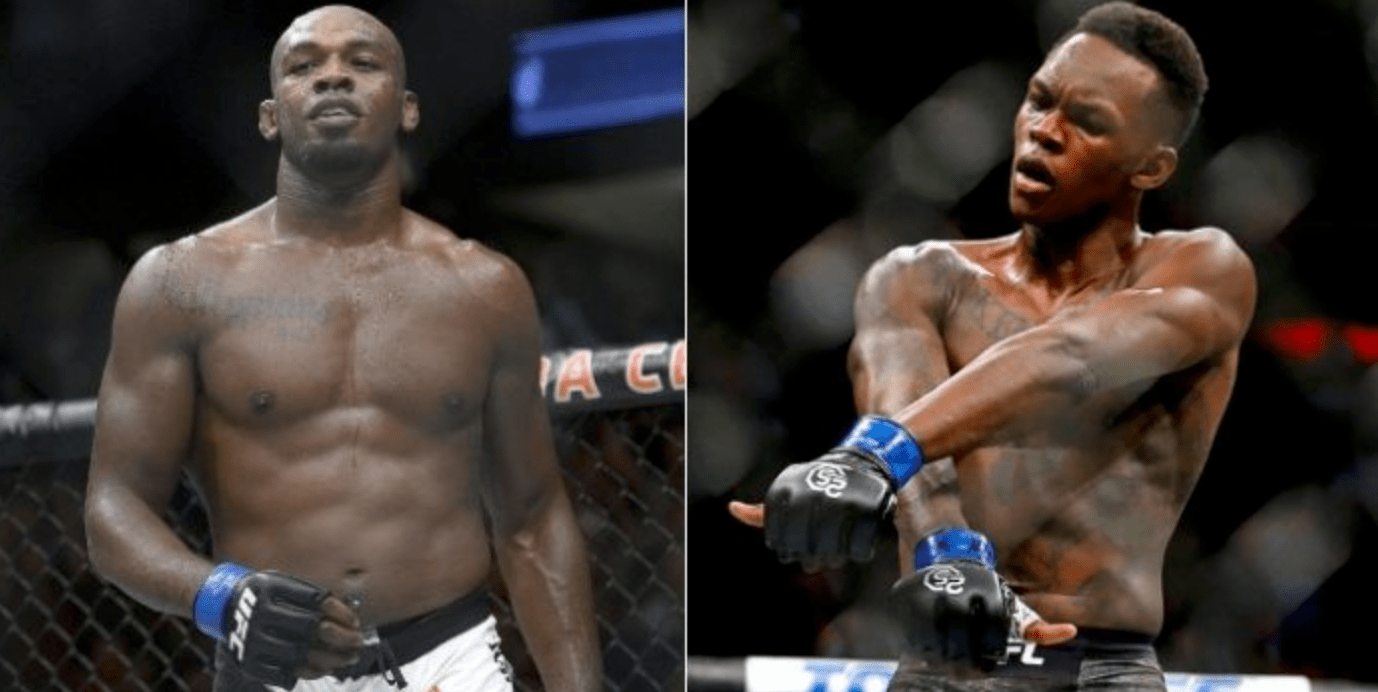 Israel Adesanya says he wants to be the first triple champ in the UFC and is willing to go up to heavyweight just to fight Jon Jones and get the belt.

UFC middleweight champion Israel Adesanya spoke to The MacLife and went after Jon Jones in what has become a recurring trend. ‘The Last Stylebender’ is one of the biggest stars in the sport today, and fans want to hear what he has to say. Chiefly, the announcement that he will look to swipe Jan Blachowicz’s light heavyweight title has added to his intrigue.

In a chat with Submission Radio on Monday, Izzy confirmed the Champion vs champion match-up is official and also threw light on a potential in-ring altercation with Jon Jones for the coveted Heavyweight prize. Adesanya and Jones fell out on Twitter after Adesanya’s successful title defense at UFC 253.

“I take this belt from Jan. If for whatever reason, Jones moves up and fights at heavyweight. Imagine if he got the belt somehow, by some freak of nature. I’m like, ‘F*** you, I’m going to heavyweight then.’ Three belts at the same time.”

Though Jon Jones did cut out a focused figure with his statement to join the Heavyweight ranks, however, since the intense verbal skirmish with Israel, there are speculations that he may put his objectives on hold, for now, to settle the dispute with Israel, who is the Middleweight king.

If Israel Adesanya goes out and beats Jan Blachowicz to win the light heavyweight title, many believe Jon Jones will move back down. Yet, Bones has said he is focused on a move to heavyweight which the middleweight champion doesn’t think will happen.

“He still hasn’t got a fight matched up, has he?” Adesanya said. “He’s what, taking time to get accustomed to heavyweight. He’s been saying for the last 10 years he can beat any heavyweight, blah, blah, blah.”

Ultimately, Israel Adesanya still wants the Jon Jones fight to take place. And, if Bones becomes the heavyweight champion he would fight him at heavyweight after he beats him at 205.

“I’d say the first then the second. If I was waiting (to defend the light heavyweight title) I’ll just go back to 185 and f**k people up there and then if he (Jones) wins the heavyweight belt, I’ll just jump up and take that off him. It would be cool,” Adesanya concluded. “It’s like, oh you took my old toy now I want it back, then comes back down and I’ll slap him across the face.”