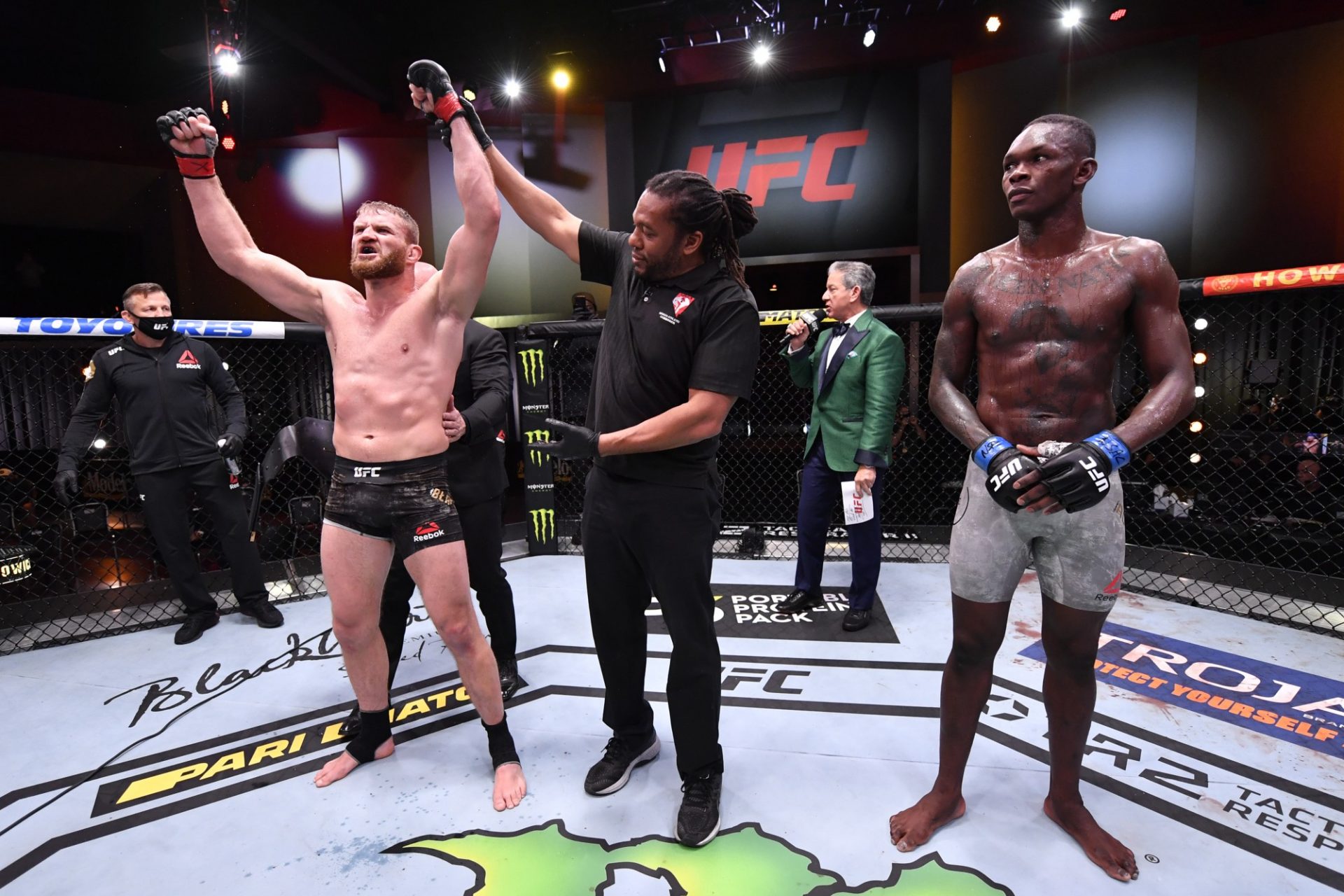 UFC middleweight champion Israel Adesanya failed in his bid to become a two-division UFC champion last week when he was defeated via unanimous decision by Jan Blachowicz at UFC 259.

After three close rounds, Jan Blachowicz managed to takedown Israel Adesanya in the fourth and fifth round, which eventually sealed the Poles’ victory. The judges’ Sal D’Amato scored the UFC light-heavyweight championship bout 49-46 while Derek Cleary and Junichiro Kamijo controversially scored it 49-45. 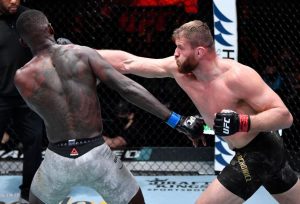 Coach Eugene Bareman said that Israel Adesanya’s loss has taught a lot to his team and they’re working on improving things and getting back to the Octagon stronger than ever.

“But let me just say that as much as when you’re winning you try to learn just as much as if you were in a situation where you lost, it’s never the case,” Eugene Bareman added. “Only a loss can bring out certain amounts of attention to detail, certain amounts of enthusiasm, certain amounts of excitement to get back in and fix up some of the areas and kind of rejig a few things and rethink a few things. And we’re excited about this loss, because we know the power of it. We know that if we can capture the power of the loss, we can really take things to another level, because we’ve done it many times before.”

Eugene Bareman also said that he was surprised by Jan Blachowicz’s gameplan and praised him for his victory.

“What we didn’t expect was Jan to be so standoffish,” Bareman said. “We thought he would be a lot more aggressive and we really put a lot of emphasis into our training for him to come forward and rush us a lot. When he stood there and postured with Israel a lot, we didn’t really expect that, but we were prepared for it. But I believe that made the fight a little closer than we expected it to be.”

“I think Israel Adesanya performed well,” Bareman added. “Did he perform his best? No. But did he perform terribly? No. He just had a really good opponent in front of him and a really good team who had a good strategy and who had the right answers. Israel didn’t perform terribly. A lot of that has to do with his opponent, really. So not gonna try to take any credit away from Jan. He did really well there.”

Eugene also added that Israel Adesanya eventually wants to fight Jan Blachowicz in a rematch later in his career.

“We’re competitive, Israel’s ultra-competitive,” Bareman said. “Israel will go down and clean up and dominate 185 for a while. And then I do see Jan as being quite a long-reigning champion. I think we’ll definitely chase Jan again. He’s a worthy opponent and he’s beaten us and he’s a worthy opponent. I can’t exactly predict the future, but we will definitely come hunting for the Polish power again.” (H/T – BJPenn.com)

Do you guys think they will fight in a rematch? Let us know in the comment section below.