Israel Adesanya on what he was thinking during Kelvin Gastelum fight: We’re going to die right here, you and me! 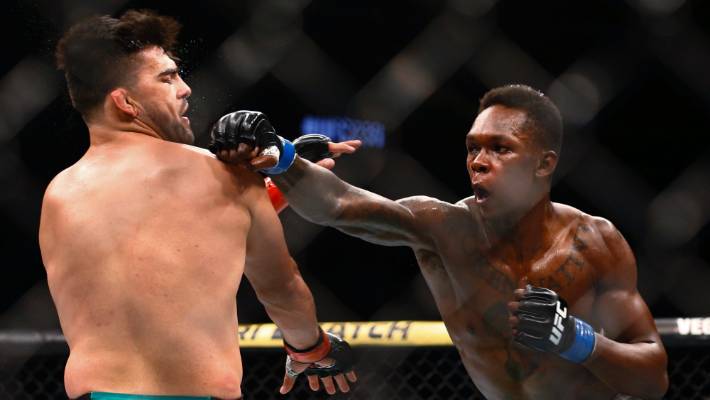 Israel Adesanya and Kelvin Gastelum had one of the most epic fights of the night in their co-main event battle together. The two were competing for the Interim UFC Middleweight Championship, and Israel Adesanya won the fight via in a Unanimous 48-46 decision.

The two fighters were facing each other, after UFC 234. At UFC 234, Kelvin Gastelum was supposed to be in the main event of the evening, as he was supposed to face Robert Whittaker for the UFC Middleweight Title. However, an injury to Whittaker saw that fight not take place. Israel Adesanya was also on the card and got promoted to the main event for his fight against Anderson Silva.

Adesanya and Gastelum left nothing behind in the Octagon, and while Gastelum hit Adesanya with a few solid strikes, it was Adesanya who shone through.

“‘Embrace the darkness.’ I was thinking, ‘We are going to die right here, you and me!'”

Previous articleConor McGregor heaps praise on Max Holloway, congratulates Dustin Poirier but hints that it will be him who fights Khabib next
Next articleAli Abdelaziz heaps praise on his client Kelvin Gastelum and Israel Adesanya after their UFC 236 war