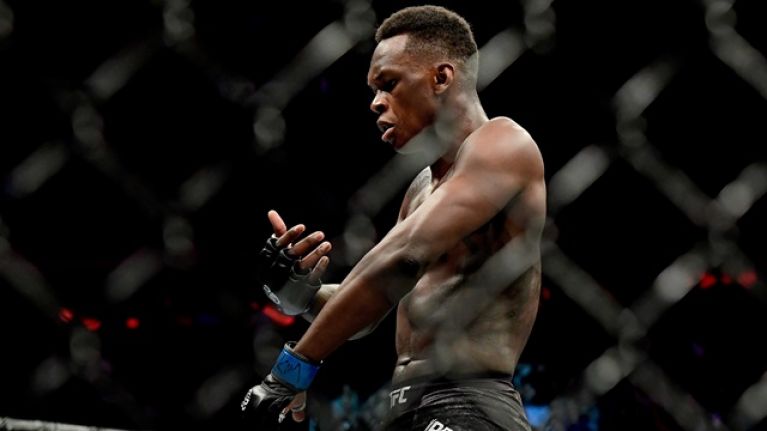 Israel Adesanya has quickly become one of the best-known and well-loved fighters in the entire UFC. It has not been long that he made his debut in the fight promotion, but he has already made his mark well in the company. He has won every fight that he has taken part in since getting to the UFC and now has a Championship fight ahead for the Interim Middleweight Title.

Talking about getting into fighting on The MMA Hour, Adesanya said he had always respected Conor McGregor for his love of fighting. He said that McGregor’s love for fighting was something that had inspired him.

Adesanya said that he wanted to fight and later be remembered as the best.

“[McGregor] is on his own journey, I’m on my own journey. That’s the beauty of this sport. We’re trying to get to the same place, maybe, but we’re on different paths.” – h/t MMA Fighting

Adesanya still has a long way to go in the UFC, and winning at UFC 236 will certainly help him on his way there.

In his last fight, Adesanya defeated Anderson Silva, bringing his UFC record to 5-0 in just a year. His current MMA record stands at 16-0. Israel Adesanya is expected to face Kelvin Gastelum for the Interim Middleweight Title at UFC 236.