UFC: Israel Adesanya verbally slams the judge who scored his fight for Marvin Vettori, asks him to “stop doing meth” 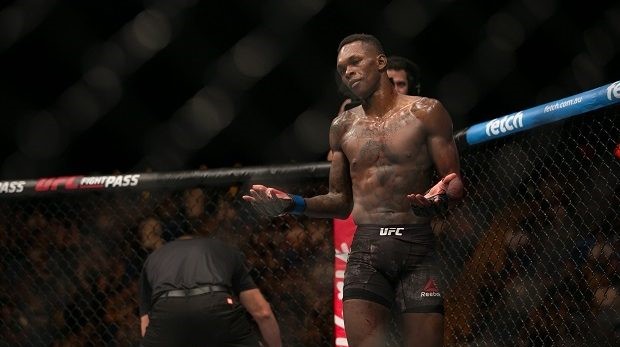 Israel “The Last Stylebender” Adesanya created a lot of hype even before his UFC debut. However, his popularity just exploded after his knockout of Rob Wilkinson at UFC 221. He faced fellow UFC prospect Marvin Vettori at UFC on Fox 29. Adesanya won the fight via a close spilt decision. However, he certainly wasn’t too pleased with the result and thought that he had secured the win comfortably. Thus, he sarcastically called out the judge who scored the bout in Vettori’s favour.

Adesanya, was visibly upset by the scorecard and believed that he should have won the fight via a unanimous decision. He called out the judge who scored the fight in the Italian’s favour and asked him to “stop doing meth”. Here’s what he said during the post-fight presser:

A win is a win and one thing that pisses me off is like, what kind of a judge gave that fight to him (Marvin Vettori). What!?

If there was one other judge that was crazy or drunk or whatever on the side of the cage. Then that would be me with my win bonus gone. So I don;t care about my record, I just care about my payday and I’m like, “F**K! That’s crazy”.

So I am glad that there were tow competent judges here tonight and where ever the other judge is, “Man, stop doing meth”.

This has got to be good for me in the long run but right now I’m just embracing it and I just have to get over it.

You can watch Adesanya’s interview from the post fight presser below:

Previous article
UFC: Justin Gaethje reveals he will stop fighting after five more fights
Next article
UFC: Dustin Poirier wants to win the Title just to tell his wife, ‘I did it”