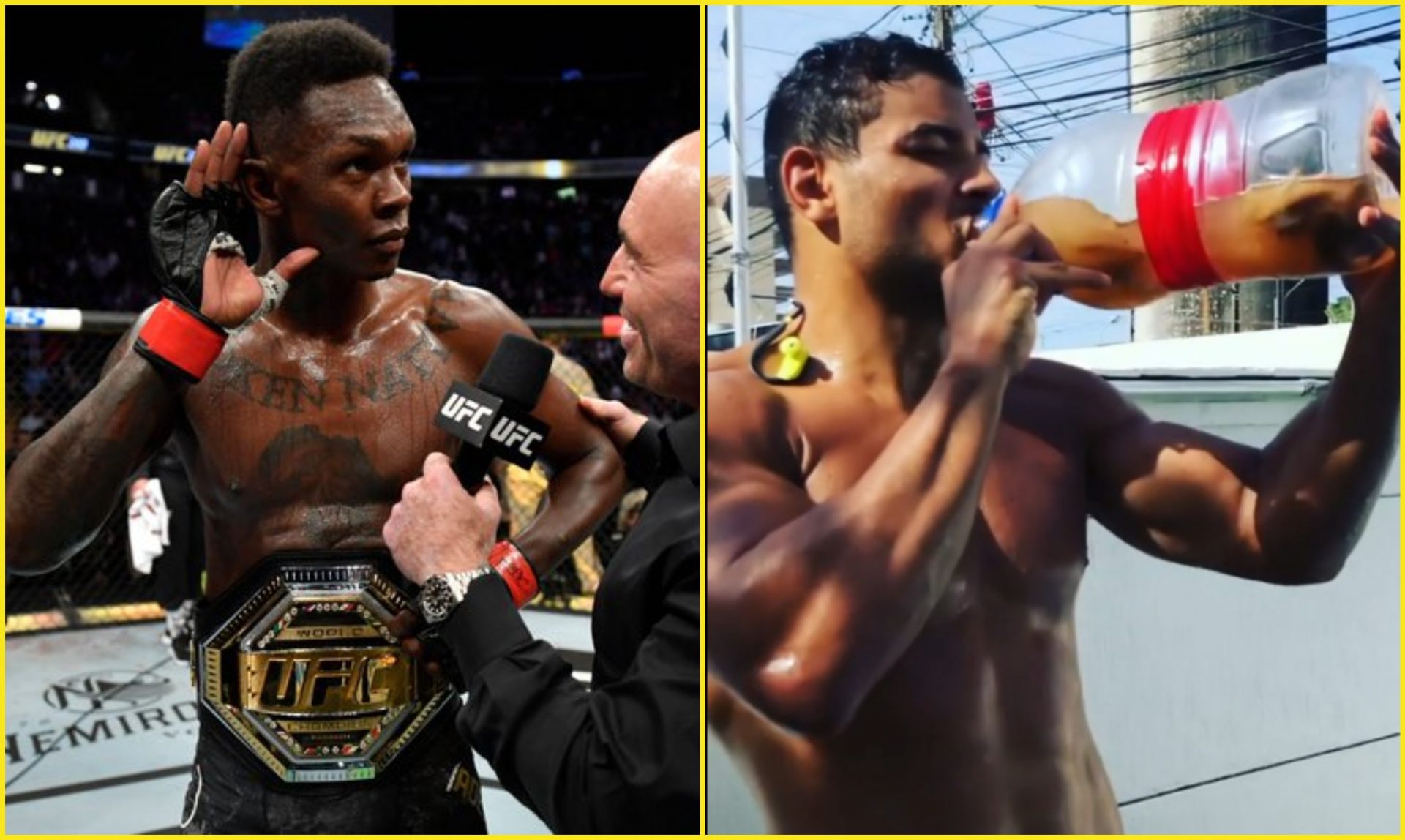 Paulo Costa said on his youtube channel that he drank a bottle of wine the night before the fight and it affected his performance inside the cage.

The fight took place at UFC 253 last September at the Yas Islands in Abu Dhabi. The fight was one-sided as Israel Adesanya chopped down his legs and outstruck him and then knocked him out in the second round.

“I was kind of drunk [when] I fought, maybe, on hangover,” Paulo Costa said in Portuguese. “I couldn’t sleep because of the [leg] cramps. Keep in mind that the fight happens at 9 a.m. [local time], we have to wake up at 5 to get ready, stretch, wrap the hands. The UFC told us to wake up at 5 in the morning to go to the arena to fight. I hadn’t slept until 2:30.

“It was my mistake and I don’t blame anyone else, it was something I chose [to do], but, in order to try to sleep, because I had to sleep since I was awake for 24 hours, I had wine, too much wine, a bottle [of wine] to try to black out. I had a glass and didn’t work. Two glasses, it didn’t work. Half bottle, didn’t work. I had it all.”

Israel Adesanya wasn’t having any of the excuses given by Paulo Costa.

“That’s just funny,” Adesanya told MMA Junkie in a statement. “There’s certain things I’ve done before some of my fights in the past where I learnt my mistakes, but I went in and got my job done. Some people aren’t cut out for that lifestyle.”

Israel Adesanya also gave a piece of advise to Paulo Costa and said that the Brazilian should swallow his ego and get to work and change his mentality.

“I’ll tell you one thing: The best thing to do in his position is accept the fact he lost,” Adesanya said. “He got his ass whooped. The fact that he keeps trying to make all these excuses, it’s only going to do him worse in the long run. He’s making excuses because his ego can’t handle the fact that ‘The Skinny Clown’ whooped his ass badly then double-tapped him twice.

“Just swallow your ego. You got your ass whooped. Get back to the drawing board and reassess your whole game. You can’t just rest on that because if you do – this is my advice – you’ll never get far in life, or in this game.” Israel Adesanya concluded.

In the meantime, Israel Adesanya will take on current light heavyweight champion Jan Blachowicz in an attempt to become two-division champion.

Previous articleKhamzat Chimaev announces retirement: “I think I’m done”
Next articleDana White says Khamzat Chimaev posted about retirement because he is ‘Emotional’, says he will return in June