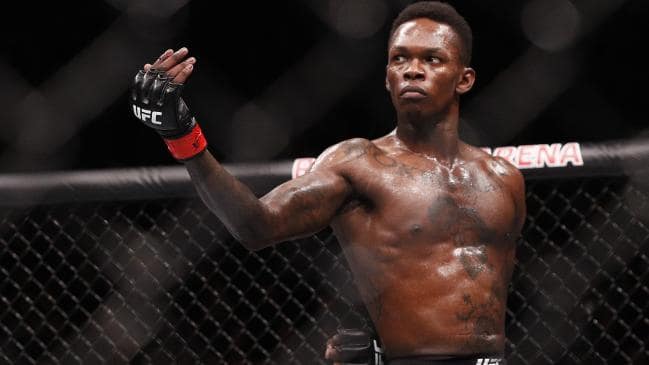 Deontay Wilder has stunned the world once more with his stunning knockout of Luis Ortiz. The ripples of his win can be seen even in the world of mixed martial arts. Fighters, like Israel Adesanya, have been drawing inspiration from his performance, in a rather unconventional way.

Middleweight champ Israel Adesanya has been called out many times for being a rather skinny fighter. Same has been case for the ace boxer. In his fight against Ortiz, Wilder clocked in at a mere 219.5 pounds. The number is considered fairly less as per boxing standards. However, his power packed punch proved that weight is just a mere number when you have dynamite in your gloves.

Adesanya took to Twitter in order to argue against the ‘skinny fighter’ stereotype.

After the win, Wilder has expressed his desire to fight Tyson Fury in a rematch. Their previous encounter had ended in a controversial split decision draw. On the other hand, the 185 pound kingpin Israel Adesanya is looking to defend his title against Yoel Romero. His ongoing feud with Jon Jones has also been the talk of the town recently. However, Adesanya has made it clear that the two won’t fight untill 2021.