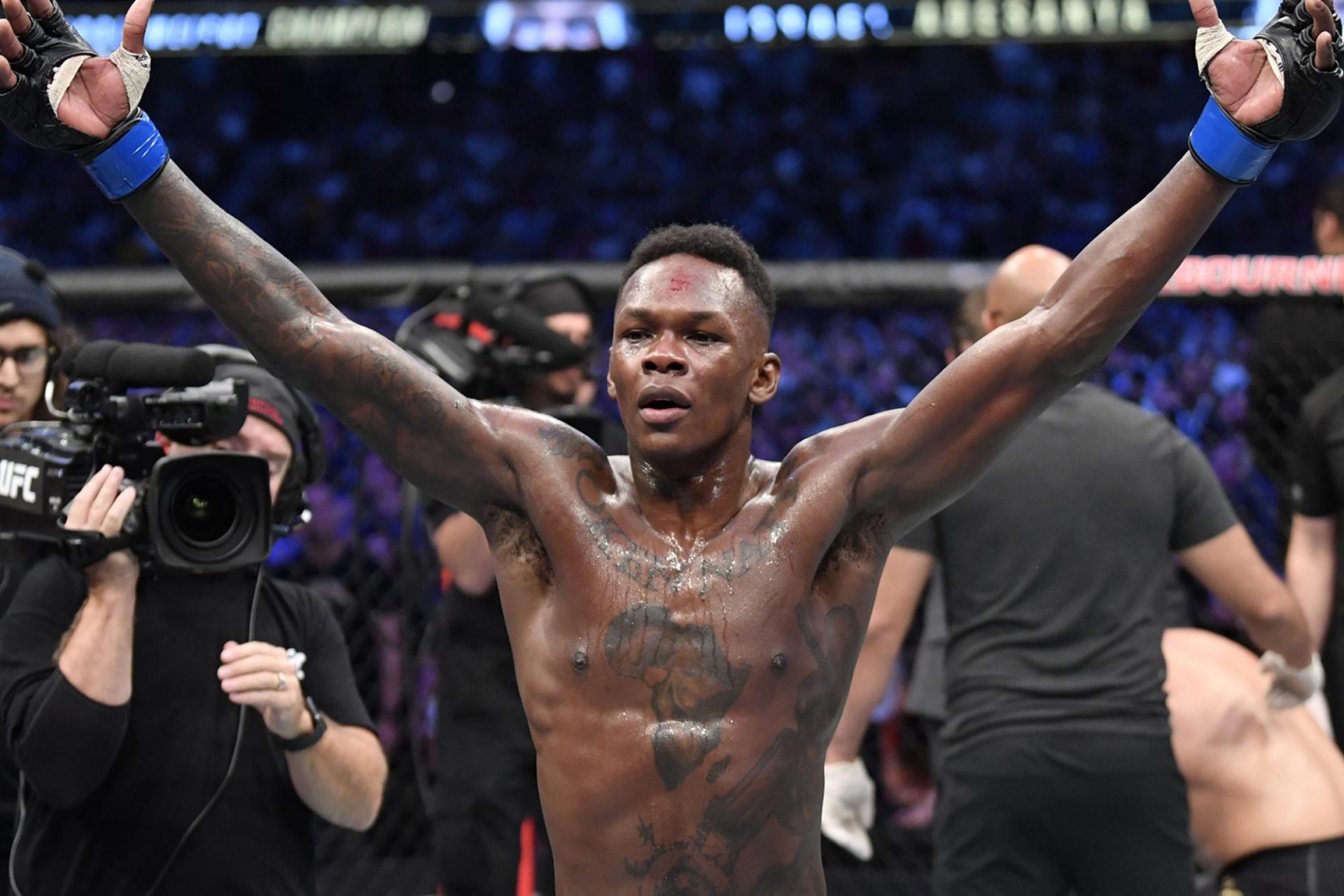 UFC middleweight champion Israel Adesanya will attempt to win a title in the second division as he moves up in weight class to take on reigning UFC light heavyweight champion Jan Blachowicz in the main event of UFC 259 this weekend.

Nunes is the current UFC bantamweight and featherweight champion. There’s a consensus amongst some fans and fighters alike that Israel Adesanya may hold down both the middleweight division if he wins the light heavyweight title.

However, Israel Adesanya has made it clear that he won’t leave middleweights hanging as he plans on defending his middleweight title after UFC 259.

Israel Adesanya said that despite moving up in weight class, he isn’t going to have any issue cutting down to middleweight as he is going into this fight as if he was a middleweight.

“No weight cut and just doing what I always do. We’re keeping the same energy during fight week, as well. I think it’s silly to add more muscle for this contest when my strength had gotten me to the dance. I trust my body and I trust my skills.” (H/T – MMAJunkie.com)

How do you guys think this fight between Israel Adesanya and Jan Blachowicz will go? Let  is know in the comment section below.