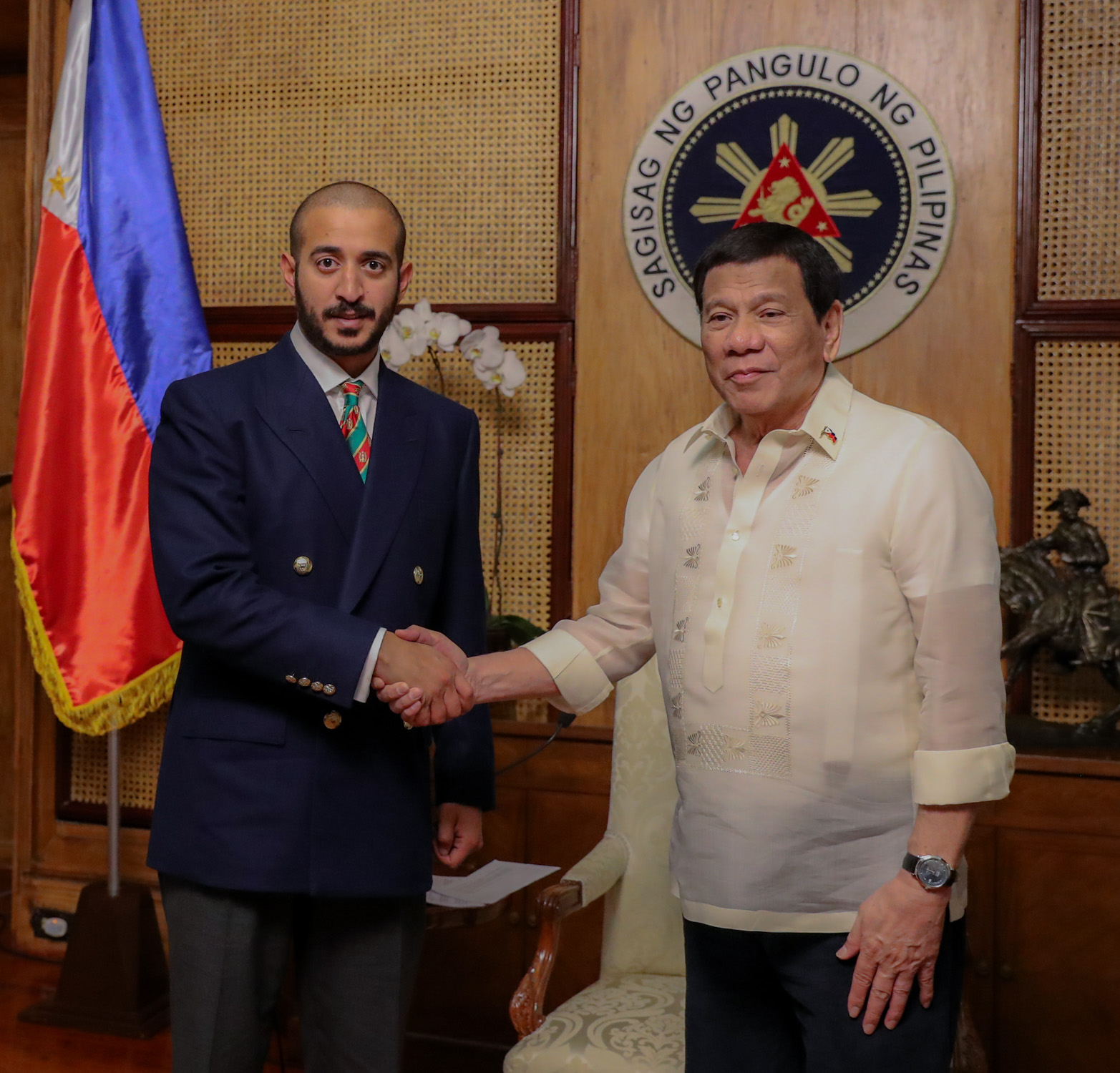 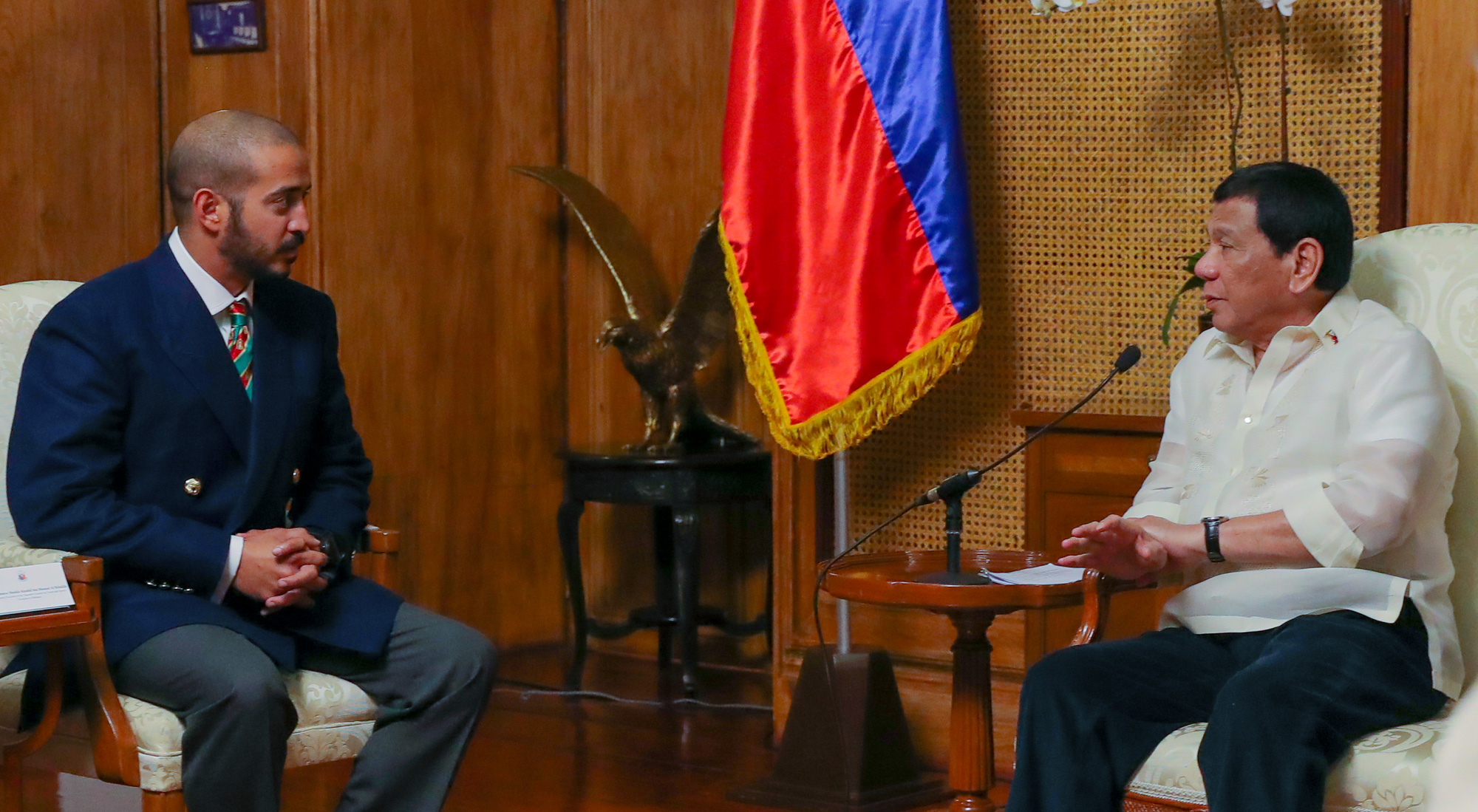 His Highness Sheikh Khalid bin Hamad Al Khalifa, the founder of Brave Combat Federation, has touched down in the Philippines to oversee the final preparations for Brave 22: Storm of Warriors, which will take place on March 15th in the country’s capital of Manila. An advocate for change through sport, Sheikh Khalid hopes to have MMA and Brave CF as key components to strengthening the bond between the Kingdom of Bahrain and the Philippines and looks forward to the benefits it will bring to both people.
His Highness met with His Excellency President Rodrigo Duterte and they spoke of the friendship between the two countries and the role Brave Combat Federation will have in the development of Mixed Martial Arts in the Philippines over the next few weeks, and the further development of the relationship between both countries. His Excellency praised the efforts put forth by the promotion.
“We are very proud of our close links with the Kingdom of Bahrain, which has developed through the years. Your Highness’ visit opens new horizons for collaboration between both countries and serves for the development of our ties. Hosting Brave 22 is part of our cooperation in supporting a promotion which is making its way towards the global stage”, said HE Duterte.
His Highness Sheikh Khalid thanked His Excellency for his words of support and also praised the relationship between both countries while looking forward to further development through MMA and Brave.
“Sports have become an important part of the promotion of bilateral relations between countries, and this is an opportunity for us to open the horizons of fruitful cooperation between Bahrain and the Philippines in this fertile field, which is driving the relationship towards further growth and progress. We take this opportunity to express our gratitude and appreciation to Your Excellency for the warm welcoming and hosting the 22nd edition of Brave. The Philippines is the ideal place to embrace sports activities, especially MMA, thanks to its popularity among youth in the country and the emergence of many young talents such as Stephen Loman, who’s our champion and part of the Brave family. Hosting such great sports activities reflects Your Excellency’s strong efforts in supporting sports and sportspeople”, explained His Highness.
Brave 22 will take place at the iconic Mall of Asia Arena, on March 15th. In the main event, Filipino hero Stephen Loman defends his Bantamweight title against Elias Boudegzdame, while other 10 of the finest warriors the Philippines has to offer will go to battle for bragging rights among the world’s elite.