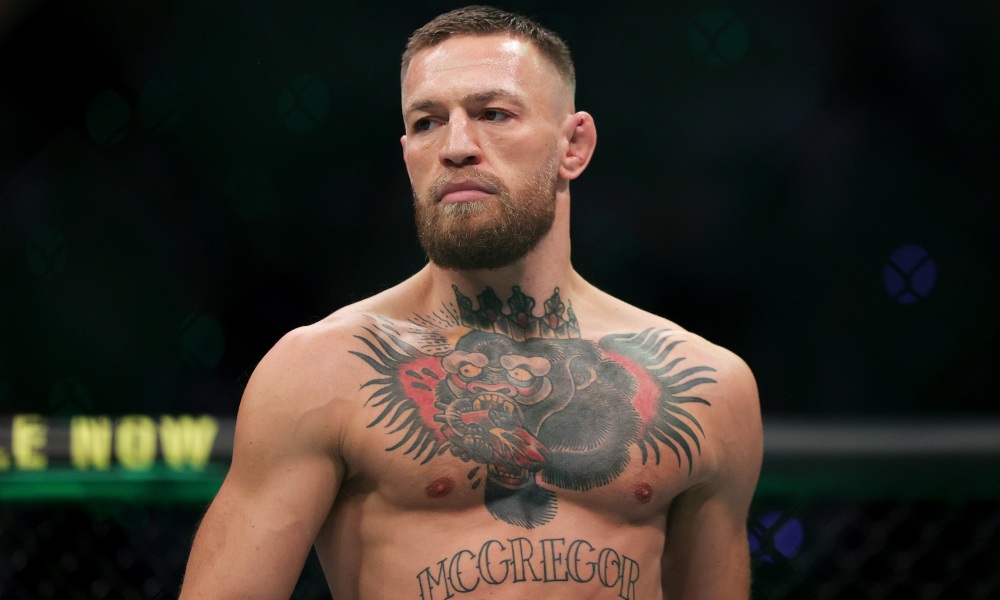 As much as Conor McGregor‘s name is associated with the sport of mixed martial arts, the Irishman is also often times linked with several controversial incidents that take place away from the Octagon, and the recent allegation of a physical assault comes from one Italian DJ named Francesco Facchinetti, who claims that McGregor attacked him at a nightclub in Rome and broke his nose.

Conor McGregor, who is on a two fight losing streak against friend-turned-rival Dustin Poirier as well as on a recovery period from his fractured leg, is currently on a vacation in Italy, but the accusation from Francesco Facchinetti has stirred up a new dispute for the ‘Notorious’, who is infamous for landing himself in trouble with the law time and again.

Facchinetti, who has one million followers on Instagram, shared the details of the alleged altercation with McGregor via a video clip on his Instagram story, as well as saying that the former UFC double champion attacked him out of nowhere, when they were enjoying at the party. Facchinetti also revealed to Il Massaggero that he plans to sue the MMA fighter for the assault as well.

“At 2.30 this night I was attacked by Mr. McGregor. The very famous McGregor, who punched me in the mouth, broke my nose in front of ten witnesses, his friends, and his bodyguards. He attacked me without motivation as we talked for more than two hours and we also had fun together. I could have shut up and not say anything to anyone, but since I’m here to tell it, I must say that that person is really violent and dangerous,” said Facchinetti.

“I took a punch for nothing. That punch could go to anyone. My friends, my wife, or other friends. That’s why I decided to sue Conor McGregor because he is a violent and dangerous person,” the DJ added. [H/T MMA Mania]

Facchinetti’s wife Wilma detailed her account of that took place between her husband and McGregor, while also warning the public not to go near the ‘unstable and dangerous’ MMA fighter.

“Then out of nowhere, he threw a punch in the face of Francesco,” Wilma revealed on social media, “he was inviting us to another party. Francesco said, ‘Okay, let’s go’ and he hit him. Luckily, he [Francesco] was very close so he [McGregor] couldn’t load up on his punch. Francesco flew back, fell on the table, and then on the ground. The first thing that came to mind was ‘are we kidding? Is it a show?’ Then I was paralyzed. I turned around and saw that his friends were holding him against the wall because he wanted to continue beating Francesco. Then they took him away. I turned on the light and the guards turned them off. Francesco was bleeding. I wanted to help him and the guards chased us away.”

“He will stay in Italy until October 26th. If you see him stay away from him. Don’t go near him and ask for autographs because he is an unstable and dangerous person,” Wilma added. [H/T Bloody Elbow]

McGregor, meanwhile, is yet to respond to the allegations.

How do you think the MMA community will react to the latest accusation on Conor McGregor? Let us know in the comments.