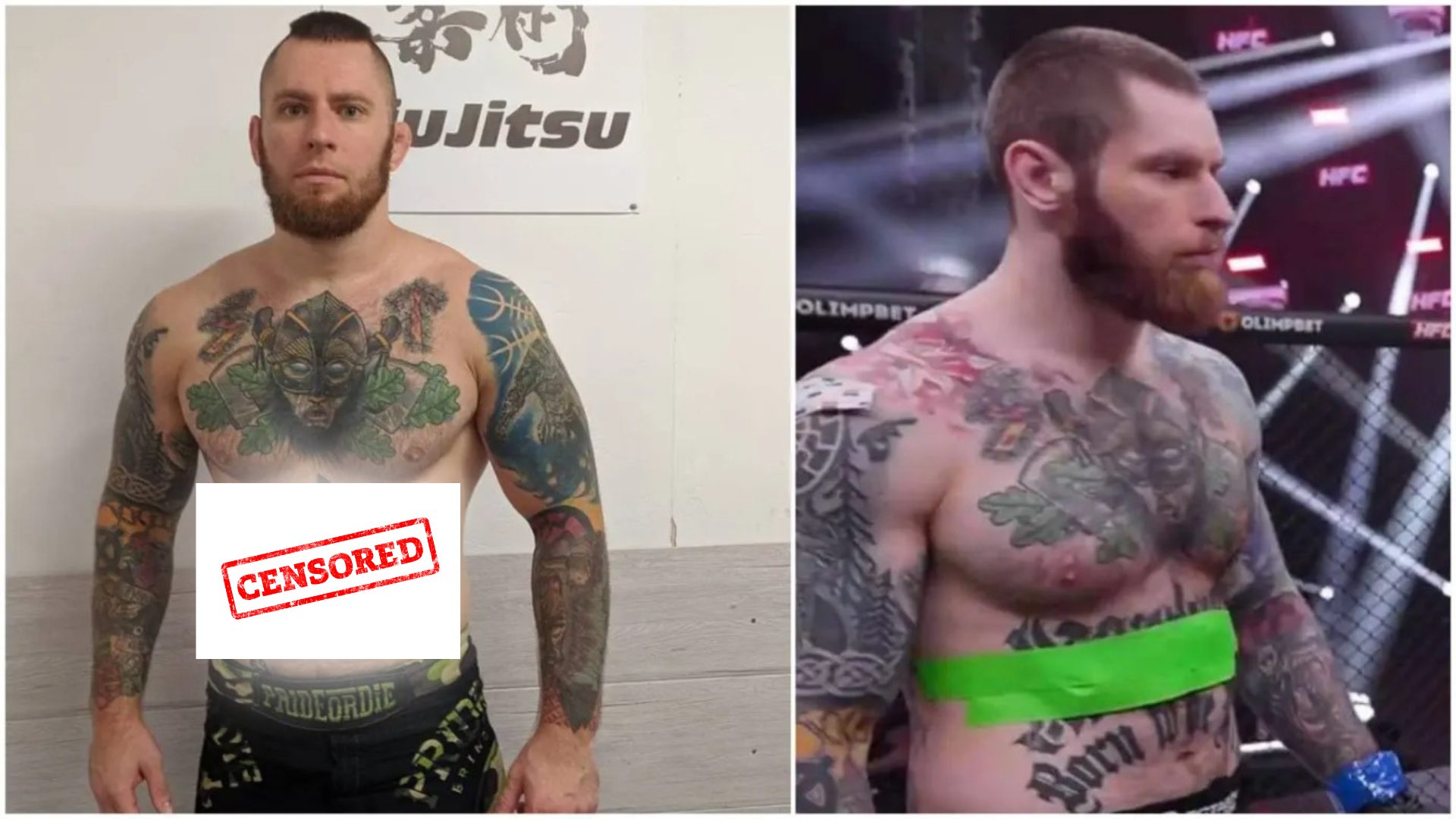 A Russian mixed martial arts fighter, Ivan Strelnikov was recently compelled to cover up his Nazi tattoo prior to the start of his most recent fight. He went on to lose a unanimous decision to Azerbaijan’s Kenan Guliyev, bringing his professional record to 5-3. 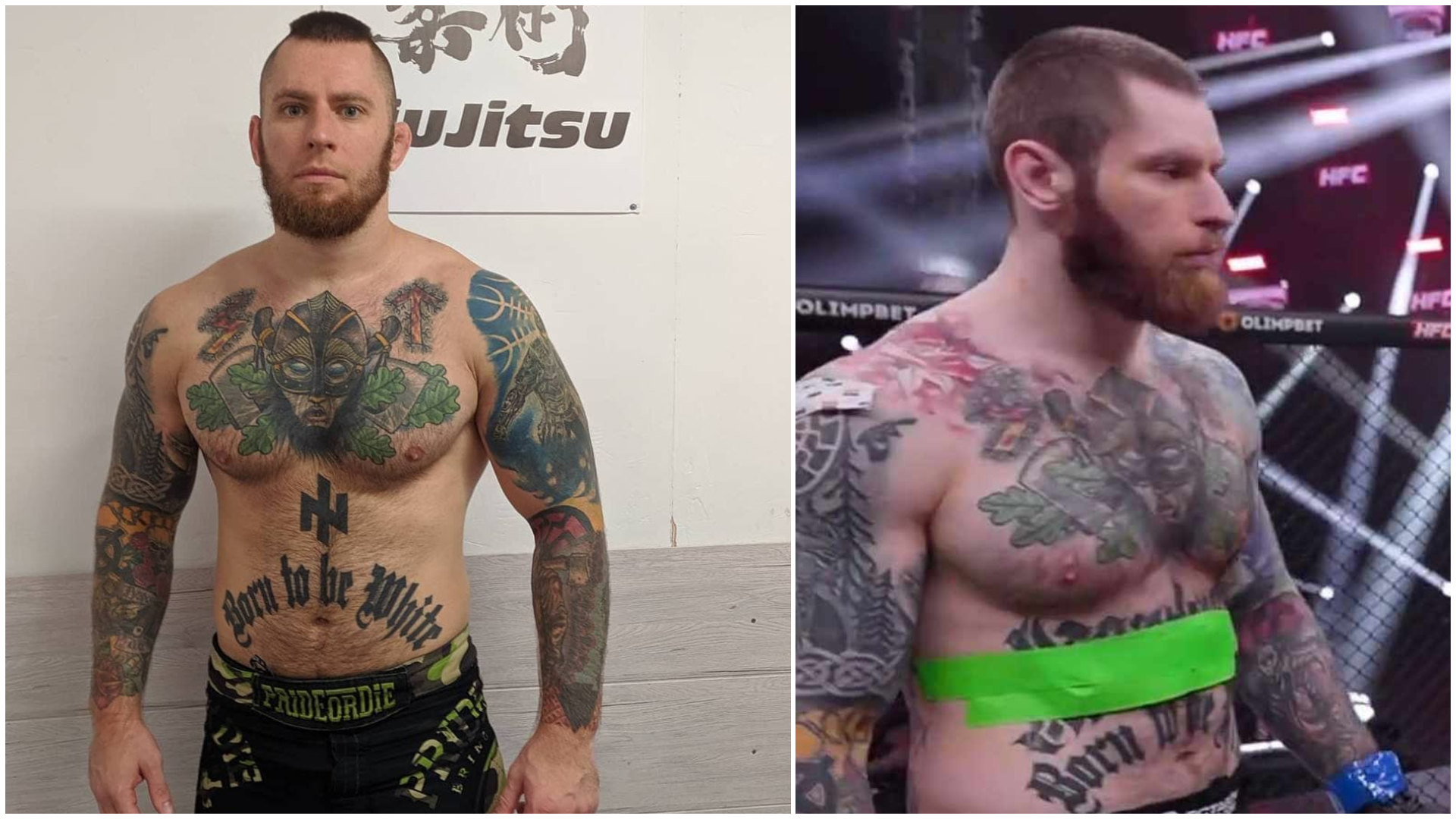 Popular news outlet The Mirror noted that Ivan Strelnikov was made to cover up the Nazi Wolfsangel tattoo across his midsection ahead of the finale of Hardcore MMA Season 1. The fighter could be seen at the start of the fight sporting green duct tape, which quickly peeled off as he began to sweat. It is quite ironic that Ivan Strelnikov works in tattoo removal for his day job, had another tattoo on his shoulder covered up, as well as the phrase “born to be white” embellished across his stomach.

For those who are not aware, The Wolfsangel is an ancient runic symbol that was appropriated by Nazi Germany. It appeared as part of the divisional insignia of several Waffen-SS units, including the notorious 2nd SS “Das Reich” Panzer Division. As a result, it became a symbol of choice for neo-Nazis in Europe and the United States. More recently, the symbol has been associated with the far-right Azov Regiment in Ukraine.

This is not the first time that fighters have made headlines for their Nazi-affiliated tattoos. Previously, it was noted how Russian fighter Roman Bogatov’s coach sported a Nazi Sonnenrad (Black Sun) tattoo during the UFC 251 broadcast.

UFC fighter Andrea Lee ex-husband and former coach Donny Aaron also had a pair of Nazi tattoos on his arm that he refused to cover up. More recently, a fighter was barred from competing in a Czech MMA organization after he was found to have a portrait of Adolf Hitler on his arm.

What are your thoughts on the incident? Let us know in the comments section below.

Geje Eustaquio Responds to Gurdarshan Mangat’s Callout: ‘I Can’t Wait To Share the Circle with Him’