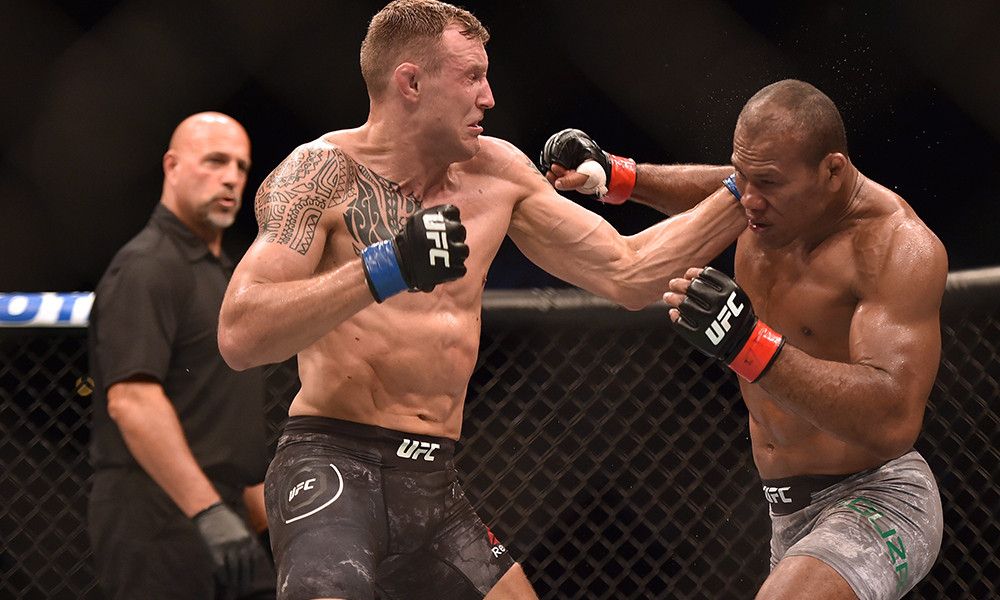 At the turn of the year no one would have pegged Jack Hermansson as their breakout fighter for the year. But within a span of 4 weeks, Hermansson has racked up victories over the top contenders in the 185 pounds division.

Last month the Swedish submitted David Branch in a mere span of 41 seconds. After that it seemed as if he had earned a little time off to prepare for his next fight. Meanwhile, Yoel Romero was slated to fight Brazilian veteran Jacare Souza. However, the Cuban wrestler had to withdraw from the fight citing pneumonia. As a result, Hermansson stepped in as a short notice replacement.

Despite the relatively short preparation time, Hermansson put up a clinic performance over the 40 year old veteran and won a unanimous decision in a fight that went the distance over 5 rounds. Hermansson took to Instagram to celebrate his victory.

Hermansson stated in his post fight interview that he wishes to let everyone know that he is a legitimate contender in the middleweight division. As for Jacare, who was promised a title shot upon winning, it seems as if he would have missed his final opportunity to fight for a UFC belt.

Previous articleUFC: Dana White: Conor McGregor meeting not happened yet
Next articleOfficial: UFC 242 will be in Abu Dhabi!