Jackson-Wink has had enough! Diego Sanchez vs Cowboy to settle beef? 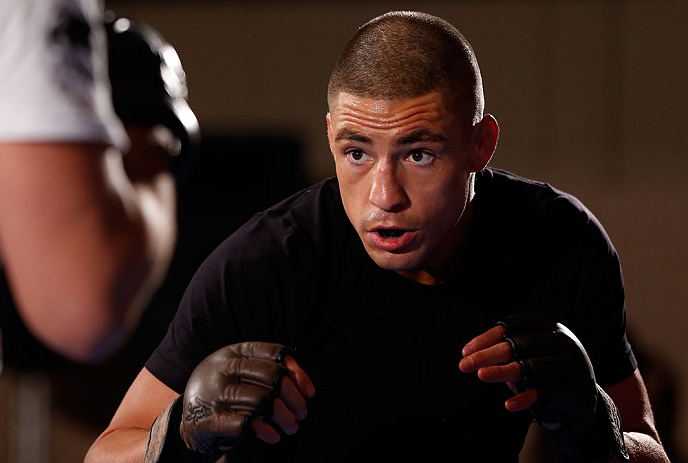 Donald Cerrone made headlines last week by making some shocking remarks about his former coach Mike Winkeljohn. While appearing on the Joe Rogan Podcast, Cerrone opened up about everything that’s wrong with the Gym and Winkeljohn.

The remarks, however, did not go well with UFC veteran Diego Sanchez. Sanchez is one of the mainstays at the gym and came out in defense of his team. 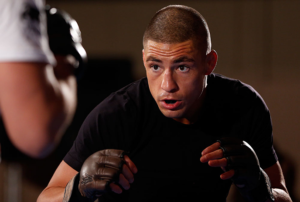 “It hurt to see ‘Cowboy’ trashing these guys that work so hard, and they put in the time in the sport,” Sanchez told MMAjunkie. “Gyms go through ups, gyms go through downs. It is a business. It’s about money. Winkeljohn has $40,000 a month he pays on overhead on our facility. So, there are decisions that have to be made. I was just more emotional because ‘Cowboy’ trash talked a really good man, my wrestling coach Chad Smith. He’s a really good dude. He never sold no steroids to no kids. And he’s lucky – ‘Cowboy’ is lucky that Chad is such a good dude, or else he would be suing him for defamation of character right now.”

Sanchez considers himself a fairly loyal person and Donald trashing his coach have not gone down well and it has reached to a point where he said he would like a fight to happen in the future.

“I was pissed,” Sanchez said. “The old Buddakan wanted to come out like, ‘If I see this guy right now, it’s going down. That’s my coach.’ I told ‘Cowboy,’ I’m like, ‘Look bro, what if it was your coach and someone did that to you? How would you respond, bro?’ I go to war with these guys. These guys have been there when I freaking was knocked unconscious and they’re right there taking care of me with with love, with passion. Those are the type of guys that he’s talking (expletive) about. I wouldn’t have it. I had to say a few words, and if everything unfolds, you never know. We may be standing across the cage from each other.

“He’s fighting Mike Perry and he has to fight Mike Perry, but I know that’s a fight fans have always wanted, is me and ‘Cowboy.’ Say I win, he loses, it’s a big possibility that this fight could happen before the end of the year.”

Previous articleDana White is at it again! Strips another Champion after UFC 228 no-show
Next articleChael – worst trash talker, Colby – extraodrinary liar; Jon Jones is on a roll