Jake Paul slams Dana White: ‘You are the definition of a f*cking unhappy billionaire’

The hottest Boxing prospect Jake Paul is taking continuous shots at UFC president Dana White and both of them are now engaged in a very serious feud regarding several issues. Jake Paul has been pursuing Dana White to allow his fighters and let them fight him in the boxing circuit but White has been rigid in his decision and has stated on multiple occasions that he won’t allow any of his fighters to participate in a boxing match against Jake Paul. 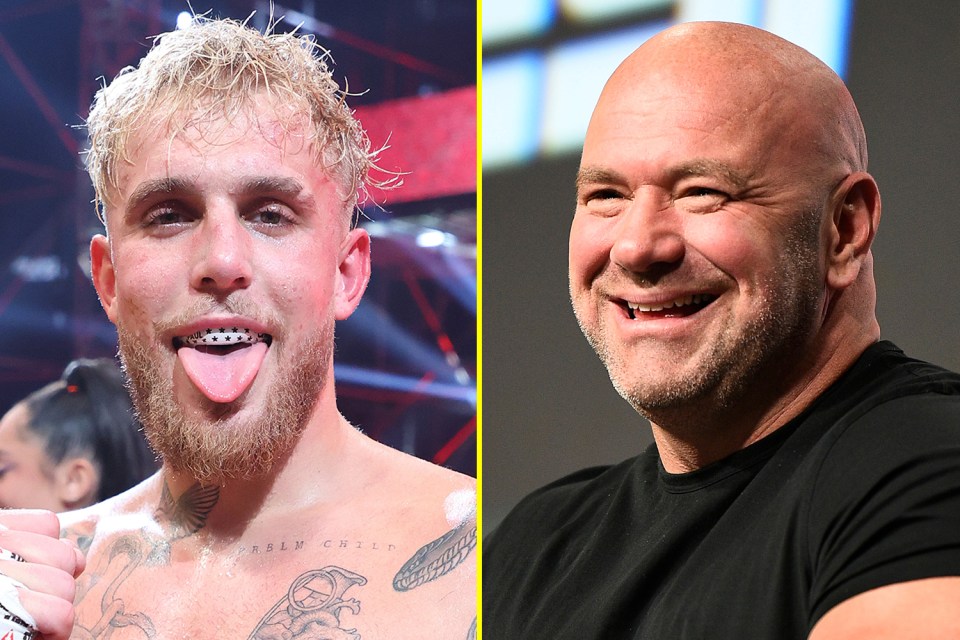 The feud recently got ignited after Jake Paul accepted Dana White’s challenge for the Drug test but in return, he put out some conditions for Dana White.

Jake Paul accepted this challenge and gave a challenge in return to White.

Happy new year @danawhite. Here is a real challenge for you…

I will immediately retire from boxing and fight Jorge Masvidal in the UFC if you agree to: pic.twitter.com/bJScDVITvL

“Happy new year @danawhite. Here is a real challenge for you…

I will immediately retire from boxing and fight Jorge Masvidal in the UFC if you agree to:

3) Provide long-term healthcare to all fighters (you previously said brain damage is part of the gig…imagine the NFL said that). There are many UFC alums who have publicly said they are suffering from brain damage

You have 5 days to accept and to implement the above by March 31, 2022. Once implemented I will immediately retire from boxing, enter USADA and agree to a 1 fight deal with UFC to fight weak chin, Jorge.

To all UFC fighters – time to take a stand and create value for yourselves and your peers. You deserve higher pay, you deserve long-term health and above all you deserve freedom. Support each other. I am not your enemy. I am your advocate…who selfishly wants to KO a few of you to make some big bank.”

“Jake you never responded to the challenge. You publicly stated that I use cocaine. I do not. So I told you ‘You can randomly cocaine test me for the next ten years. I believe that you’re a cheater, and I believe that you use steroids. So I want to randomly steroid test you for the next two years. And that thing that you came out with today, nobody on earth thinks that you wrote that, you’re too stupid.” Dana White said.

Jake Paul gives a fiery response to Dana White after White released a video for him.

“Dana, I accepted every part of your challenge,” Paul said. “I said I would fight (Jorge) Masvidal in MMA. Steroid tests me whenever the f*ck you want. It is two weeks after my fight and I’m a fat b*tch. I don’t do steroids and I take it as a compliment because there’s no other excuse to me knocking out all of your champions than, ‘This kid does steroids.’ Look at me (now). Look at that. (I’m) a fat b*tch. If your steroid tests me, then I want to steroid test every one of your fighters. You won’t want to do it, though, will you?” Jake Paul continued (h/t MMAJunkie):

“Long story short, you addressed nothing that I said. I said I would fight MMA. I said that I would retire from boxing and you avoided all of that sh*t. … It shows that you are in a corner. You’re a dog in a corner trying to fight to save his whole company and the embarrassment that I’ve put you through. Everybody sees it and what you can’t accept or love or appreciate is that I’m trying to change the sport forever. You are one of the most selfish, capitalistic motherf*ckers that I’ve ever seen.

“Everybody else needs you, Dana. I’m the only person who doesn’t need you. I don’t give a f*ck about you, but all these people, all of your fighters, they can’t say sh*t because you’ll just bench them. You’ve met your maker. I’m not going to stop. Welcome to the show, ladies and gentlemen. The bottom line, Dana, is that you won’t add healthcare because you don’t give a f*ck about them. And you’re too much of a greedy b*tch to pay your minimum fighter more than $12,000 for risking their lives. It’s what a janitor makes. You need to pay them $50,000, Dana. Stop avoiding my points.”

Jake Paul compared his numbers with the UFC fighters.

“You say Masvidal is a pay-per-view superstar?! Let’s go to his last Instagram post. (It has) 5,000 likes or 10,000 likes or some sh*t. Do you realize that my mom, Pam, gets more likes than your pay-per-view ‘superstars’? Men lie. Women lie. Dana White lies. Numbers don’t. You want to talk sh*t about my manager (Nakisa Bidarian), who was the CFO of your company, that helped you sell it to Endeavor for $4 million? You’re just a jealous, ugly f*ck. You don’t know what true happiness is. You are the definition of a f*cking unhappy billionaire who thought that money would make their lives better. I feel bad for you.”