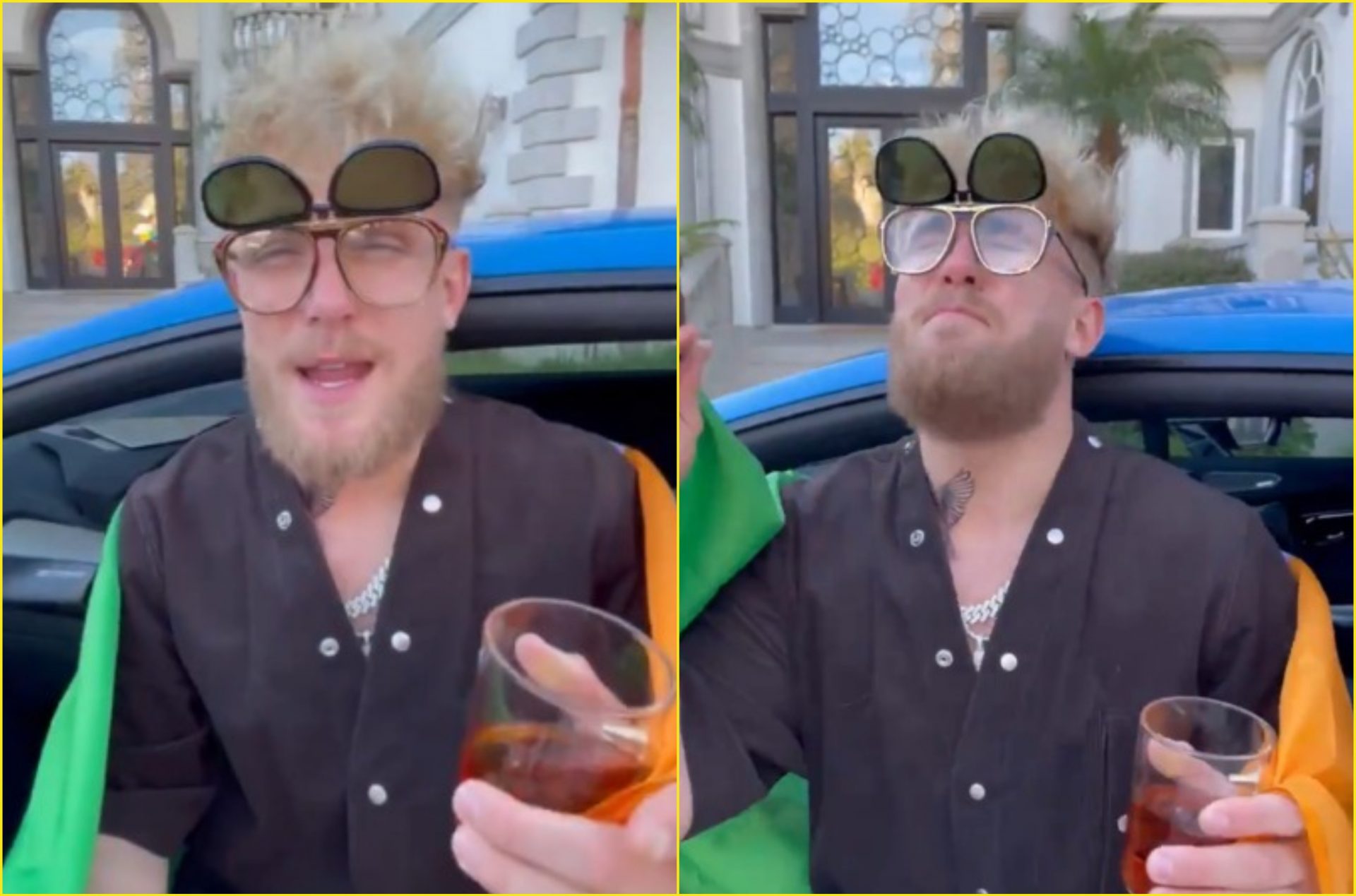 The YouTuber turned boxer took to social media to post a profanity-laced video calling out the Irishmen for a fight. In the video, he also claimed that he is offering $50 Million to Conor McGregor for a boxing match.

Jake Paul also took a shot at Conor McGregor’s fiance Dee Devlin while being draped in an Irish flag and smoking a cigar.

“What the (expletive) is up, you Irish (expletive)?” Jake Paul said. “Good morning, Conor McGregor. I know you’re probably beating up old dudes in a bar right now, or maybe you’re jacking off because you’re sick of (expletive) your wife. I mean, she’s a four, Conor. You could do a lot better. But happy Monday.

“My team sent you a $50 million offer this morning – $50 million contract (with) proof of funds – the biggest offer you’ve ever been offered, but you’re still scared to fight me, Conor. You’re ducking me because you don’t want to lose to a (expletive) YouTuber. You’re 0-1 as a boxer. I’m 2-0 as a boxer.”

Jake Paul also highlighted the fact that he sold the eight highest selling PPV in boxing history and took a dig at him for fighting Dustin Poirier.

“I just came off the eighth biggest pay-per-view event in history, but you want to fight Dustin ‘Prober’ who has less followers on Instagram than my (expletive) dog,” Paul said. “That’s a fact.”

Following a series of nasty personal attacks at Conor McGregor, the 23-year old turned his attention towards UFC president Dana White, who had previously stated that there’s no chance of a fight between Jake Paul and Conor McGregor happening.

Jake Paul is currently 2-0 inside the boxing ring and he last fought against former NBA star Nate Robinson on the undercard of Mike Tyson and Roy Jones Jr at the Staples Center in Los Angeles.

The fight sold 1.6 Million pay-per-view buys making it one of the highest-selling boxing events of the year.

What do you guys think about Jake Paul’s callout of Conor McGregor? Let us know in the comments section below.

Previous articleYoel Romero signs with Bellator, will make promotional debut at Light Heavyweight
Next articleStephen Thompson says Khamzat Chimaev’s promotional push is “a slap in the face to everybody who’s worked their butts off’