Jake Paul knocks out AnEsongib in the first round, calls out KSI 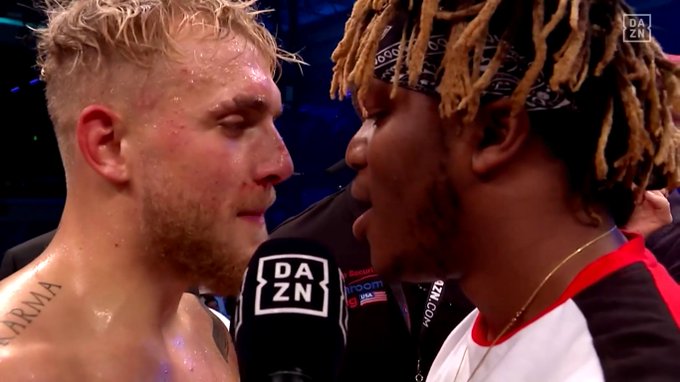 This was the professional debut of both the fighters. The fight took place at the Meridian at Islands Garden in Maimi, Florida. 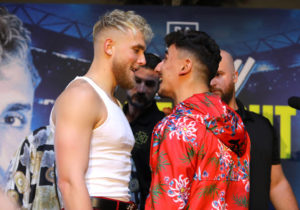 The fight lasted 2:18 before the referee had to step in to stop the fight. Jake dominated the fight with his jab keeping AnEsonjib at bay and then unloading hard shots which ultimately ended the fight.

Jake Paul KNOCKS OUT AnEsongib in the first round after knocking him down 3x#PaulvsGib #GibVsPaul
<https://t.co/w2GIk6gZrz

“That was lit. I’m taking a moment to soak it in, I caught the boxing bug, I put the work in and I’m in love with this sport.

“My power and speed took him out in the first round.

“I dedicated the last five months of my life to this, I sacrificed everything for this. You all said this was my best competitor and I silenced him in one round.

“I didn’t even get to showcase my boxing ability.”

“Y’all said that this was my best competitor. He’s undefeated, he’s 2-0, he’s got energy, he’s got stamina. I didn’t even get to showcase my real boxing ability, it was all just natural instinct in there.” Jake Paul after beating Gib. (H/T – Sporting News)

Do you guys want to see KSI vs Jake Paul?

Previous articleUFC: Adesanya wants to prove the ‘feed him to Romero’ thruters wrong at UFC 248
Next articleUFC News: Israel Adesanya feels Jon Jones has a ‘big problem on his hands’ against Dominick Reyes