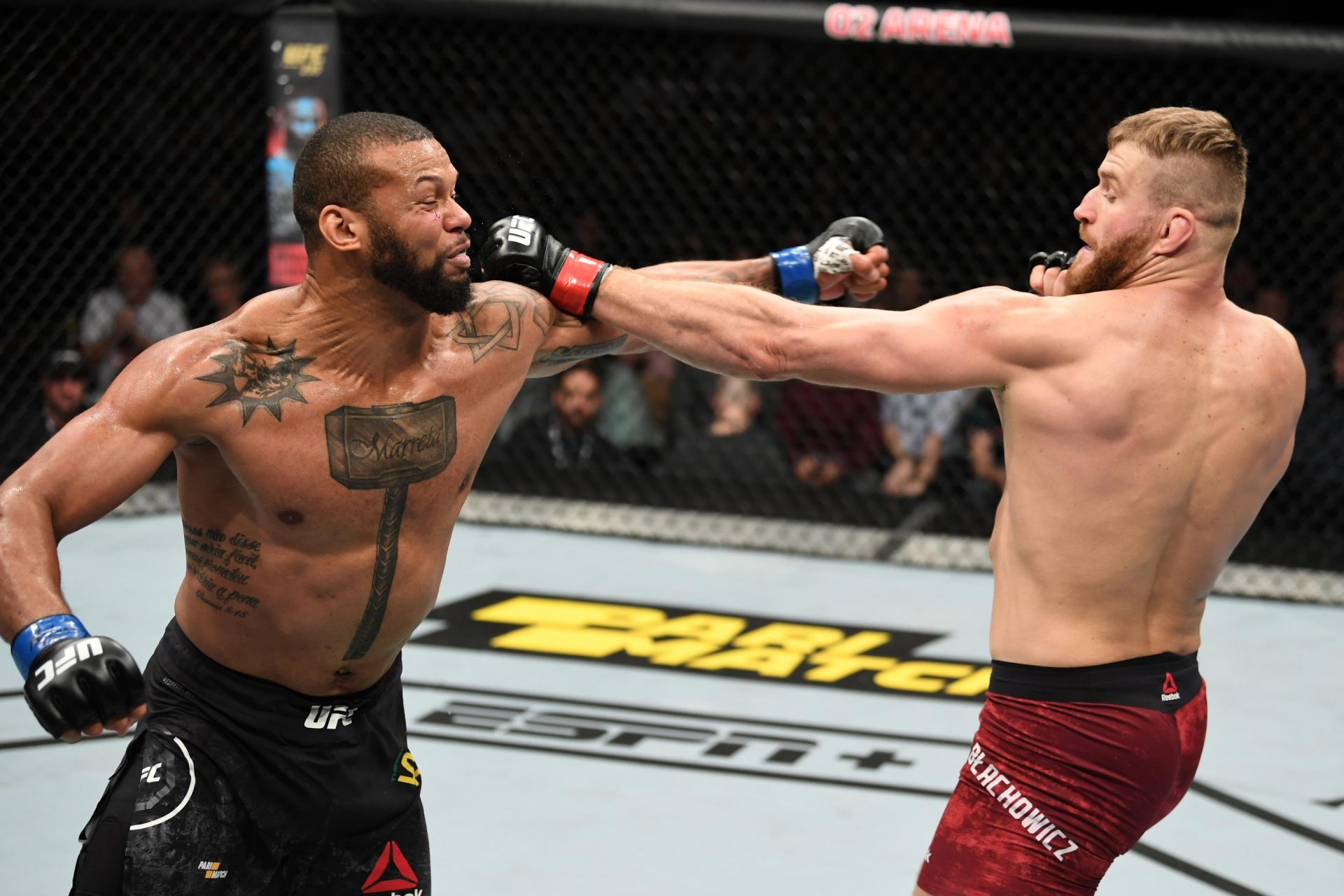 The winner of the fight could end up becoming the top contender to fight for Jan Blachowicz for the middleweight title.

This will also be Thiago Santos’s first fight inside the cage in nearly one and a half years. He injured his legs in his fight against Jon Jones at UFC 239 in July 2019.

Speaking to MMA fighting, Jan Blachowicz gave his official prediction for the fight, where he felt that

“I think [Thiago Santos is] going to win the fight but we will see,” Blachowicz told MMA Fighting when offering his prediction. “Glover, he’s got a second life. He’s in very good shape. It’s 50-50 for me but I think that Thiago will win this fight.”

Jan Blachowicz and Thiago Santos fought back in 2019 at UFC Fight Night 145. Santos scored a TKO victory over the Polish star.

Jan Blachowicz hopes to rematch Santos and avenge his loss to the Brazilian star.

“That would be nice to win a fight against him, defend the belt. Something I would like to do.”

While Jan Blachowicz wants to avenge his loss to Thiago Santos, he will likely fight UFC middleweight champion Israel Adesanya in a ‘Super Fight’.

“UFC asked me [about fighting Adesanya] after my fight in Abu Dhabi [at UFC 253], the next day,” Blachowicz told ESPN recently. “I say it’s no problem for me but not now. In March I can fight anybody, it’s no problem for me. But I can not fight any earlier than March. This is one problem for my opponent. If Israel wants to wait no problem, if not he needs to fight a different challenge.”

“If he thinks like this he’s wrong,” Blachowicz said. “Why does Jon Jones not want to fight at 205 anymore? He’s afraid of me. That’s why he moved to heavyweight. This is the reason. So this is not going to be an easier fight for Adesanya. It’s going to be a harder fight.”

Who do you guys think wins in a fight between Israel Adesanya and Jan Blachowicz? Let us know in the comments section below.