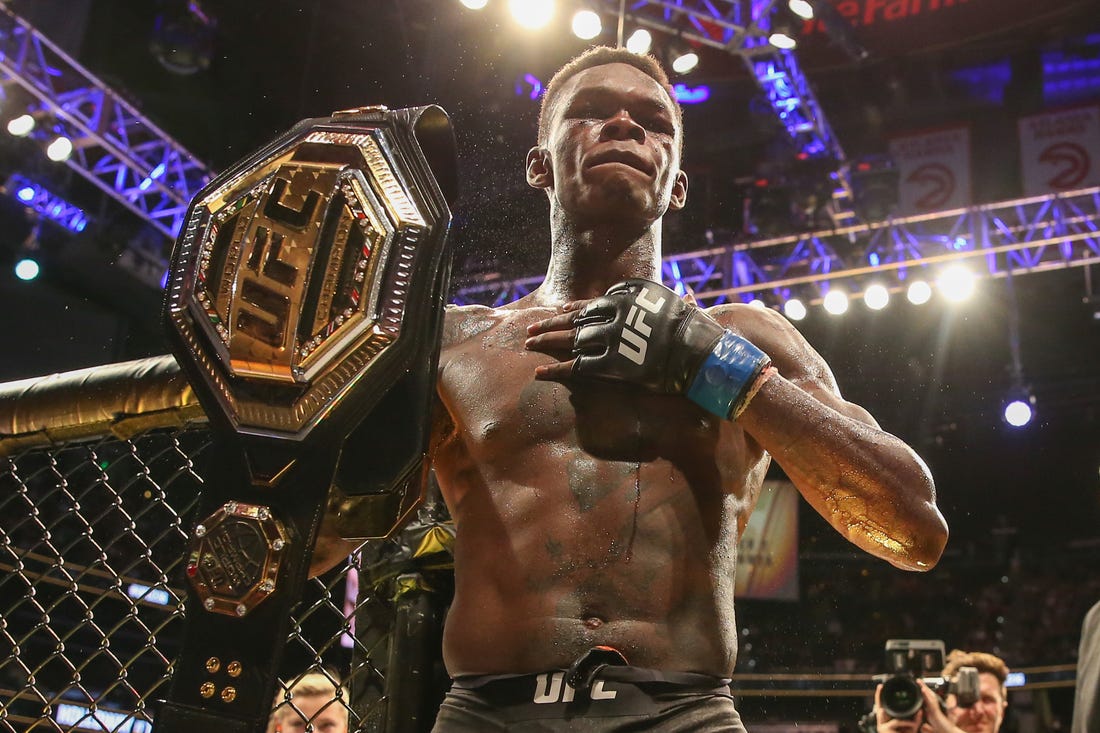 Israel Adesanya has expressed interest in moving up to Light Heavyweight in an attempt to become Ultimate Fighting Championship’s (UFC) next “champ-champ,” even though Robert Whittaker is waiting in the wings for his shot at revenge against the Middleweight champion. If it’s a light heavyweight title shot that Israel Adesanya desires, Jan Blachowicz is ready and willing to oblige.

Blachowicz, the UFC’s 205-pound champion, made it clear Thursday that he would welcome Adesanya, the UFC’s middleweight champ, moving up to challenge for his title. In response to an NZ Herald report that Adesanya is ready to negotiate a champion-vs.-champion showdown for early next year, Jan made it clear that the interest is mutual.

I have heard that Israel Adesanya wants to face me next. No problem, If you are ready to fight in March, let's do this. Prepare for a some fireworks guys 💥👊#LegendaryPolishPower

“I have heard that Israel Adesanya wants to face me next,” he tweeted. “No problem. If you are ready to fight in March, let’s do this. Prepare for a some fireworks guys.”

As it stands, there isn’t a clear-cut No. 1 contender at 205 pounds. Thiago Santos and Glover Teixeira are set to collide at UFC Vegas 13 on Nov. 7, 2020, and the winner could very well earn a shot, though it’s now a foregone conclusion. As far as the landscape at 185 pounds, Whittaker earned a shot at reclaiming his strap by battering Jared Cannonier last Saturday at UFC 254.

Super-fight between Adesanya and Blachowicz?

After Adesanya (20-0 MMA, 9-0 UFC) finished Paulo Costa last month at UFC 253, the champ declared he was ready to give Jared Cannonier the next title shot if he beat Robert Whittaker at UFC 254. That didn’t happen, though, as Whittaker defeated Cannonier by unanimous decision last week for his second straight win since losing the title to Adesanya. It keeps Whittaker firmly as the No. 1 contender, which might not interest Adesanya since his win over Whittaker came just last year.

UFC president Dana White has said an Adesanya-Whittaker rematch is “very appealing,” but perhaps Adesanya’s wishes would sway him.

Blachowicz (27-8 MMA, 10-5 UFC) became the light heavyweight champion when he TKO’d Dominick Reyes at UFC 253 to claim the title vacated by Jon Jones, who’s been entrenched in a bitter war of words with Adesanya. The winner between Thiago Santos and Glover Teixeira could be the next 205 contenders but if the champ has some other plans, UFC  would try to make a super fight.

Jan Blachowicz expresses his interest in a super-fight against Adesanya