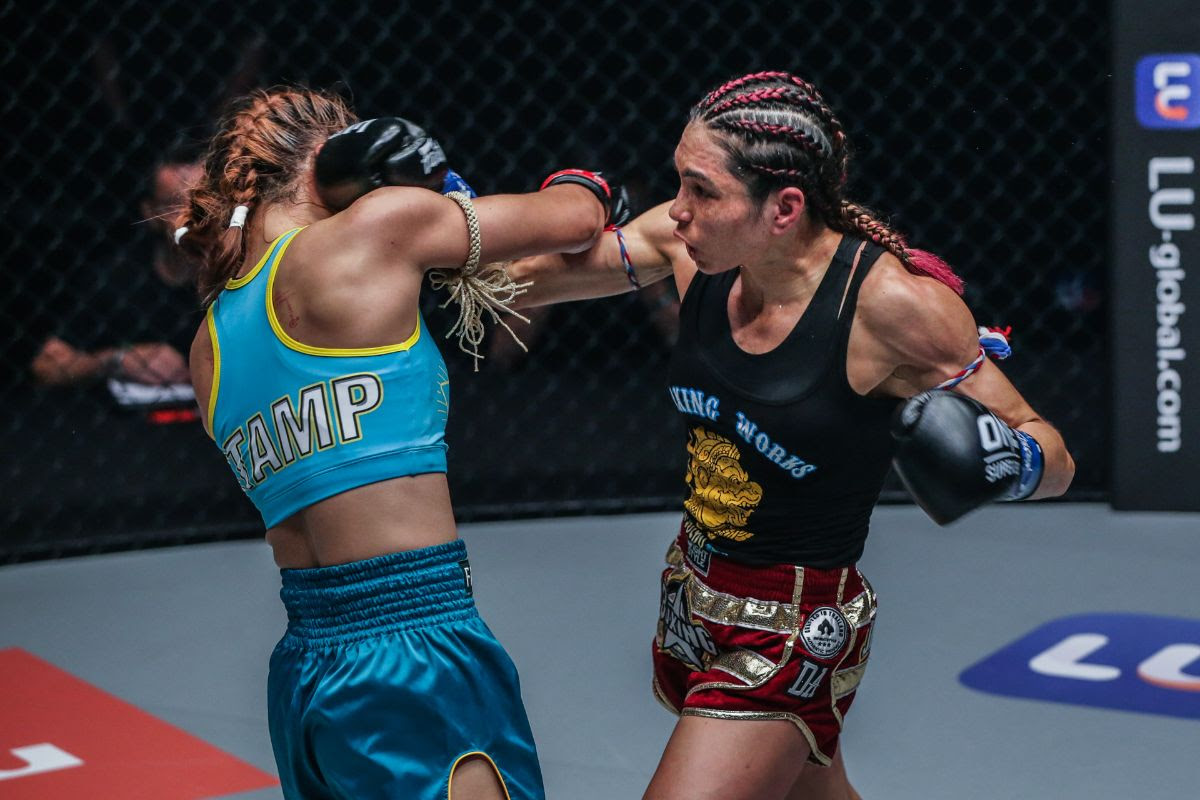 The largest global sports media property in Asian history, ONE Championship™ (ONE), held a special closed-door event at the Singapore Indoor Stadium. With no crowd in attendance, ONE: KING OF THE JUNGLE still showcased the very best of global martial arts talent

In the main event of ONE: KING OF THE JUNGLE, the United States’ Janet “JT” Todd put together an extraordinary performance, stunning now former two-sport ONE World Champion Stamp Fairtex to capture the ONE Atomweight Kickboxing World Title. The two women had met previously under Muay Thai rules, but tonight, it was the punching accuracy of Todd that led her to victory. Todd opened the bout with a massive first round, connecting on the quicker, more impactful blows. Stamp turned the tide in the second and third rounds, closing the gap on the scorecards. Heading into the championship rounds, it was anybody’s game as the two women gave their all. Behind beautiful boxing combinations, Todd scored on a myriad of straight punches and hooks that found their mark. In the end, all three judges scored the bout in favor of Todd to win by split decision.

In the co-main event of the evening, reigning ONE Strawweight Kickboxing World Champion Sam-A Gaiyanghadao of Thailand added another belt to his collection after defeating Australia’s Rocky Ogden to capture the inaugural ONE Strawweight Muay Thai World Championship. The legendary Thai veteran was the quicker and more powerful man as the contest wore on. Although the first few rounds were closely competitive and tactical, Sam-A turned up the aggression in rounds four and five, punishing his young opponent with fast and powerful kicks and boxing combinations. After five high-octane rounds, all three judges scored the bout in favor of Sam-A, who makes history as the first ever male two-sport ONE World Champion. 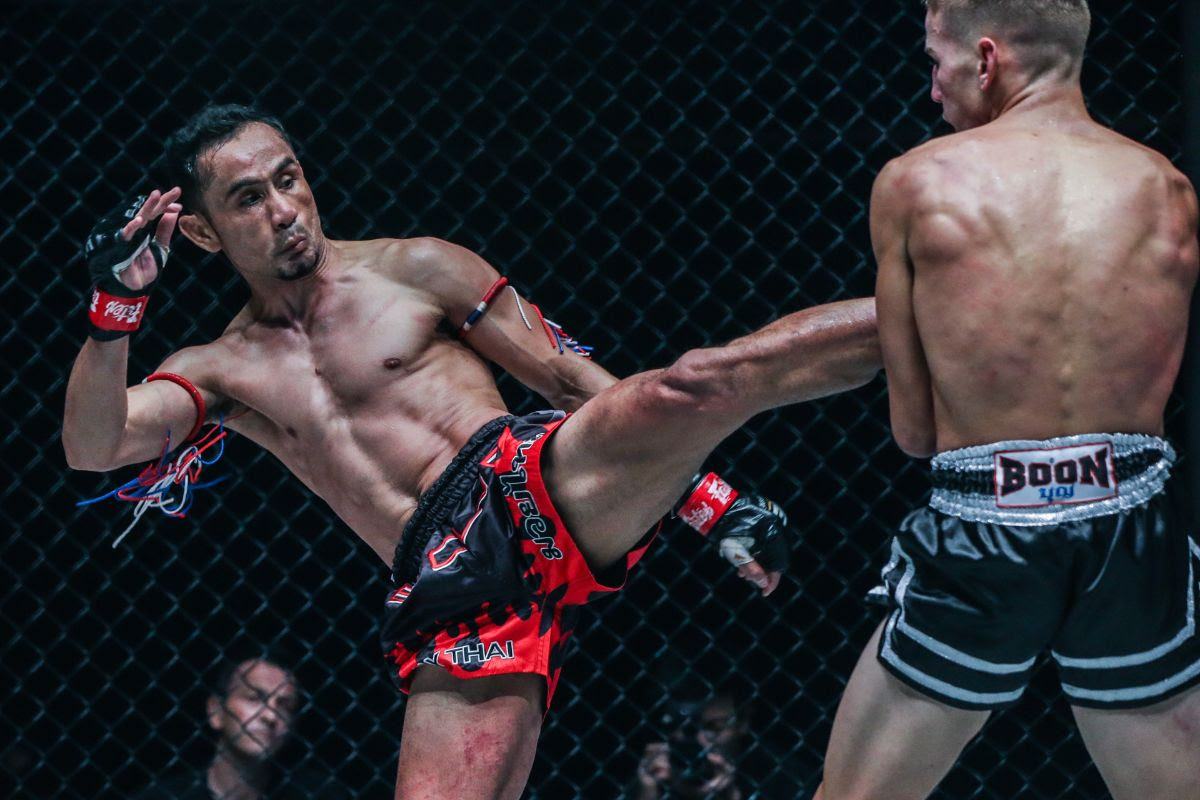 ONE Warrior Series Contract Winner Kimihiro Eto of Japan easily scored the biggest victory of his career when he put former ONE World Title challenger Amir Khan of Singapore to sleep within the first few minutes of the opening round. The Japanese stalwart impressed with his grappling skill, as he effortlessly cancelled out Khan’s dangerous striking. As soon as the bell rang, the two men met immediately at the center of the ONE CIrcle, engaging in the clinch position. Eto then drove Khan against the Circle wall, and within moments he was able to bring the Singaporean Muay Thai Champion to the mat. From there, Eto took Khan’s back and sunk in a deep rear naked choke to end the bout early. 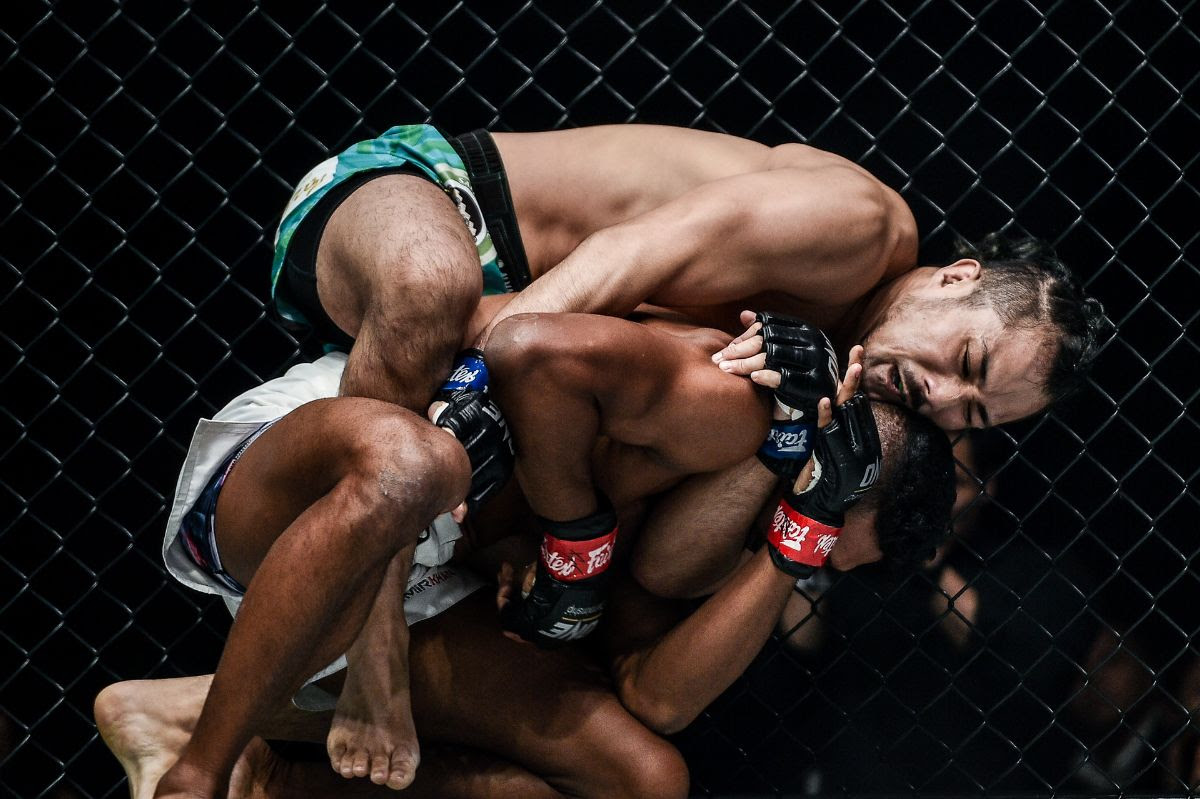 Japanese-Korean mixed martial arts legend Yoshihiro “Sexy Yama” Akiyama powered through an early flurry from Egypt’s Sherif “The Shark” Mohamed to win by first round knockout. Mohamed railed off wild haymakers from the opening bell, forcing Akiyama to backpedal and box from distance. The veteran Akiyama showed great head movement, evading most of Mohamed’s power shots. Towards the end of the round, Akiyama punctuated his performance by landing a well-placed right hook as Mohamed was coming in, instantly turning the lights out on the Egyptian.

In a clash of top female strawweights, former ONE World Title challenger and Singaporean boxing champion Tiffany “No Chill” Teo overcame a spirited effort from highly-regarded Ayaka Miura of Japan, winning by technical knockout in the third round. Miura flashed moments of brilliance in the first round, attacking with her 3rd Degree Judo Black Belt skills while hunting for her trademark scarf hold submissions. But Teo quickly figured out her game plan and adjusted her strategy to nullify Miura’s ground game. In the second round, Teo took control of the action, stopping Miura’s takedown attempts and then lighting her up on the feet. In the final round, it was all Tiffany Teo as the Singaporean pounded Miura with thunderous strikes to force the stoppage.

The Philippines’ Denice “The Menace Fairtex” Zamboanga battered top contender Mei “V.V” Yamaguchi of Japan for the majority of the three-round atomweight contest to win by unanimous decision. Zamboanga was accurate and powerful, connecting on a volley of explosive boxing combinations. By the end of the first round, Yamaguchi’s face already showed the wear of a warrior who has been through war. Although the Japanese former ONE World Title challenger tried to nullify Zamboanga’s striking by taking matters to the ground, the Filipina exhibited impeccable takedown defense, stopping most of Yamaguchi’s takedown attempts. In the end, all three judges scored the bout in favor of Zamboanga. Shortly after, Mitch Chilson announced that Zamboanga had earned herself a shot at the ONE Women’s Atomweight World Championship currently held by Angela Lee.

The United States’ Troy “Pretty Boy” Worthen kept his professional record perfect with a tremendous performance against ONE Warrior Series Contract Winner Mark “Tyson” Fairtex Abelardo of New Zealand and the Philippines. Worthen negated Abelardo’s early onslaught with good footwork and savvy defense. He then tagged Abelardo with a plethora of high kicks that left the Fairtex Gym representative dazed. With his opponent in disarray, Worthen proceeded to turn to his world-class wrestling, overwhelming Abelardo on the mat. Across three whole rounds, Worthen controlled a game but outclassed Abelardo en route to a hard-earned unanimous decision victory.

Former ONE Featherweight World Champion Honorio “The Rock” Banario of the Philippines returned to the featherweight division to take on Thailand’s Shannon “OneShin” Wiratchai, figuring in a close split decision victory. The two former lightweights went to war over three full rounds, meeting each other at the center of the ONE Circle with their best offense. Wiratchai, creator of the OneShin Striking System, dazzled behind a consistent left round kick which found a home on Banario’s chin. The Filipino veteran, however, showcased beautiful boxing, and a relentless takedown game that saw him in top position for the majority of the contest. In the end, two of the three judges saw the bout in favor of Banario.

In a women’s atomweight contest, Indian wrestling sensation Ritu “The Indian Tigress” Phogat authored a dominant performance, outgrappling opponent “Miss Red” Wu Chiao Chen of Chinese Taipei over the course of three rounds. Phogat, a Commonwealth Wrestling World Championships gold medalist, took Wu to the canvas at will with smooth takedowns. With Wu on her back, Phogat punished her opponent with fists and elbows from the top. Wu tried her best to defend, but struggled to gain any traction. After three whole rounds, Phogat emerged victorious with an impressive showing, earning the nod on all three judges’ scorecards.

ONE Championship newcomer Murad Ramazanov of Russia kept his unblemished record intact after turning in a dominant performance in a victory over South Korea’s “Wolverine” Bae Myung Ho. Action started out fierce, with Bae pushing the pace, pressing Ramazanov up against the Circle wall with powerful strikes. Ramazanov, however, defended quite well and was able to weather the early storm. The former WMMAA World Champion from Dagestan then scored on a quick takedown, bringing the action to the mat. From there, it was all Ramazanov as the Russian star operated a heavy top game that saw him take mount and punish Bae until the referee called a halt to the contest.

Kicking off the action at ONE: KING OF THE JUNGLE were bantamweights Jeff “MMAShredded” Chan of Canada and Radeem Rahman of Singapore. Chan immediately went on the offensive from the opening bell, peppering Rahman with fast and powerful combinations in the first round. It didn’t take long however for action to hit the ground, and the two men proceeded to jockey for position. Chan was able to put in some good ground-and-pound for his efforts. In the second round, Chan dominated once again, taking Rahman down off a failed shot from the latter, and then worked his way to take back position. From there, he sunk in a deep rear naked choke to force the tap.