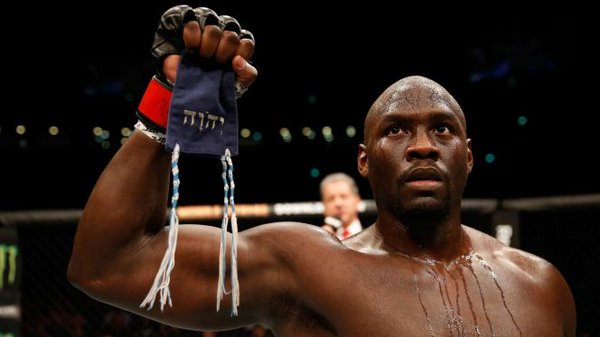 Cannonier (10-2 MMA, 3-2 UFC) meets Jan Blachowicz (20-7 MMA, 3-4 UFC) in the featured preliminary bout Saturday at UFC on FOX 26, which takes place at Bell MTS Place in Winnipeg, Manitoba, Canada. The main card airs on Sony ESPN & HD.
For Cannonier, the obvious goal is to eventually become a UFC champion. However, he doesn’t intend on pursuing available shortcuts, which means no crazy trash-talk or doing something ridiculous.

“I’m not trying to get on the fast track to anything,” Cannonier told, “I’m trying to work my way up. I ain’t in a rush; I ain’t trying to get all famous and be the next Conor McGregor, doing coke and beating up gangsters and (expletive) like that. I’m good. I’m humble. I’m content. I’m just happy to be fighting for this organization and getting paid good money to where I can just fight.”

“I’ve said it before: I don’t want to say this guy is juicing,” Cannonier said. “That’s Nogueira. He’s a legend. He’s been doing this for quite a long time. He said it was a tainted supplement, so I’m going to reserve my scorn and all that good stuff. I’m just happy USADA is out there doing its job and catching these guys, leveling out the playing field. It would have been upsetting if  I would have fought him and then he would have popped hot afterwards. It’s part of the culture. I don’t know what it is. People are doing it, and I’m glad they’re getting caught.”

“I sweat a lot, and I still have a lot of fat to lose,” Cannonier said. “I definitely want to try 185 in 2018, but I got this 205 fight ahead of me, so that’s all that’s on my mind.”
“People already see me as a striker, but they’re going to see an even better striker,” Cannonier said.
“They’re going to see an even better martial artist on top of that. I may even take somebody down if I get tired of punching them. But who knows? All I know is there’s going to be a lot more knockouts on the horizon.”