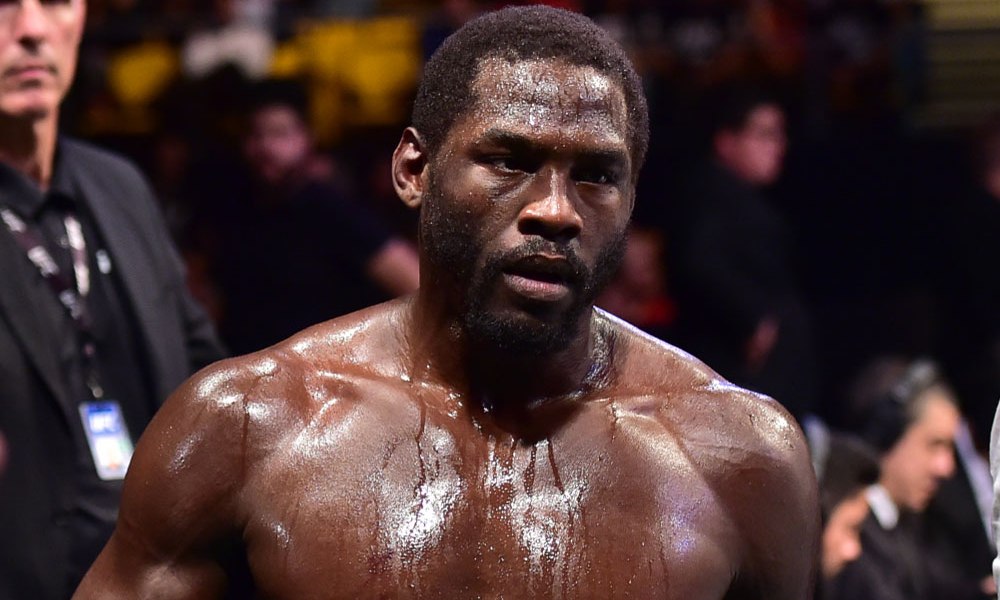 Jared Cannonier recently made quite the impression after what was an exciting and impressive debut at Middleweight in the UFC. Now, set to face Anderson Silva at UFC 237, he is set to be in the biggest fight of his career so far. However, his attitude about facing Anderson Silva definitely does not mirror Israel Adesanya’s, who was all about respecting Silva’s legacy in the Octagon.

Cannonier said that while he respected Silva, after his fight against Teixeira, he cannot afford to make the same mistake again.

“I can’t really approach these guys like that. I made that mistake when I fought Glover (Teixiera). I was a little too enamored by the whole thing, and I was excited to fight him, but I think I showed him a little too much respect. And I’m not going to make that mistake again. I have a formula I use when I fight any and everybody. It’s the same formula. I’m going to look at Silva as not Anderson Silva, but as this man in front of me that I have to break.” – h/t MMA Junkie

Anderson Silva made his long-awaited return to the Octagon at UFC 234. There, he immediately went up against one of the top up and coming Superstars in the UFC, Israel Adesanya. After three extreme rounds of fighting, Adesanya was declared the undisputed winner when it came to the night. However, it was not over. The two then showed immense respect for each other, kneeling, and exchanging wishes.

Silva did not want to wait too long for another fight, and while Jared Cannonier had been offered a fight against Ronaldo ‘Jacare’ Souza, this fight was fixed instead. A fight against Anderson Silva is sure to be one of the top competitions that he takes part in. While a win against Silva got Israel Adesanya a fight for the Interim Middleweight Title, it might ensure a future title fight for Cannonier as well — something that he is sure to be keeping an eye on.

Silva better watch out, as Cannonier said, he will be looking to knock him out.

Previous articleKamaru Usman thankful to Tyron Woodley for giving him a shot at the belt
Next articleUFC Fight Night 135 ‘Blachowicz vs. Santos’ – Play by Play Updates & LIVE Results