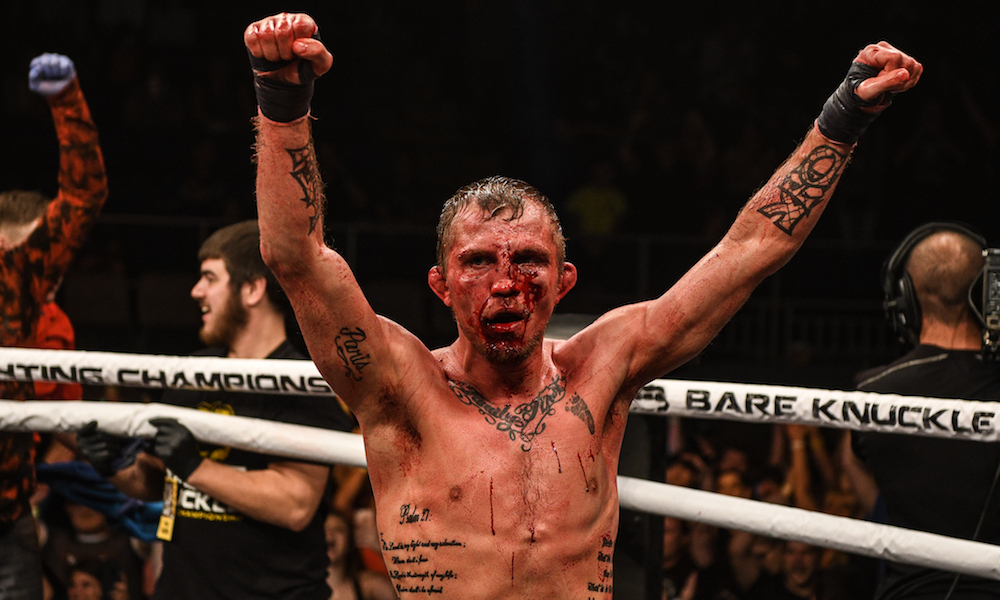 At last night’s (Sat. June 22, 2019) BKFC 6 event, an announcement was made that Jason Knight will be going toe-to-toe against former UFC fighter Leonard Garcia. The fight will take place at the BKFC 7 event. The event will occur in Biloxi, Mississippi on August 10. The announcement was made by David Feldman himself.

Garcia, although he is a UFC, WEC, and Legacy FC veteran, he didn’t in mixed martial arts (MMA) competition since 2014. He also competed in professional boxing back in 2005, suffering a third round defeat to Miguel Ortiz. Garcia made his bare-knuckle debut at BKFC 4 in February, finishing Julian Lane in the second round.He’ll take on Knight, who was one-half of, arguably, the best BKFC fight in history against Artem Lobov in April. Knight ended his UFC run on a four-fight win streak before signing with the bare-knuckle promotion. He went all five rounds with Lobov, who took home the win on the scorecards via unanimous decision.

In the upcoming event, Knight will be taking on Garcia. This will be Jason Knight’s second-ever bare-knuckle bout in his home state of Mississippi. No other fights have been announced for the BKFC 7 card as of this writing, but we’ll keep you updated right here.