Jason Solomon wants out of his SFL contract; Avi Mittal says not so fast! 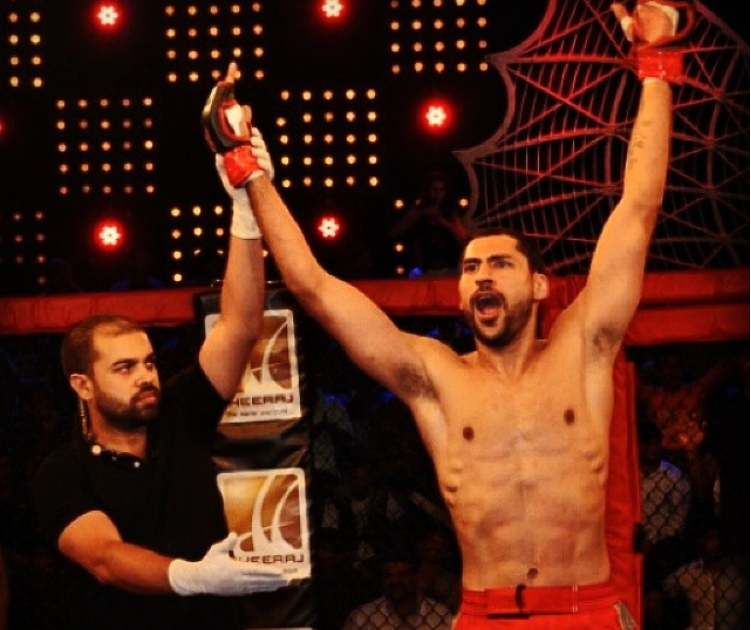 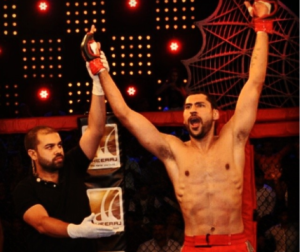 He said that the fighters were not allowed to fight and that they were not being paid enough.

“We really can’t fight unless Super Fight League or Super Star talent agency says we can fight, and we have to give Super Star talent agency 30% of our fight purse….. ONE FC has approached me, Australian Fighting Championship has approached me, but I’ve not been able to sign with them, because they want an exclusive deal, and Super Fight League is not willing to have me sign an exclusive deal with any of these other organisations.”

He went on to mention that anywhere else in the world, this was against the law. He was talking about the same company managing fighters, and having them fight in the same organisation. He also revealed that he was trying to get out of his 5-year contract with the company, and was contacting lawyers to see how this could be done.

Among the many things that he mentioned, he also talked about the fact that there was a rule by Super Stars talent agency, that he was not allowed to fight if the offer he received was below a certain amount.

“They’ve made this rule, that we’re not allowed to fight for anything less than X amount of dollars or X amount of rupees….. The funny thing is they don’t even pay us what they expect other leagues to pay us.”

Finally, Jason also went on to talk about the fact that Bollywood Stars were being brought in for a lot more money, and the fighters were not being paid enough.

“In a way, I’m like the Indian Conor, except I’m not getting paid millions or crores which I should be getting paid. These m*********ers hire Tiger Schroff, Jacqueline Fernandez, for what? Why are you paying these f***ing Bollywood celebrities lakhs and crores of rupees to show their face on tv? No one gives a shit about them bro, especially MMA fans! You’re spending all this money on these f***ing c*****as whereas the guys who deserve the money, who are training hard every day, going to the gym, giving up their lives, sacrificing their families and loved ones, and whatever the f**k they are doing to fight, are getting paid peanuts bro, peanuts! It’s ridiculous!”

The picture that Jason painted was extremely dire, and we reached out to former SFL Director and current head of AIMMA, Avi Mittal for comments about the issues that Jason had pointed out.

Avi Mittal addressed the issues and had a very different perception. He talked about the exclusivity issue that Jason raised, saying that Super Fight League always allowed their fighters to fight for other promotions.

“We have had Super Fight League fighters fight for all promotions, like Brave, Kantharaj fought for Brave, we had so many others of them fight for ONE FC. If anyone wants to fight, we always let them, we don’t have a problem with that! We manage them so that we can represent them in the right way!”

He then went on to talk about the fact that Jason had said that they asked for more money than what he got paid for at Super Fight League.

“We ask for more money than what he gets paid at Super Fight League (when he fights for other promotions)? … He does not need to pay that money from his own pocket, the promotion pays us. We built who Jason is today. People did not know who Jason was until the Super Fight League.

He voluntarily signed the contract. No one put a gun to his head and said ‘no you have to sign the contract’. We have fighters at Super Fight League who are not contracted to the other one. We give an equal opportunity to everyone!”

Talking about the fact that Jason wanted to get out of the 5-year contract of exclusivity, Avi Mittal made the situation that existed clear.

“He has signed a five-year contract of exclusivity. That is the reason we gave him the opportunities and built his fight card the way we have and gave him the opportunities to fight in the Super Fight League. So all the fighters who are contracted with us… why would we let our contract go? If he wants to pay compensation and get out of the contract as per the clause of the contract, he can.”

Avi Mittal went on to give an example of how the Super Stars contracted fighters had benefited despite their exclusivity.

He finally went on to address what Jason had said about the League paying Bollywood celebrities lakhs and crores of rupees. He denied that the celebrities were paid, and revealed that they came to the event out of their own passion for the sport.

“We never paid Tiger Schroff or Jacqueline Fernandez or anyone to come and be a part of the Super Fight League. They were all celebrity owners in teams, and they are passionate about the sport so they come to support the sport. We don’t pay any of them lakhs or any crores.”

He then went on to talk about Jason saying that when Jason came to Matrix Fight Night as a commentator, he had gone ‘gaga’ about Tiger, and had thanked him for taking care of him during the time and putting him up in a Five-Star Hotel. He said at that point he was not calling Tiger a ‘c****ya’.

Daniel Issac meanwhile also left a cryptic message for Jason Solomon in the MMA India Show episode post which basically read ‘ You don’t bite the hand that feeds you Jason’.

Jason Solomon meanwhile, might be facing Srikant Sekhar in his next fight. It also appears that he knows what he has to do if he indeed does want to get out of the contract.