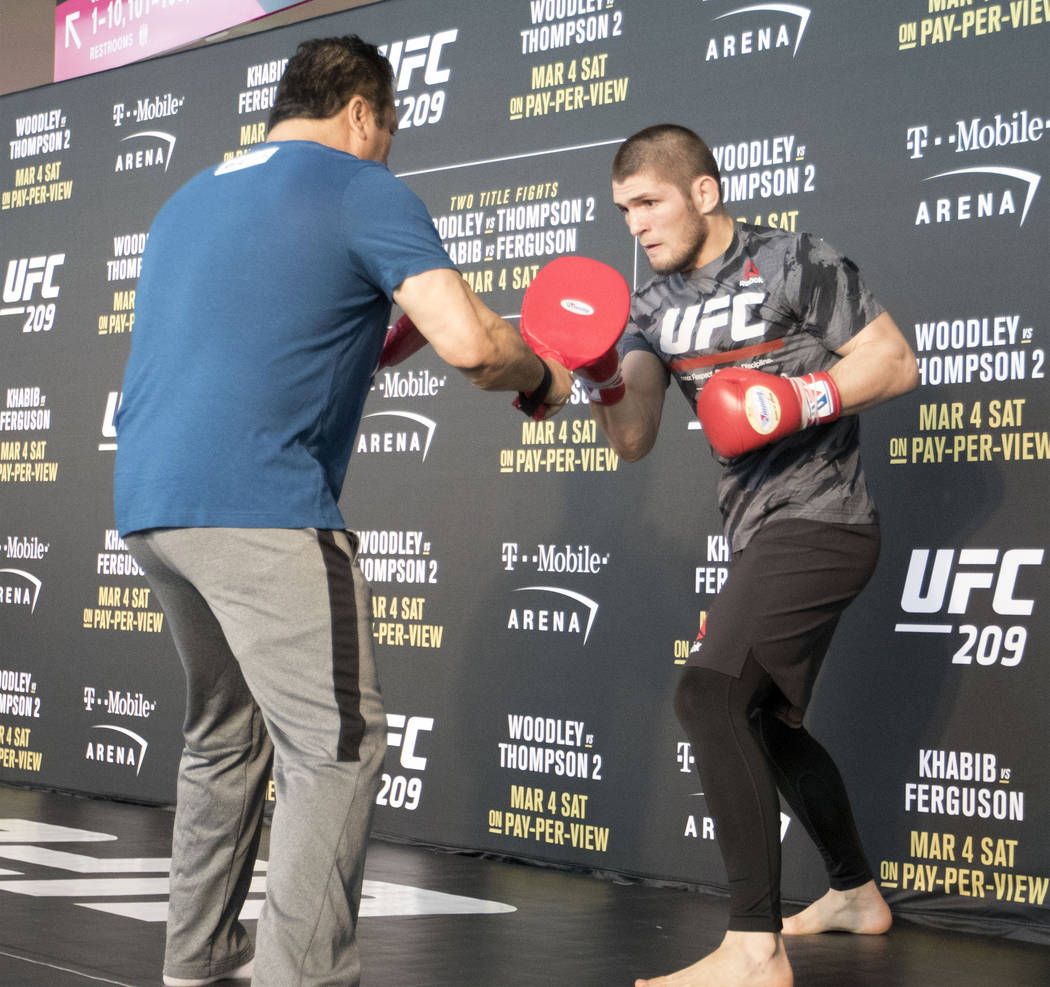 Javier Mendez is the founder, head trainer & coach of AKA and Official coach on the UFC Ultimate Trainer video game.
In 2015, Javier became the only trainer to have 3 UFC Champions (Heavyweight – Cain Velasquez, Light Heavyweight – Daniel Cormier, Middleweight – Luke Rockhold). Daniel Cormier is still the light heavyweight champion of UFC.
Javier Mendez is once again backing up his Khabib Nurmagomedov, saying he never ate that damn tiramisu.

“You know, the last time, people were making too much of his weight cut, talking about it was disastrous, he wasn’t gonna make weight, just because his opponent says he wasn’t gonna make weight and he made fun of it. He was on schedule to make weight, his body just failed on him,” Mendez said. “It’s like, how many times do you see a fighter get ready for a fight and all of a sudden kidney stones or something happens to him? Look, it does have a lot to do with losing weight that causes these problems, but it wasn’t that he wasn’t gonna make weight, he was gonna make weight, he wasn’t over anything, he was just like where he normally is. And just the thing with Khabib is, he doesn’t like to say anything about it, and he still won’t say anything about it.”
“Yeah, 100 percent true, they offered Tony,” Mendez said. “But listen, you know, Tony, when he was going for that gold, he was saying, ‘I’ll defend, I’ll do this, I’ll do that,’ but reality is, he’s the fighter but he’s got businessmen that manage him, and they’re doing a good job doing with that. And it comes down to, once you reach that mountain top, which Tony has, then it’s about making the wise choices that make the most sense.”
“And let’s face it, a bout with Khabib versus a bout with Conor, which was what Dana was talking about, everybody was talking about, if you were in Tony’s shoes what would you do? You’re not just gonna fight anybody that comes up and whatever. No, he’s gonna try to get himself in that sweepstake situation with Conor, and you can’t blame him, I don’t blame him.”
“And then there’s that tiramisu bulls**t. You know, he don’t eat that stuff, he never ate that stuff. He’s with a bunch of fighters that aren’t in camp and not fighting, so they’re not allowed to eat because he’s not allowed to eat? It’s like stupid, you know? Too much has been made up of something that wasn’t even there.”
“And I mean, first thing’s first, he needs to capture that UFC title and defend it and then see what happens from there on what he wants to do, what him and his father want to do,” Mendez said. “So, it’s all gonna depend on that, but he’s first gotta get that title before any decision can be made on what the future holds.”