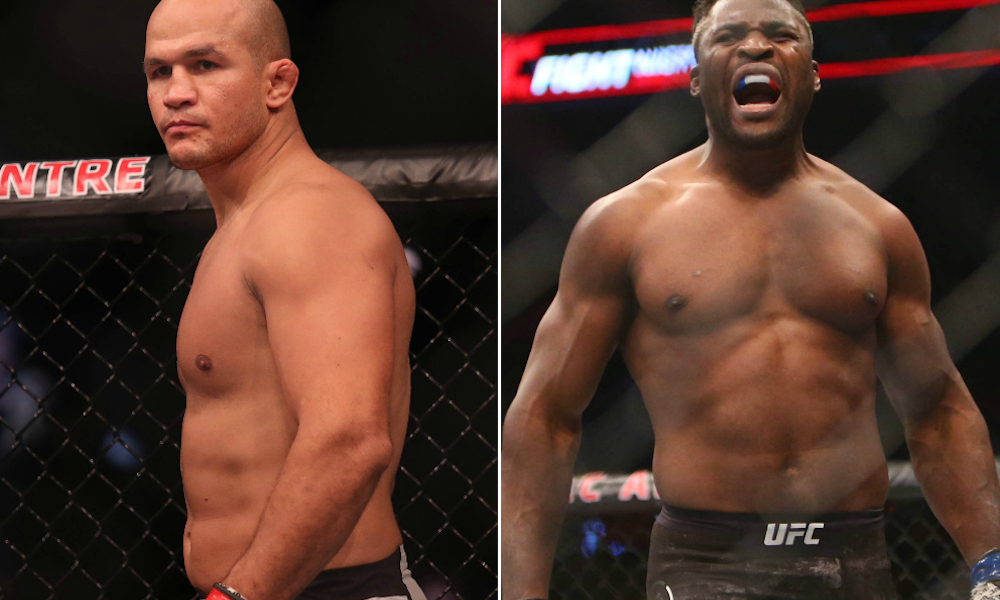 “But you never know what some fighter is gonna come up with. I always keep thinking maybe he’ll try some wrestling, takedown, but it’s not his comfort zone, but I don’t know. He might try everything. But the most important is I’m prepared for every little (thing).”

Responding to that, dos Santos told MMAFighting the following :

“I honestly don’t know what’s his strategy with saying something like that, but if he’s trying to avoid getting punched in the face, that didn’t work,” dos Santos said. “And he came to that conclusion based on what? Come on.”

“He’s another trash talker looking for attention, trying to impress, or even try to challenge ‘Cigano’,” Carlton told MMA Fighting. “Cigano is going there to fight MMA, not jiu-jitsu. (Ngannou) is just another trash talker. If he wants to see Cigano’s jiu-jitsu, he should register to compete in a jiu-jitsu tournament here — well, I mean, I don’t even know if he’s a black belt.”