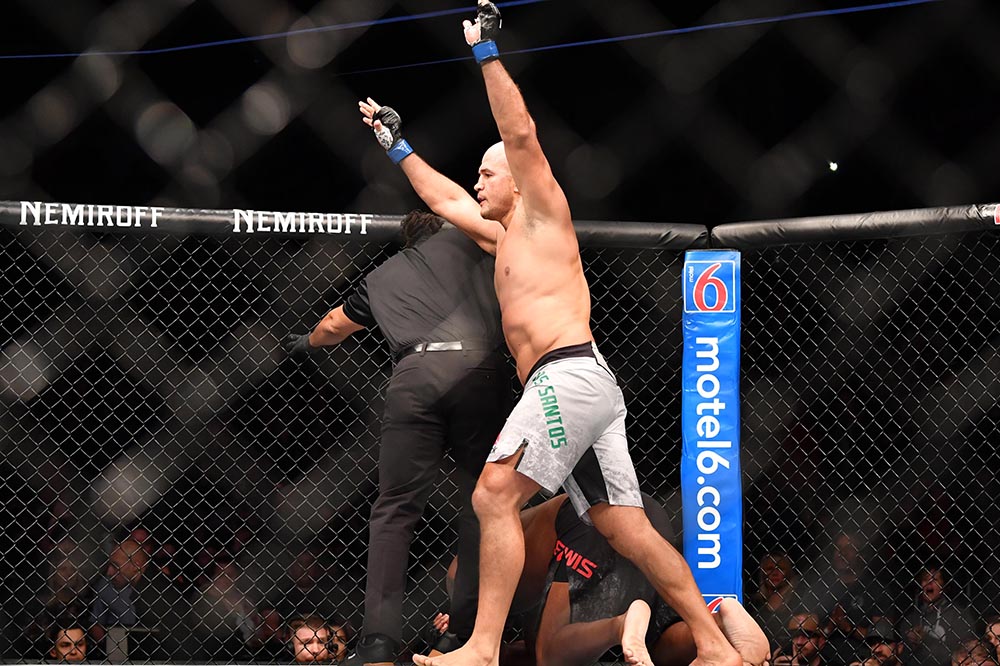 Junior Dos Santos overcame slight adversity against Derrick Lewis in the main event of UFC Wichita. It was a highly enthralling and exciting, slobber-knocker of a slug fest type of a fight where both fighters had hydrogen bombs masquerading as fists and they went out all guns blazing trying to knock the other out. While both JDS and Lewis were rocked more than once in the first and second round, JDS eventually came out on top and knocked Lewis out cold in the second round itself. After the fight, he was asked about a potential bout against top and scary heavyweight contender Francis Ngannou. He revealed that he would be interested in fighting Ngannou next. 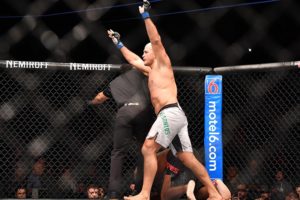 During the post fight show on ESPN+, the Brazilian claimed that he believes the idea of a potential fight against Ngannou is great. He also said that he will most probably return to fighting by the end of August. Here’s what he had to say:

I think that would be great, it should’ve happened in the past, but because of something weird it didn’t happen. Maybe now it can happen. Right now I need a break, I need to stay active that’s the most important thing right now. Before my career comes my family. My daughter is born in May. I need to get ready to receive her. … I’ll fight again maybe at the end of August.