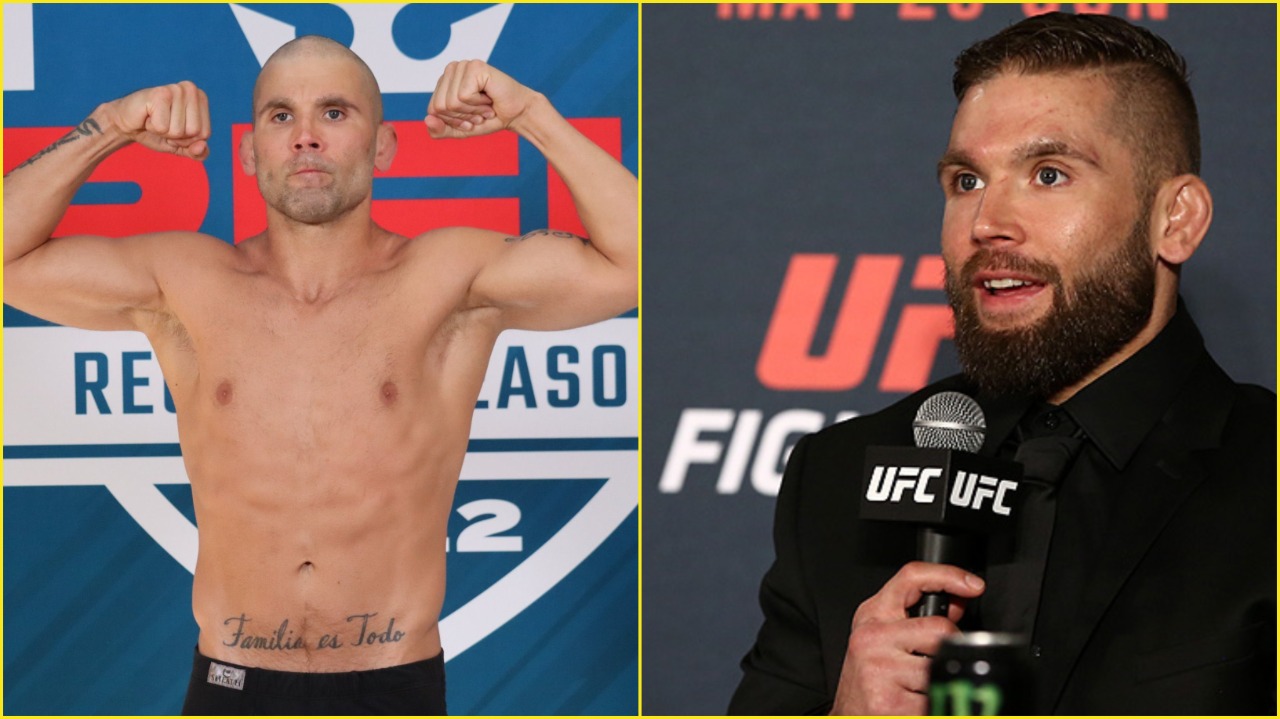 In possibly one of the most peculiar weight cuts in the history of mixed martial arts, Professional Fighters League lightweight contender Jeremy Stephens (28-20, 1NC) has gone full clean shaved head and beard to make weight.

The former UFC featherweight star, who made his lightweight return in his final Octagon appearance before joining PFL, Stephens is now slated to take on Myles Price (11-8) on the main card of PFL 4, set to take place on 17th June at the Overtime Elite Arena in Atlanta, Georgia.

During his days in the UFC, Stephens was well known for his hair and beard avatar. However, during the weight in for the Price fight, “Lil Heathen” appeared on the scale in a completely different look- without any hair on his face or head, as he needed to make weight at 156lbs.

The photo of the now almost unrecognizable Stephens on the scale was captured and shared on Twitter by MMA Reporter Alex Behunin, who captioned the photo, “Jeremy Stephens shaved his head and full beard in order to make weight. 156 on the dot.” Check it out below-

While he was forced to go hair and beardless, it did help him in clearing the scales as he opens up the main card against Price this weekend. Having gone seven fights without a victory, including his PFL debut against Clay Collard at PFL 1, its vital for Stephens to secure his first promotional victory and secure a berth into the playoffs.

In his six final appearances in the UFC before being released by the promotion, Stephens was defeated five times by the likes of Jose Aldo, Zabit Magomedsharipov, Yair Rodríguez, Calvin Kattar and Mateusz Gamrot, while the No Contest came in the rematch against Rodríguez after an accidental eye poke rendered Stephens unable to continue.

What is your take on the new look of Jeremy Stephens? Let us know in the comment section below.