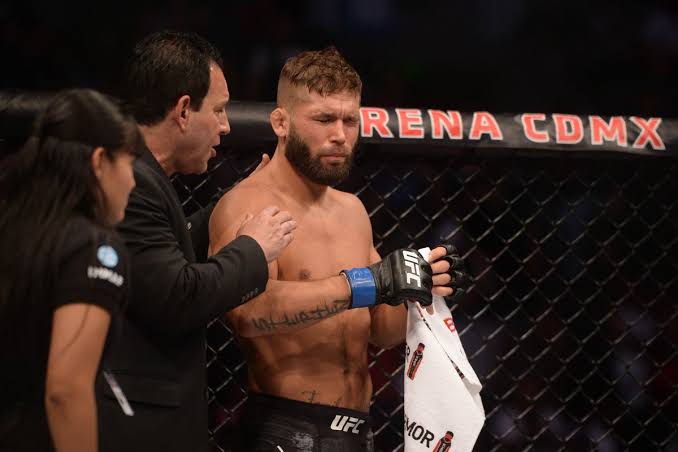 Last month at the main event of UFC Fight Night 159, which took place in Mexico City the fight between Jeremy Stephens and Yair Rodriguez was marred with controversy as the fight ended in the first round with an eye poke.

The unintentional eye poke happened in just 15 seconds into the fight and it resulted in Stephens not being able to see and the fight was stopped. However, Rodriguez believed that Stephens took an easy way out of the fight and both fighters even had a run-in at the hotel later and the beef between both the guys have escalated tremendously. 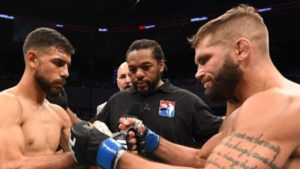 Now the rematch between both the fighters is set for this weekend at UFC on ESPN 6 in TD Garden, Boston. This time, Stephens is pulling no punches in his trash-talking and has said that he will kill Rodriguez this weekend.

“I feel good,” Jeremy Stephens said after open workouts in an interview. “Cool as a cucumber. Calm like a bomb. Ready to go off. I’m gonna kill this kid. If he don’t die, it don’t count. That’s what I’m thinking. It’s always personal. It’s always personal when you fight, this kid’s trying to take money off my kid’s table. What if I was coming into your house, taking food off your table and smacking your kid? That’s the way I look at it. How would you feel if I was to do that? Personal? F**k yeah, it’s personal.

Jeremy Stephens has a message for Yair Rodriguez: Run it back or get out of my way!

Previous articleThomas Gifford to critics: I went out on my shield!
Next articleAspen Ladd’s appeal of having Germaine de Randamie stoppage overturned unsuccessful