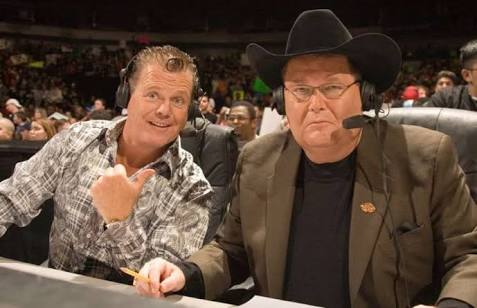 Commentary is an integral part of watching wrestling. A really passionate commentary can make up for a few mistakes in the ring. For years, commentators like Joey Styles, Bobby “The Brain” Heenan and even Vince McMahon himself have lit up our television screens with their passionate analysis of wrestling. Today, commentary is more or less a part of promoting merchandise, but the fond memories of those old commentators still brings a smile on our face. The smile is going to bigger, at least for one more night.THE NEWS:Wrestling legend Jerry “The King” Lawler revealed in his “Dinner With The King” podcast that the rumours are true;he will indeed be reuniting with Jim Ross in the commentary box during the “Greatest Royal Rumble” at Saudi Arabia. 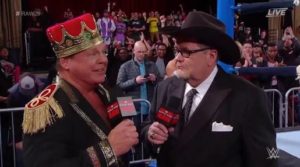 WHY THIS IS SO SPECIAL:Jerry Lawler and Jim Ross are considered to be one of the greatest commentary pairs of all time. This is due to the fact that they were the commentators of WWE during the famed “Attitude Era”. Both were known for their excellent relaying skills and acute comedic timings.  After Jerry Lawler’s heart attack and Jim Ross’ release from the company, the pair was broken, but they recently reunited at Raw 25,and will again reunite at “Greatest Royal Rumble”.WHEN WE WILL SEE THEM TOGETHER:The “Greatest Royal Rumble” will be held at Jeddah, Saudi Arabia on 27th April, 2018. The event will feature a 50 Man Royal Rumble and 7 other championship matches have been confirmed for the event.AUTHOR’S TAKE:The return of Good ol’ JR and “The King” will surely attract crowds towards the event. WWE is seemingly hellbent on making this event a success, and as we know how the Iconic pair was treated at Raw 25,where Jim Ross allegedly fell asleep, WWE will try to set things right by having them run the commentary for the better part of the event, especially the 50 Man Rumble.