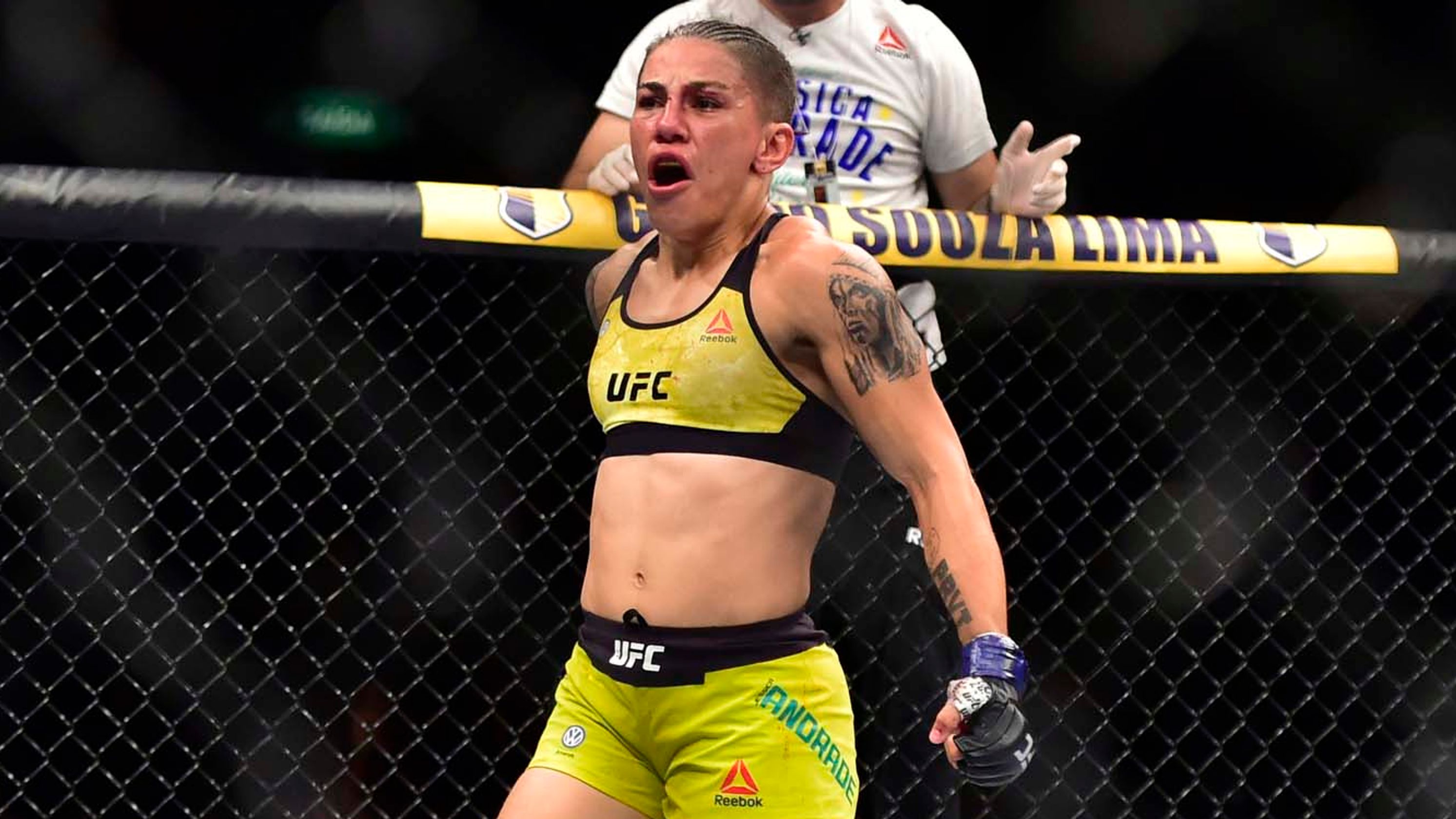 It hadn’t even been a month and the newly crowned UFC strawweight champion already became a victim of Brazilian street violence. Andrade, alongside her wife, Fernanda Gomes were mugged at gunpoint last Thursday in Niteroi, Brazil. They lost their Honda HRV and other personal belongings like smartphones etc. Fernanda detailed the incident. 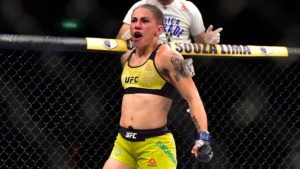 Now, the strawweight champion has opened up about her recent street trouble on ESPN. She said that she had no idea she and her partner were being robbed until a gun was pulled up.

“The lights went red, and I slowed down. I saw a motorcycle close, and when I realized he was already by my side, I wasn’t quite aware of what was going on,” Andrade explained. “I thought he was going to ask me something. When I saw the gun, I was like, ‘Oh crap.’

“I wasn’t understanding the whole deal,” she said. “I got out of the car, but I didn’t see him pointing the gun at me at any time.”

“My car’s hand brake is a button that was pressed. He didn’t know that and was having trouble to make the car go,” Andrade said. “I was like, ‘Oh great. Now he’s going to get out of the car and shoot us. We’re screwed.’ Until Fernanda told them about the hand brake. They managed to do it and went away.

“I couldn’t even remember the license plate.”

“During the crime, I kept my cool,” Andrade said. “I’d let them take everything. I don’t know how I got that calm because Fernanda was losing it. I hugged her and told her ‘Everything’s gonna be fine. We’re going home.’”

“People think I’m rich,” she said. “Well, I’m not. I’m poor just like everybody else. If someone kidnaps me, they’re getting nothing but candy, a gum.” She concluded.