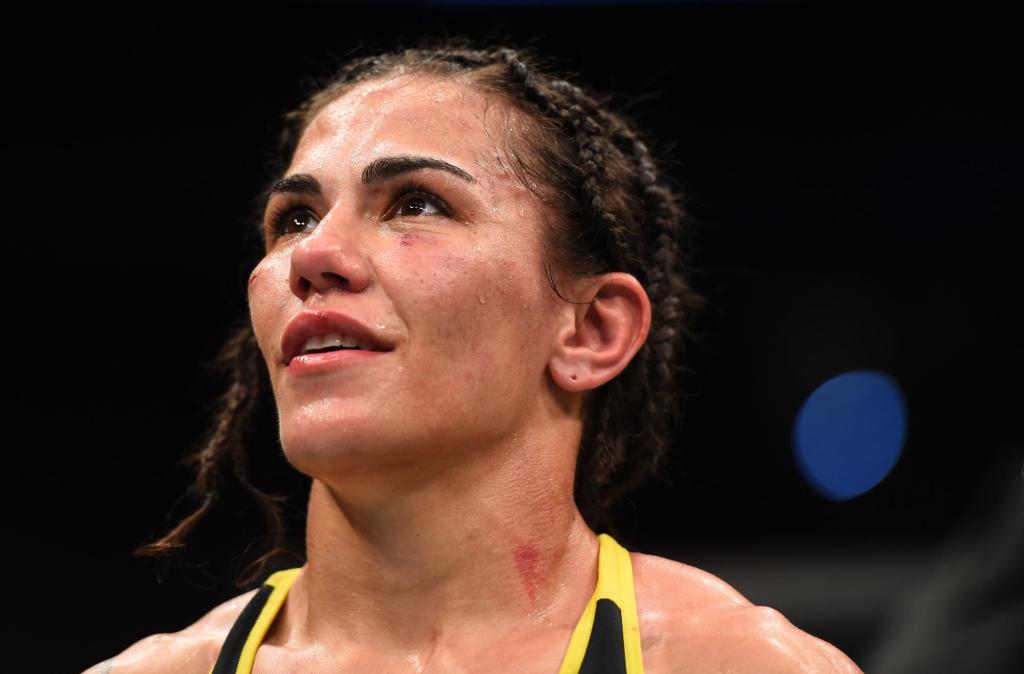 It hasn’t even been a month and the newly crowned UFC strawweight champion is already a victim of Brazilian street violence. Andrade, alongside her wife, Fernanda Gomes were mugged at gunpoint on Thursday morning in Niteroi, Brazil. 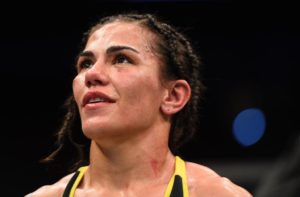 The news was first reported by Tatame and was eventually posted by Jessica Andrade’s partner Fernanda Gomes on facebook. They lost their Honda HRV and other personal belongings like smartphones etc. Fernanda detailed the incident.

“Friends, our car was stolen, and they took our phones with it, we are out of reach for now, except for messenger. Anyone who can, please share this so we can find the car. We are safe at home,” Gomes wrote.

Thankfully both Jessica Andrade and her partner and doing alright and were unhurt in this whole incident. Her manager Tiago Okamura verified the whole incident to MMA Junkie.

“She’s OK,” Okamura said. “They took her documents, they took the car, they took phones, so we just spent the day doing paperwork and cancelling credit cards. … She did a (police) report, and also people are looking for the car. But right now, we’re just glad that nothing bad happened. Nothing major that can’t be regained. Both her and her wife are safe, so that’s all that matters.

“They were a bit shook, so I didn’t get into much detail. We just had to make sure the damage wasn’t bigger than it was, so that was the main work for the day. They are travelling to the U.S. in a couple of weeks (for a holiday), and Jessica had her passport on her, so we had to sort that out, too.”

Jessica Andrade poses with the UFC belt…and nothing else