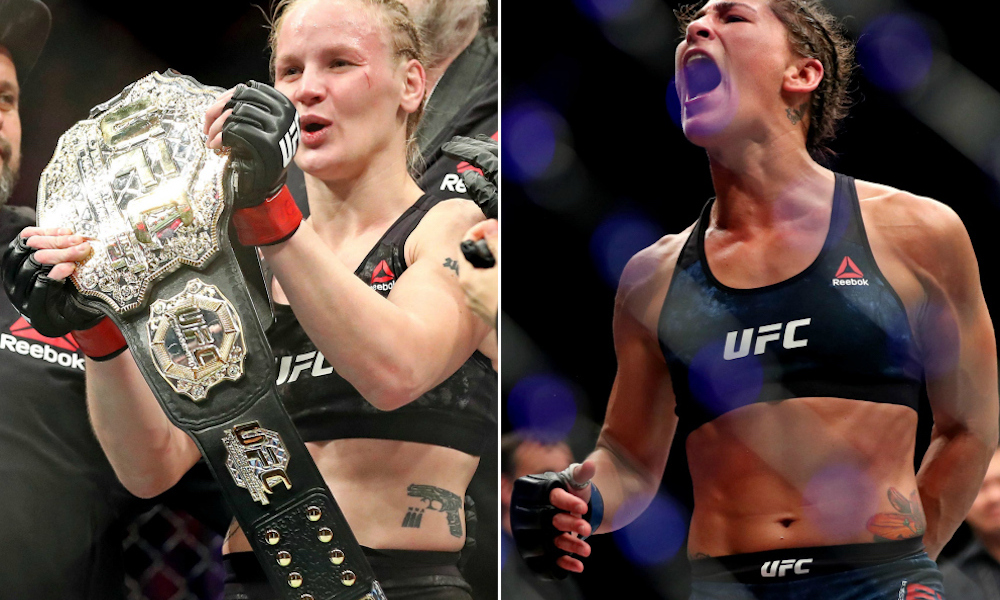 The champion of the UFC flyweight division Valenta Shevchenko apparently tried to intimidate Jessica Eye but couldn’t do it. They were recently in the same changing room and Eye apparently has thrown some shade at her.

“As soon as I was done, I’m pretty sure I heard, ‘You’ll have chance next,’” Eye told reporters on Friday at the UFC PI. “I think that’s what she said, because that was the tone of what she said. But I’m really hard of hearing and not good at understanding people with accents. So I was literally like, ‘Huh?’”

The two went back and forth recently, with Eye accusing the champ of speeding up fight footages and the champ making fun of Eye’s hearing.

“I feel like I have annoyed her so much, but most things are going to be taken out of context,” Eye said. “I could say that’s stupid and the way you put the image out there, they’re going to be like, ‘She is such a terrible person. She’s a bully. She picks on people.’ I don’t know if she really sped up the video. It looks sped up, not going to lie. I know that other people have done it. Maybe they haven’t. But by saying it it annoyed a bunch of people and got things going.

“The cars were going super fast, and I know other people have done that. And I don’t blame her. Why not? Why not throw a little bit of mental tactics in there. What do you think I did to say something to her? Me and her aren’t being rude to each other. But there needs to be some kind of poking of the bear here. Two people are about to fight.”