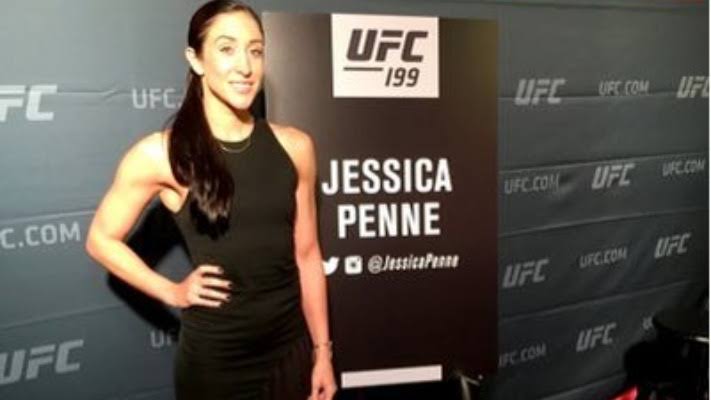 UFC strawweight Jessica Penne last fought against Danielle Taylor at UFC Fight Night 108 back in April of 2017. She has been out of commission ever since and now it looks like that her fighting days are long over, due to a lengthy four-year-long suspension. Penne has now accused USADA of ending her career with an unfair suspension. 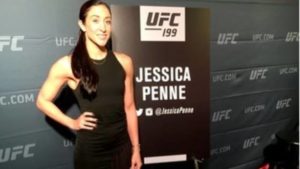 Penne was previously flagged by USADA in March of 2017 for using banned substances during an out of competition drug test. Penne recently took to Instagram and posted a long message addressing all her fans. Here’s what she had to say:

I am heartbroken and defeated. USADA has effectively bullied and forced me into retiring from MMA. My heart sank, after everything I had gone through by complying and staying quiet just to get my shot back, this happened. I had been tested so many times and had even tested clean days before this actual test was given. I knew this had to be a mistake or some form of contamination. What we thought was going to be an easy determination of cause turned out to be an emotional roller coaster and ended in disaster. At my age, there is no way I can come back in four years. At this point, I am lost and defeated. I have fought this with everything I have and Donna and Jeff have exhausted every resource they have to prove my innocence, USADA is now acting like the ‘High Sparrows’ in Game of Thrones and operating in a capacity where they feel untouchable and know 90 percent of the athletes can’t afford to properly defend themselves. As a final insult to all of this, [the USADA has] requested that I sign a letter agreeing to their career-ending terms and sanctions against me. I am here today to tell you that my management team and I did NOT and will not ever sign this sanction they are imposing. I AM INNOCENT! I don’t know where I go from here.

Even Penne’s manager Brian Buttler had a message for USADA, stating that USADA’s suspension was disgraceful. Here’s what he had to say:

It is disgraceful what is happening to Jessica Penne by USADA. We are all for a clean sport but the system has flaws obviously and they need to be addressed. We have had the support of the UFC team and they have been behind us nonstop to prove our case but it seems that common sense and human decency are not black and white.

Previous article
UFC: Dustin Poirier proposes American Top Team vs. Nick Diaz army fight card
Next article
Michael Bisping’s account has been hacked and he wants to have a word with the person who did it!