Jimi Manuwa: The Boxers are afraid of us 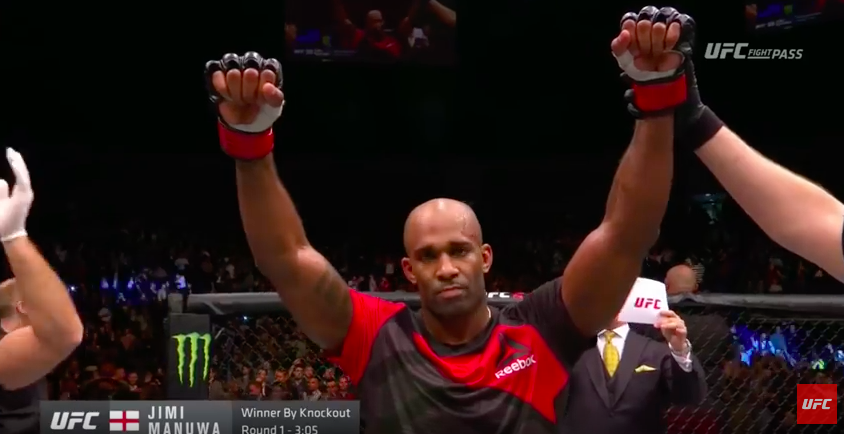 Yesterday night The MMA India Show got an opportunity to chat with light heavy weight Jimi Manuwa , fresh off of his recent win over Corey Anderson at UFC London.

The conversation did shift towards his recent call out of boxer David Haye as well and his interest in setting up a fight on the same card as the possible Conor-Flyod fight. We brought up Anderson Silva’s interest in fighting boxer Roy Jones Jr on the same card as well and if there was a possibility of the whole card turning into a MMA fighters versus Boxers card. Jimi spelt it out by stating ‘The Boxers are afraid of us’. He further stated that this was because the MMA fighters trained much much harder than the boxers and if such a card did happen it would be phenomenal.
Well whether he’s just trying to stir the pot with his statement or not he certainly did get our attention and got us (and we’re sure everyone else) excited about the prospects of adding Jimi Manuwa vs David Haye to a still in the works Flyod vs Conor card.