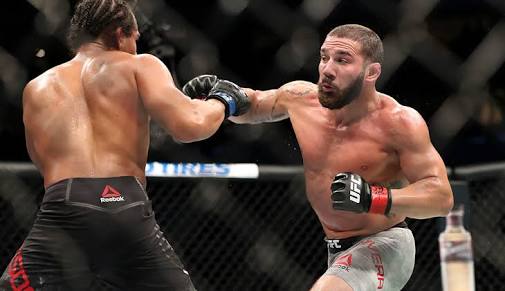 UFC on ESPN+ 1 in Brooklyn, New York, featured a super fight as bantamweight champion T.J. Dillashaw moved a weight class down to challenge flyweight champ Henry ‘The Messenger’ Cejudo for the flyweight title. 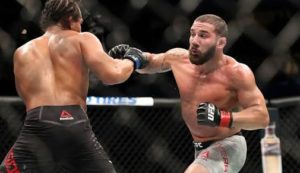 In attendance however, a number five ranked, New Jersey native, Jimmie ‘El Terror’ Rivera had a close eye. Before the super fight, Rivera caught with a bunch of reporters including MMA India. Rivera believes Dillashaw moving down to flyweight is holding up his stacked weight class. (via YouTube):

Rivera first explained the title picture of his division which features a virtual title eliminator between former WSOF champion and #3 ranked Marlon Moraes and #4 ranked Rafael Assancao. Rivera believes Assancao already deserves a title shot and Morales, if reigned victorious will earn his shot. Therefore with Dillashaw moving down in weight has halted the runs of Assancao and Moraes. Rivera further speculated that if Cejudo gets the job done against Dillashaw (which he eventually did), he would move up to bantamweight which will stagnate the division even more.

Dillashaw who suffered a tough but controversial loss this weekend, is certainly demanding for his title shot however with keeping all variables constant which means a rematch at flyweight, further illustrating Rivera’s point.

Rivera who is slated to take on #7 ranked Aljamain Sterling at UFC on ESPN 1 card in Phoenix, Arizona is certainly targeting the winner of another high profile bantamweight fight between former champion Cody Garbrandt and Pedro Munhoz in March.