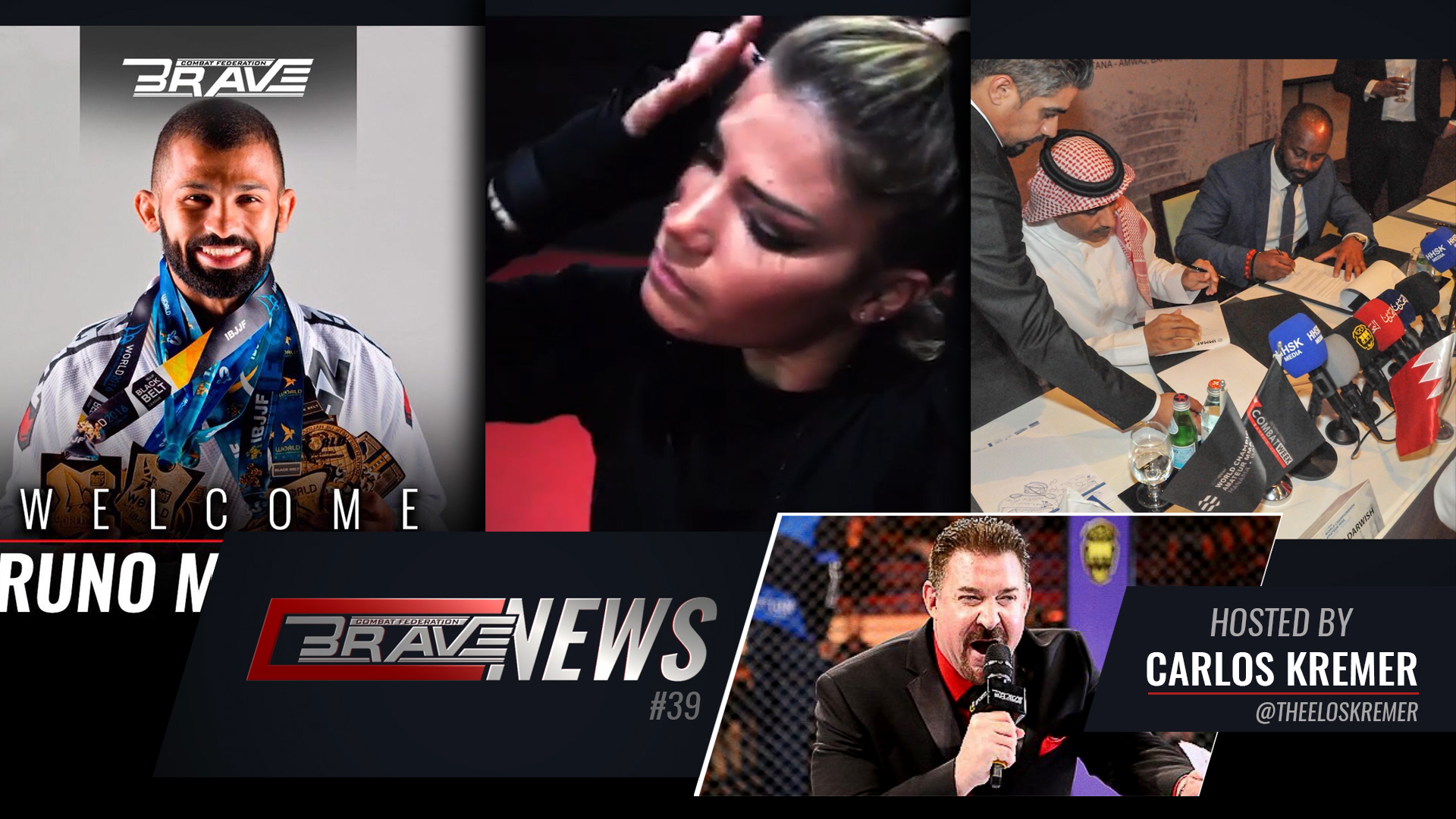 Brave News, the online show that keeps fans around the world updated on everything related to the biggest MMA promotion in the Middle East, comes back this week with great news as a host of signing have been announced during the week. One of the biggest names in the history of Brazilian Jiu-Jitsu signed a multi-fight deal with Brave Combat Federation. The 9-time BJJ World Champion Bruno Malfacine joined Brave’s Flyweight division and is set to make his debut in Belo Horizonte, at Brave 11, on April 13

Still talking about new signings, Brave officials have confirmed the arrivals of two other fighters, who will have their debut in Belo Horizonte. Lebanon’s Georges Bardawil and Brazil’s Luana Pinheiro are the two latest additions to Brave’s roster.

Great news for the MMA fans in Bahrain and in the Middle East. A press conference last week confirmed that the next two editions of the IMMAF World Championships will be held in the Kingdom of Bahrain, in 2018 and 2019, again during Brave International Combat Week. The milestone decision establishes Bahrain definitely as the global hub for Mixed Martial Arts.

To wrap up this edition, Brave 10 controversies are still developing. Two fighters competing in Amman filed official complains regarding the results of their bouts. Ireland’s Dylan Tuke and Brazil’s Felipe Efrain contested the stoppage of their bouts against Sodiq Yussuf and Frans Mlambo, respectively. The results of the appeals are expected to be delivered over the upcoming weeks.

Click on the link below to Watch the full News.

UFC: Floyd Mayweather’s bodyguards reveal that he can wrestle well