Joanna Jedrzejczyk expects faster return as her foot is not broken 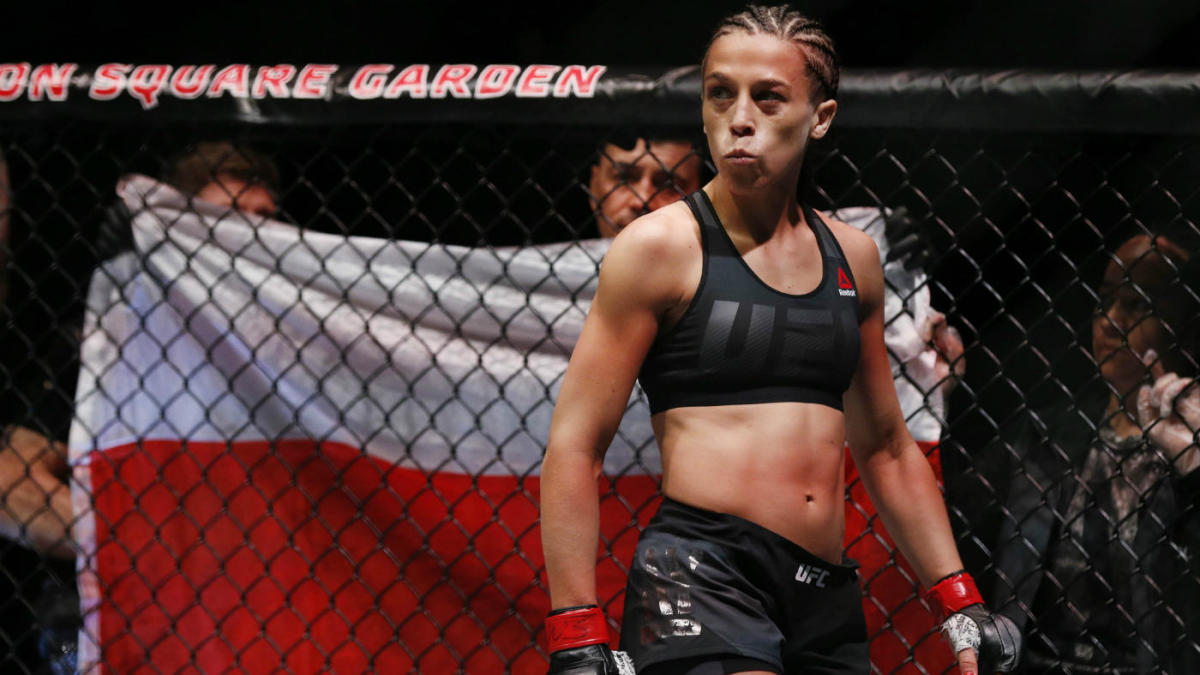 Joanna Jedrzejczyk’s foot looked bad  at the end of her five round fight with Michelle Waterson this past weekend. She was limping during her post fight celebration. She even talked about her foot being broken in probably three pieces during the post match press conference.

The photos of her feet posted by Ariel Helwani only increased the concern for her by her well wishers.

However, the former champ has now revealed that her foot is not broken. Consequently, people can anticipate a faster return and recovery for her to the Octagon.

This is how @joannamma’s right foot looks a day after her win last night. She is currently awaiting X-Ray results on both feet, her team tells me. The belief is she injured her right foot by the third round. pic.twitter.com/8wK65VIDqm

“It’s good news,” Jedrzejczyk told MMA Fighting. “Both feet are very swollen but it’s good. I’m happy it’s not broken. I don’t need surgery. I will be back faster so I can fight faster. All the exams they did before when they touched the foot, they said oh it’s broken, it’s fractured but in the end when after I was at the [emergency room] yesterday morning, they came and told me that it was not broken. I was like really? We were all really surprised. But it was good news.”

Joanna damaged her foot during the end of the second round during her win over “The Karate Hottie”. The Polish ex-champ outstruck Waterson 226 to 71 over five rounds, earning a 50–45, 50–45, and 49–46 scores from the judges.

Jedrzejczyk has already claimed that she’s definitely fighting current strawweight champ Weili Zhang next, just as soon as her foot heals up.

Previous articleBrendan Schaub thinks Cain Velasquez will ‘juice the f*ck up’ in WWE
Next articleThomas Gifford to critics: I went out on my shield!