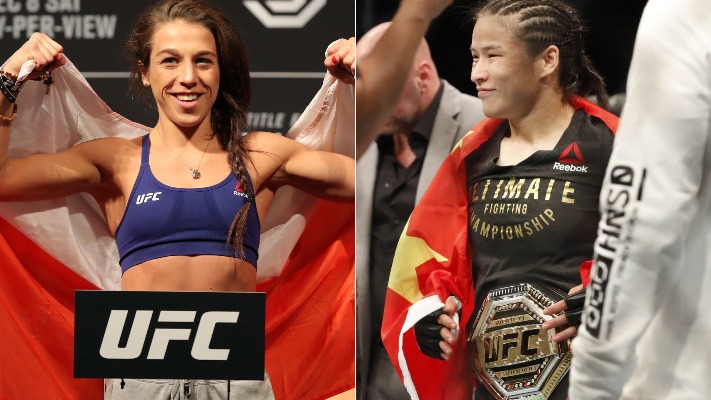 Ahead of her fight, Joanna Jedrzejczyk believes she has an upper hand in her fight against Zhang, who became China’s first-ever UFC champion by beating Jessica Andrade at UFC Fight Night 157 via KO in the first round. 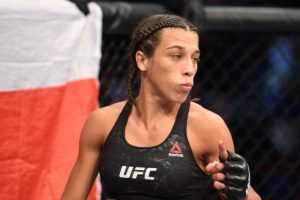 “They [Zhang and Andrade] both are are very similar fighters,” Jedrzejczyk said on the UFC Unfiltered podcast. “Going forward, throwing loopy punches, looking for good wrestling, like strong wrestling. They’re not very technical fighters but they’re very, very strong, so I think this fight is going to be very similar. I will have to cut the angles, slip, counter, use my timing, my length, my reach.”

“She’s so big. She’s big. She’s huge and she throws very hard punches,” Joanna Jedrzejczyk added. “But I’m more experienced. I’ve been through these championship bouts so many times, so I’m a real five-rounder.”

Before Zhang knocked out Andrade in 42-seconds, she was coming off of a three-fight winning streak in the UFC. She defeated Tecia Torres at UFC 235 prior to beating Andrade.

Jessica Andrade who has fought both the female fighters had said in an interview a few months ago that Weili would beat Joanna.

Meanwhile, Joanna is coming off of an impressive decision victory over Michelle Waterson at UFC Fight Night 161.